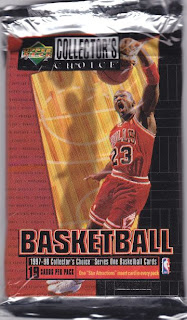 And we're on to pack 4 of the series that nobody asked for (i.e. the NBA repack that I bought) and this one is a doozy. Doozie? Doozy. 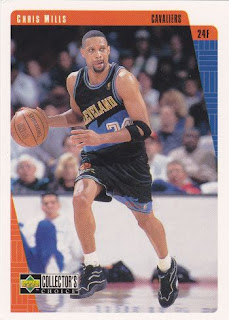 24 - Chris Mills (Not to be confused with Chris Mihm.) 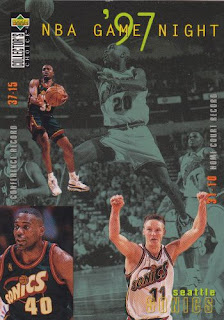 180 - Seattle Sonics NBA Game Night '97 (These are interesting cards featuring a collage of the key players on the team.) 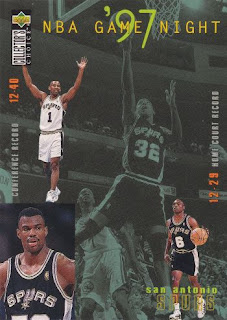 179 - San Antonio Spurs NBA Game Night '97 (This was coming off the year that the Spurs tanked the season to get Tim Duncan. David Robinson was hurt and Dominique Wilkins ended up being the leading scorer.) 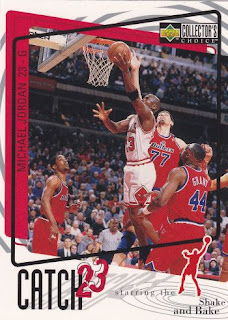 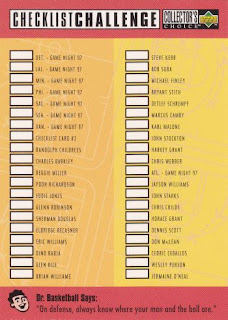 199 - Checklist Challenge (UD decided to make checklists a "challenge" by not including the card numbers. Hilarity ensues.) 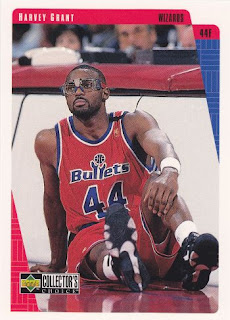 152 - Harvey Grant (The lesser known of the Grant brothers decided to wear goggles to be as cool as his brother, Horace.) 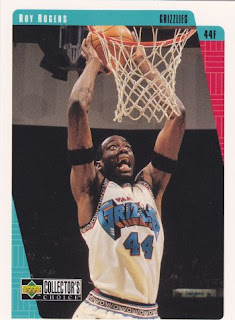 147 - Roy Rogers (Yes, Vancouver is putting on the Winter Olympics soon and yet they couldn't even sustain an NBA franchise.) 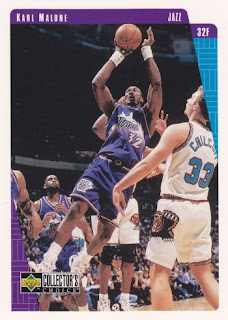 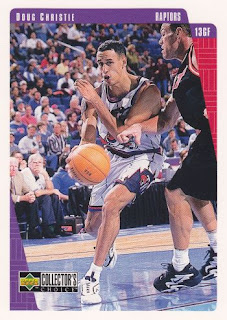 137 - Doug Christie (Yes, I know this is a different team, but I saw that the Minnesota Timberwolves wore retro uniforms the other night. Considering that I can easily remember the beginning of their franchise, that seems mildly hilarious to me. Besides, who would want to relive those days, anyway? And yet their team seems in no better shape right now than they did when they were an expansion team. Hey Raptors, do you feel like bringing back the dino unis for a few games? I didn't think so.) 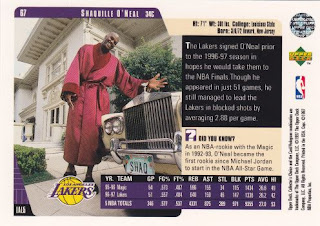 67 - Shaquille O'Neal (This is pretty hilarious, I must admit.) 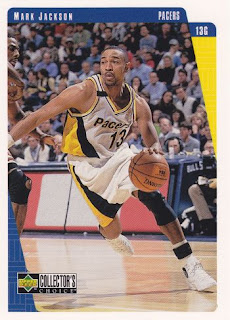 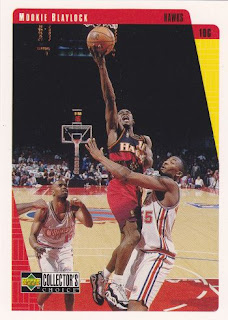 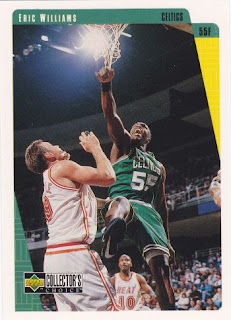 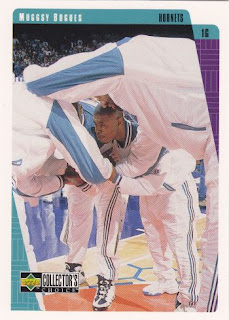 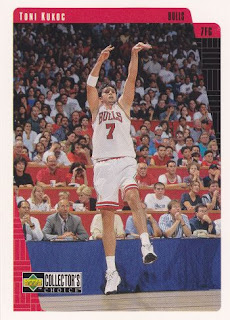 Meh, the Grizzlies owners were all assholes who were hell bent on moving the team out of Vancouver. As far as I can remember, they always supported their team well despite the crappiness of their team. I'm convinced that Steve Francis' stupid whining about not wanting to play in Canada led to this team's demise.

They're doing a lot better in Memphis, aren't they?

I'm not big into basketball and have no idea which of the guys on the card is Corie Blount, but I do share your hatred of Kobe. He sucks.