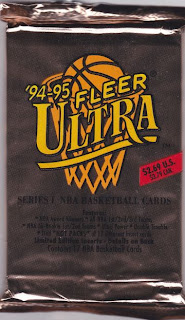 Here it is, the terrifying conclusion to the basketball repack box that nobody asked for. Ultra was Fleer's answer to Topps's Stadium Club line (or was it the other way around?) In either case, for the most part you get high quality full bleed photography and "premium" card stock. 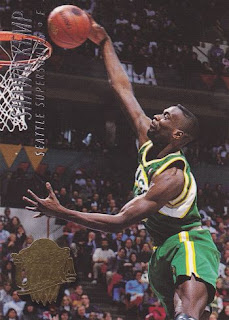 177 - Shawn Kemp (This is when Shawn Kemp was still awesome. I'll lay off the big guy and won't mention anything else.) 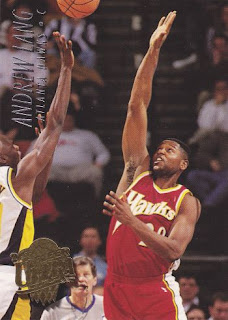 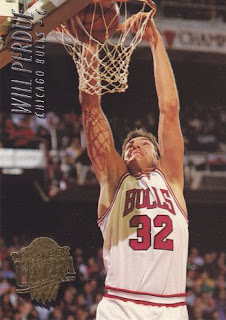 30 - Will Perdue (Internal dialog: "Wasn't Purdue a Blazer at some point or am I totally making this up?" I had to consult Wikipedia which proves I'm not crazy.) 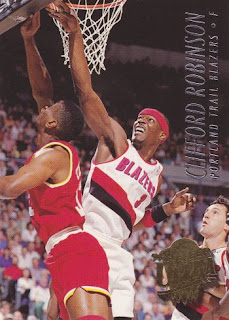 160 - Clifford Robinson (Definitely a Blazer! I don't miss the headband era, but if there was one Blazer who was born to rock one it was Uncle Cliffy.) 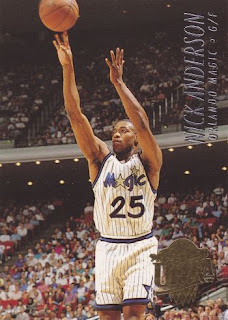 131 - Nick Anderson (I have a friend who idolized the Shaq/Penny era Magic. My favorite player on that team was always Nick Anderson, but I was also in love with shooting the 3 when I was that age.) 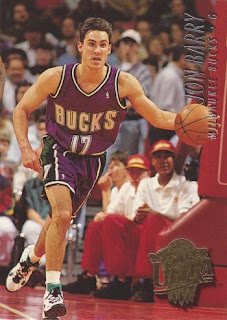 103 - Jon Barry (Jon Barry had a very long career for someone who didn't really excel at anything. I'm trying to make this a compliment.) 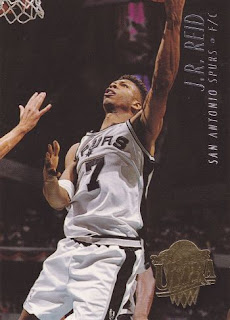 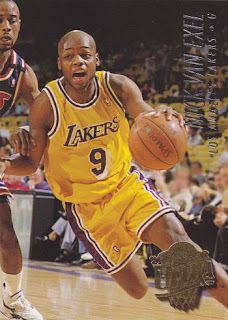 91 - Nick Van Exel (For some inexplicable reason I was a big fan of Nick the Quick's in college when he played for the Cincinnati Bearcats. I wasn't all that thrilled about him becoming a hated Laker, but he made his way around the league and even made it to Portland at some point.) 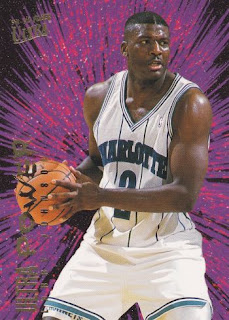 3 of 10 - Larry Johnson Ultra Power (Man, the '90s were awesome. This card has sparkles on it, which are not quite so evident in the scan. If you replaced LJ with a Tiger Beat coverboy, this wouldn't have looked out of placed pinned up on the wall in a middle school girl's bedroom.) 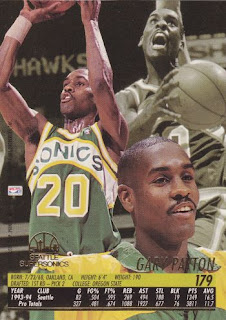 179 - Gary Payton (There are no less than 3 photos of each player on the back of each card, which is great. Guess which picture of The Glove is my favorite?) 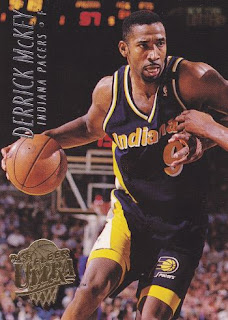 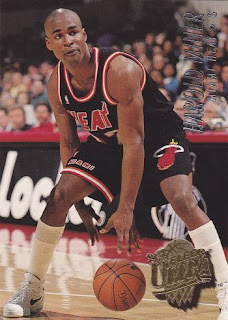 96 - Harold Miner (Of all of the players annointed as the Next Michael Jordan, "Baby Jordan" might have had the toughest luck in trying to live up to the hype.) 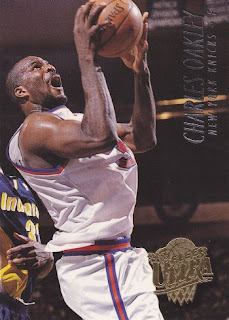 128 - Charles Oakley (The Knicks were practically forced down my throat in the late '80s and early '90s but somehow I grew to like them a bit as a more palatable Eastern Conference alternative to the Bulls or the Pistons.) 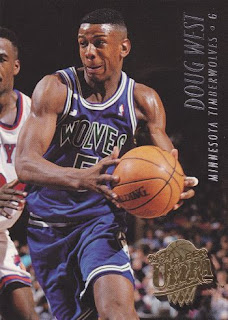 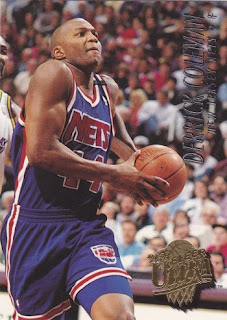 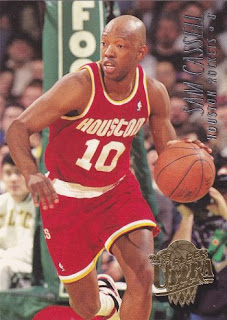 65 - Sam Cassell (And finally, we'll finish up with two of the all-time goofiest looking guys in the game.) 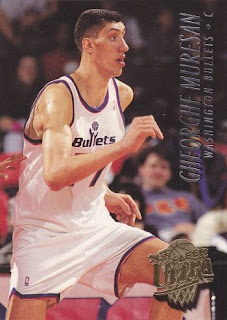 196 - Gheorghe Muresan (I wonder if Washington will ever do a Bullets-themed retro jersey night.)
As always, send me an e-mail if you're interested in any of these cards.

I loved 90's basketball cards. Great insert pull with Grammama. I wonder whatever happened to him. He'd be great on like an NBA TV or something.

You are on the verge of a Blazers related "hot pack"! Shawn Kemp played for the Portland to during the Jail Blazer days. Oh, the memories...

I remember hearing something back in the day about LJ being illiterate. I'm guessing that would make it difficult to land a broadcasting job, but for all I know it wasn't true.

Do you guys remember Grammama being on an episode of Family Matters? I think Urkel dunked on her. Don't judge me.