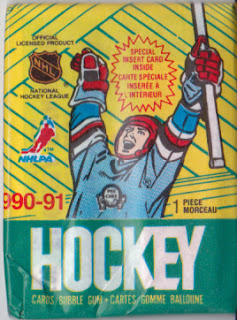 Happy New Year. Let's start the year off with a pack from 25 years ago. Eight cards and one insert in a pack along with gum. There are various differences between O-Pee-Chee and Topps set. First this is much bigger set (528) than Topps (396). Let see what Canadian-brand offer. 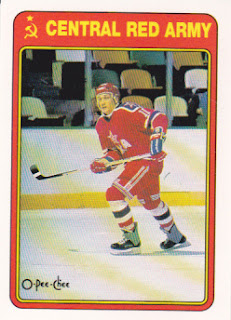 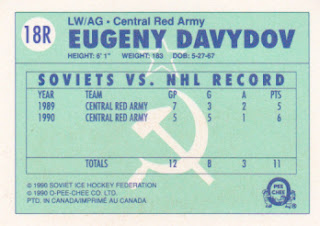 18R - Evegeny Davydov - insert set of Central Red Army players. This is based on Super Series exhibition between Soviet League team and NHL teams. Central Red Army was best of the four Soviet teams with 4-0-1 record. Davydov first card and they misspelled his first name. Played four seasons in NHL with three teams along two stints in the minors afterwards. Returned to Europe playing in various leagues to 2002-03. 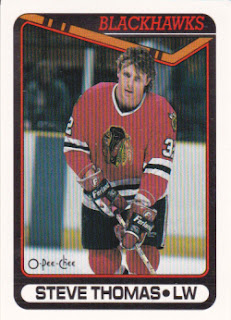 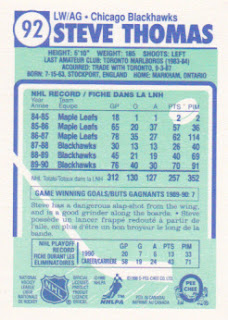 92 - Steve Thomas - same design with Topps but the card stock is much slicker than Topps. Another difference is back of the card is in english and french language. 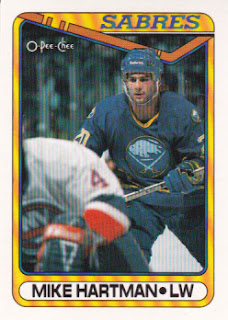 16 - Mike Hartman - after having played four seasons he finally got immortalize on a card. 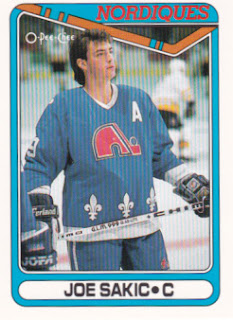 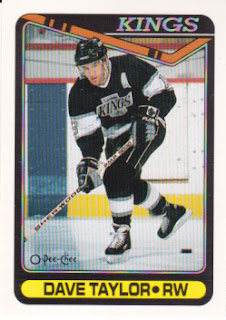 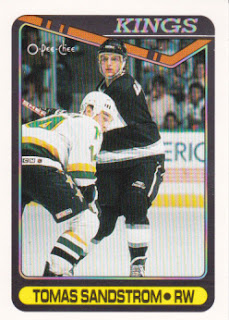 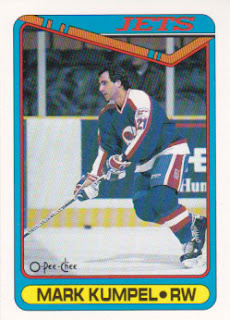 444 - Mark Kumpel - after previously playing 5 years in NHL along stints in the minors he finally got his own card. Turns out be his only one despite playing sixth NHL season. 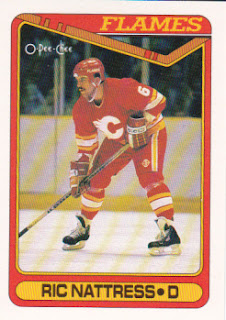 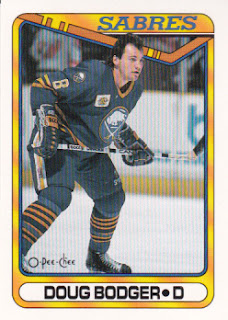 Who wants collect extra hundreds of cards for this set despite having Topps brand one?