Written by JediJeff at 6:14 PM
That title is a mouthful. This was a fun pull out of a repack box many moons ago. As there is no pack posted (yet) of the regular MVP release from this year, I am not sure the difference in the Stanley Cup Edition, though we'll probably be able to figure it out. 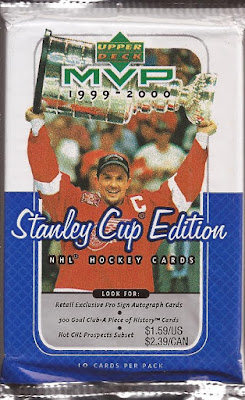 The confusing part of the pack is the star. Hey - I am not saying Yzerman is not a great player. One of the few Dead Wings I will give props too. But this is the 99-00 release. It should be honoring the winners from the 98-99 season, right? That would be the Dallas Stars. So not sure why Dallas got the snub for a Wing, but there you have it. 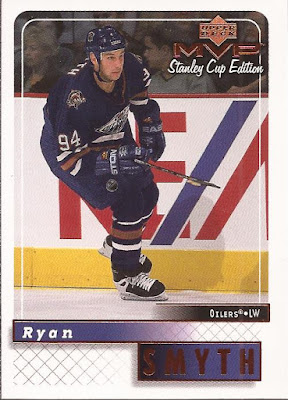 Oh those old "what were they thinking" sweaters from the turn of the century. Lots of bronze foil, with the player last name, the UD and MVP logos and some design lines. With the color fade of the box, the first couple letters of the last name is lost. MVP is never full bleed, so you get a border. Too much room at the bottom of the card. 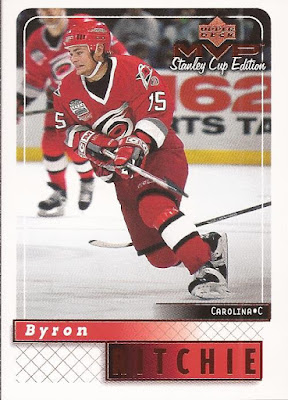 It seems the MVP cards are just a small step down from the fine images on the base UD hockey release. Still good, mind you, But just lacking some punch. 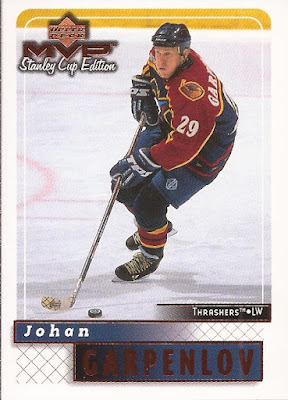 WOOF!! As bold as this sweater was from the Thrashers, it was equally as ugly. 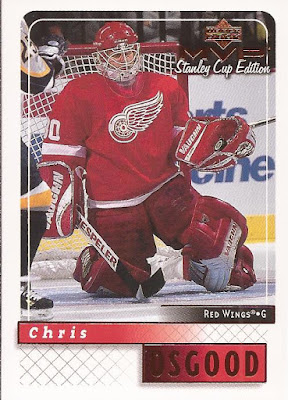 Osgood and his non painted, boring facemask. Puck in his catching glove though. Good image. 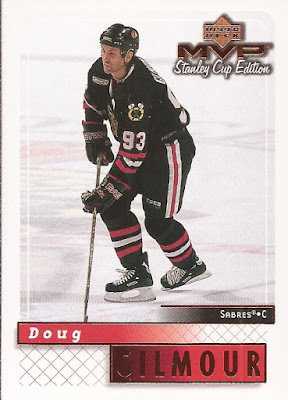 No shopping with UD. Dougie still in the Indian head sweater even though he is listed a Sabre. And this was when Buffalo had that crazy red and black color scheme, so the card could be mistaken as a Blackhawk, except for the name. 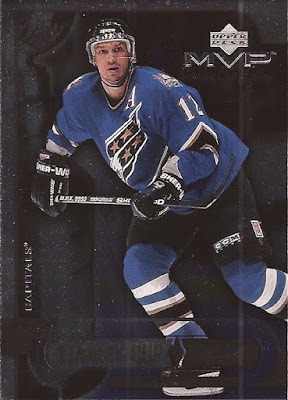 Insert. All foil. Scanned like hell. And the flying eagle was such a crappy logo. Moving on. 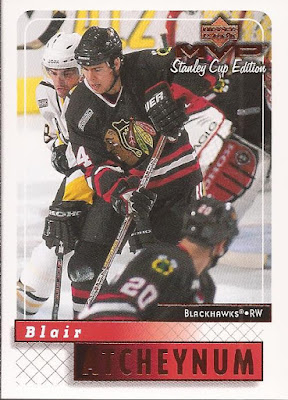 A real Blackhawk this time. Atcheynum was a bit of a journeyman winger, never really playing too much in the NHL. 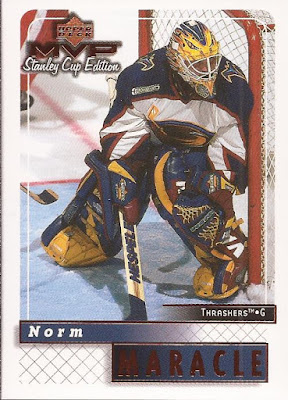 The Thrashers white was a good sweater. The best part here, though, is Maracle's matching pads. That is a fine look. 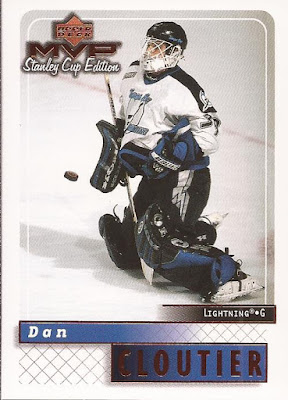 Cloutier - another with a boring cage mask like Osgood. If I pulled a Hasek, I think that would have won me Powerball. 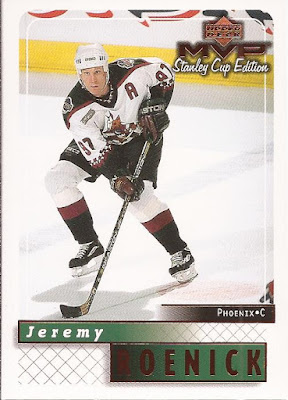 JR. This guy deserved to be a Hawk his entire career. Old Man Wirtz just wouldn't pony up the cash he deserved. I have to to to COMC to get the card back, cuz I forgot to scan one. 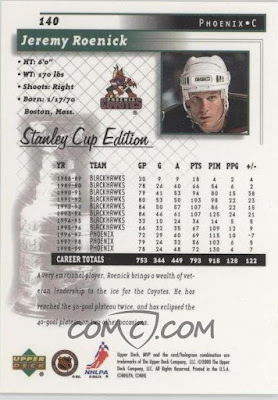 Full career stats and an image of the Holy Grail. There's the Stanly Cup Edition. Ohhhhh...... If only someone would find a pack of the regular 1999-2000 Upper Deck MVP hockey release to post so tat we all could compare the differences. Maybe someday....... maybe.