1998 Topps The X-Files: Fight The Future

Written by Jafronius at 10:55 PM
Greetings!

Hope everyone is doing well.  Tonight FOX aired the second episode of the six-part X-Files mini-series / event / return / Season 10 / whateveryouwanttocallit. I call it glorious.  I was a big fan of the series and had no problem seeing it's return to the airwaves, as long as you can "get the old band back together".  Sure Mulder's looking more tired and Scully's hair isn't as red (but still in heels), but hey, it's their show, and if Chris Carter's got stories to tell, you might as well tell it with them as the leads.

Anyway, to mark the event, here's a pack of 1998 Topps The X-Files: Fight The Future! 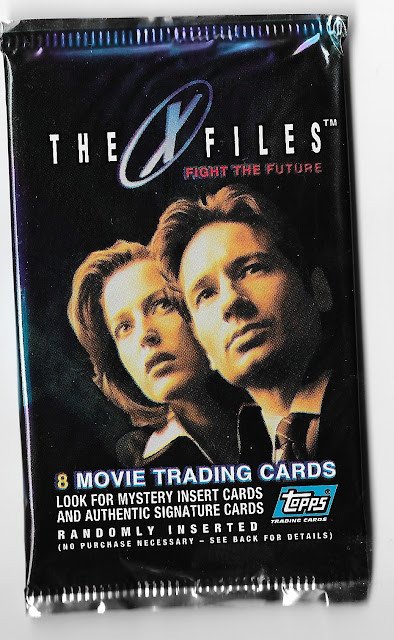 Fight The Future was the subtitle of the first X-Files movie, which aired between seasons five and six of the series (the peak of the show's popularity).  Many moons ago I came across packs at the LCS, and after confirming that I apparently never bought any of it when it was released, picked a couple up for nostalgia's sake...good thing I stopped at a couple packs, because just like my DS9 experience, 15+ plus years in a sealed pack did not bode well for the FBI agents.  Here's what I got: 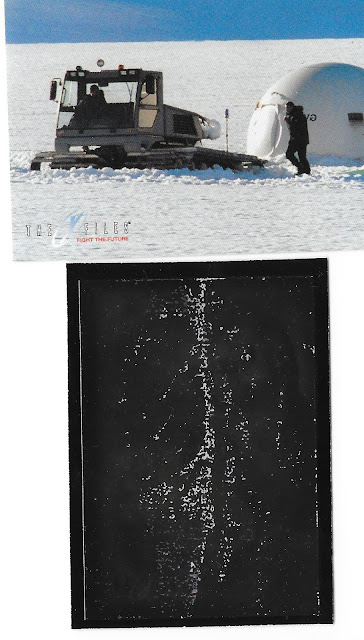 Yikes, the Mystery Card took a beating.  Too bad too; they came 1 in 12 packs.  An image would be revealed if you applied heat to the card, like rubbing your hand against it.  I made the image and then scanned it, but most of the picture went away by the time the scan finished.  This one is a curled up alien fetus; you can kind of make out it's head in the upper right corner of the card.

This was a 72 card set with character, story, and behind-the-scenes cards.  They had autograph cards too, but just of the secondary characters. 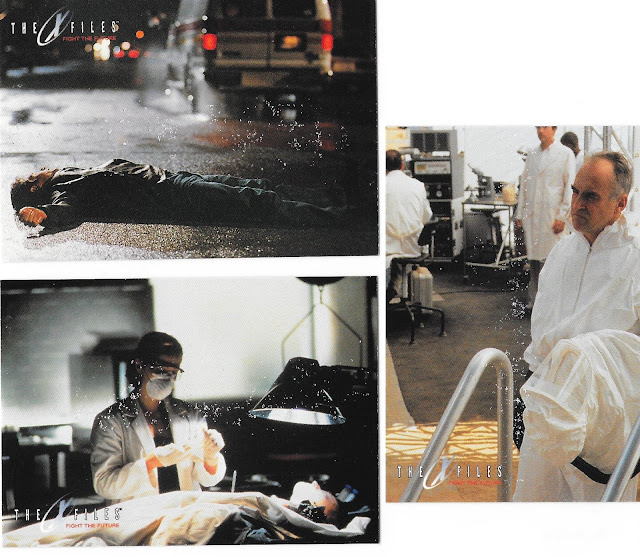 I scanned some of the backs for you:

You'd be lucky to get a write up like that in movie sets these days.

Email ThisBlogThis!Share to TwitterShare to FacebookShare to Pinterest
Labels: 1998 Topps The X-Files: Fight The Future

Big X-Files fan here. I was not aware of these cards. Excellent!