Written by JediJeff at 5:30 PM
USA football is back! Well, I don't think it left in 2014, but we haven't posted a pack of it. Then again, I am not sure if it was produced. Hmnmm - Cardboard Connections say it was. Anyway, until we find that (and I am in no hurry to), let's jump a year and look at this year's offering. 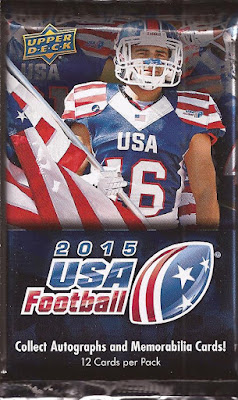 This is a hit product. The box is 18 packs, and you should get a hit in a dozen of them. Mostly autographs, but there are two relics per box. I was pretty harsh on the 2013 release of this. Has my feelings changed? 12 cards in a pack - we'll go two at a time. 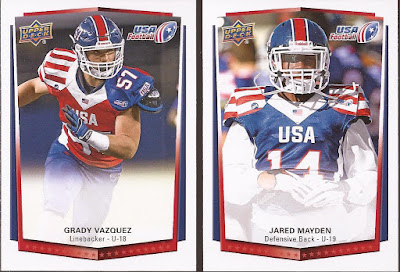 The design is an improvement from 2 years ago. With all the hits, you can see the base card design mimics the autograph card design, except that is looks like hell. Decent photos of flag desecration uniforms. These are all high school kids, so who knows how many make it to the big leagues. 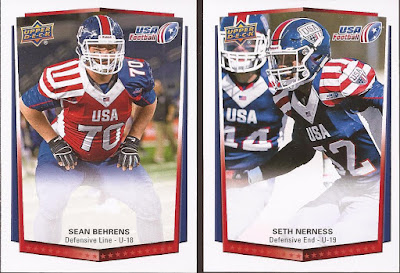 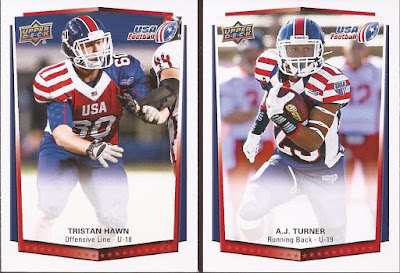 In 2013, there were Canadians in the packs. So far, nothing but Yanks. 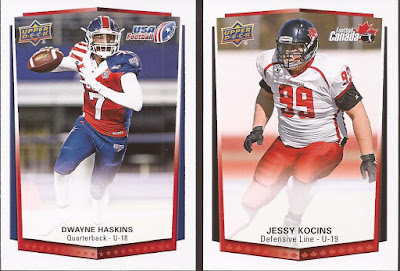 Yeah - I set you up for that. Canadians do appear in a product named USA football. 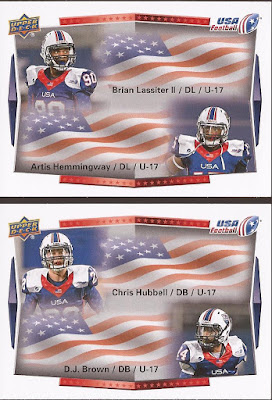 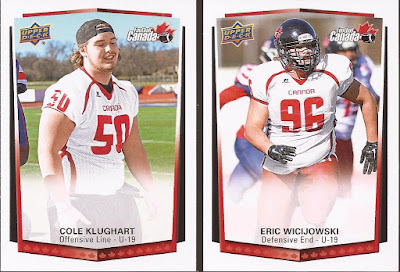 All Canucks at the end. And I beat the odds and did NOT pull a hit. That's fine with me - this is not a set I would collect.