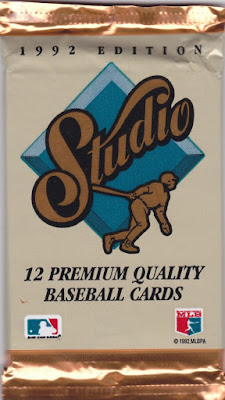 Leaf followed up their now legendarily awkward debut Studio set with another set with an interesting border color choice and more staged portraits, this time placed in the foreground in front of newsprint style B&W background shots. I was never a big fan. This pack was a bonus that was included in one of those $4.99 repack boxes you can pick up at the drug store while waiting for someone to get their prescription filled. You know the deal. 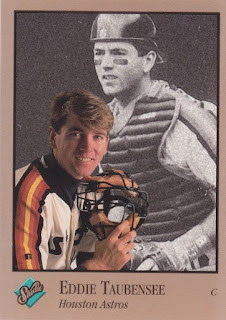 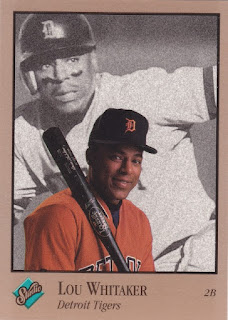 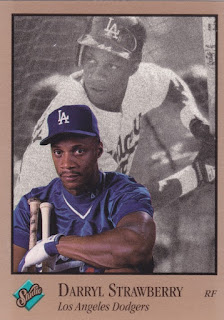 50 - Darryl Strawberry - Strawberry was such a star in his New York days that I remember one of my middle school classmates doodling Darryl's name over and over on all of his notebooks during class. The '90s were not kind to him. 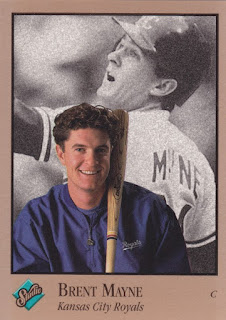 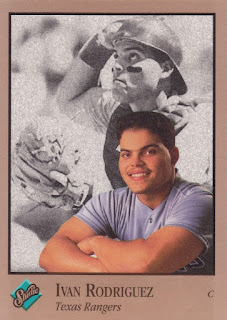 246 - Ivan Rodriguez - I think catchers not wearing their helmets is the true Big Reveal in these Studio sets. To be fair, almost any time a baseball player takes their cap or helmet off, I begin to think they made the wrong decision. 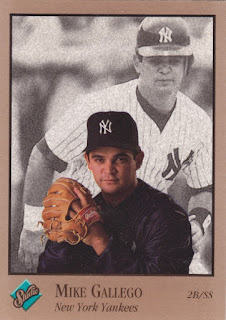 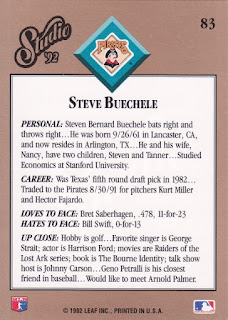 83 - Steve Buechele - The backs of these old school Studio cards are arguably just as popular as seeing awkward ballplayer portraits. How else would we know that Steve Buechele was a big fan of The Bourne Identity before it ever became a movie franchise? 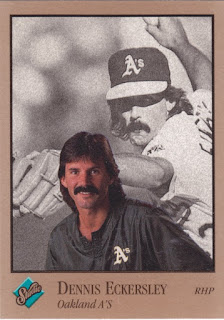 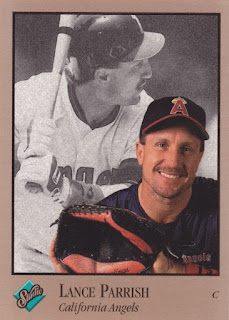 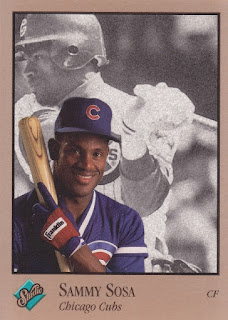 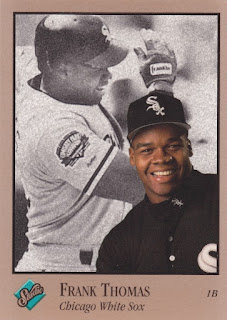 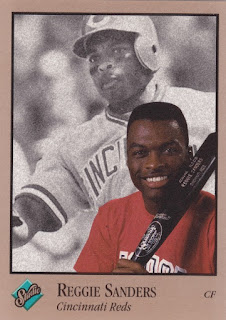 29 - Reggie Sanders - Sanders was a key member of the 2004 pennant winning Cardinals team but spent most of his 17 year career outside of the limelight.

Email ThisBlogThis!Share to TwitterShare to FacebookShare to Pinterest
Labels: 1992 Studio

I agree with Mike 93 Studio is one of the best, but I actually really liked the 91 and 92 sets. There are what they are, staged portraits of baseball players. But I probably like it because they were unique that way, not that I wanted 8 sets like it.