Written by JediJeff at 5:30 PM
Good timing on Random to select a football back a couple says before the big game. And that is the last time I am referring to it as the big game, cuz it's the frigging Super Bowl. The NFL and all their lawyers can suck it - I am calling it what it is. 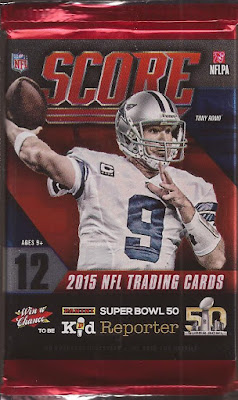 Tony Romo gets the cover. At least it's not Manziel. Some break from frat boy's face on everything from Panini. 12 cards in the pack and there are autos and relics, but they are tough pulls falling at one in a hobby box. You have your usual colored parallels and 29 image variation cards available. 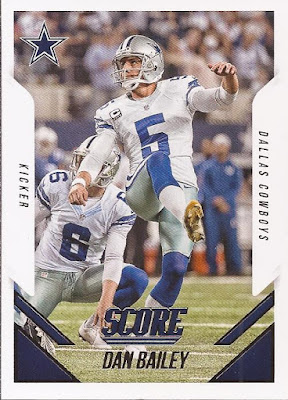 .
So Bowman Score football has some decent action shots. The layout, though, with the white bars on the side for team and position cuts into the image. Then the have the color blocks at the bottom with the players name all foiled up. Team logo at the top. I have seen worse, but this design has too many design elements. 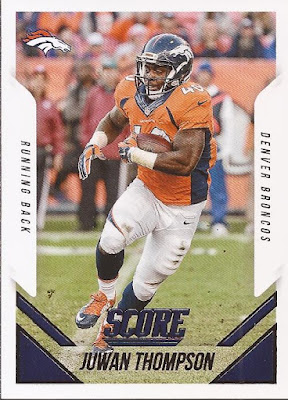 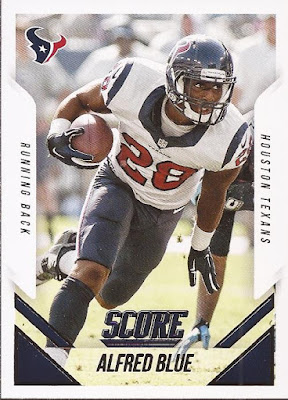 You can't quite tell yet, but the blocks at the bottom do match up with team colors. See? And you can finally tell where the foil is - borders on the Score logo, which is far too large, and on the diagonal lines/triangles at the bottom. Player name is full foil, though. 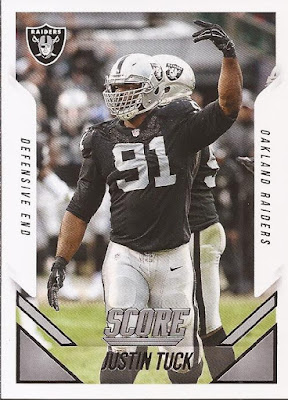 The white bars on the side do focus your eyes on the player, but it makes the card style feel clunky. Probably just me and my jaded view of the world. 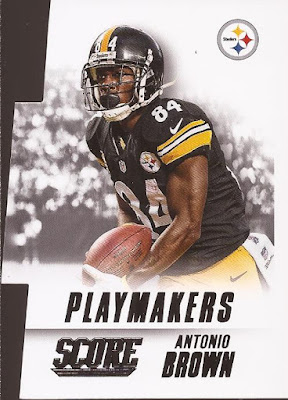 First (of many) inserts, this being Playmakers. Hard to tell, but this is a die cut, The whole left side that is black is actually a piece of paper I placed behind when I scanned. Interesting die cut, but not too sure the reasoning. 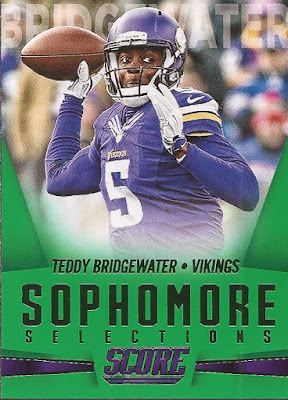 Sophomore Selections is a unique idea for an insert set. This is a green parallel of the card. Green and purple do not go well together. 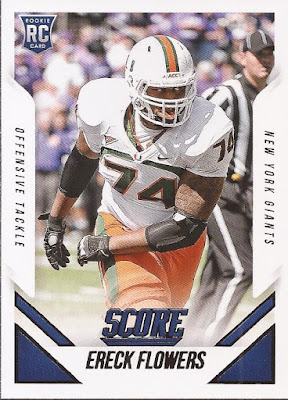 Rookie card. I am not sure if all the rookies show in there college colors, but Flowers here does. 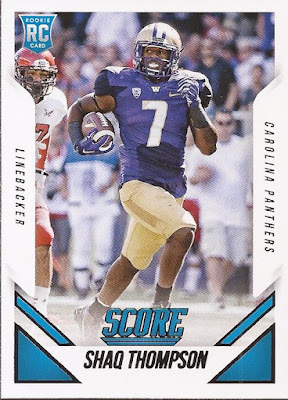 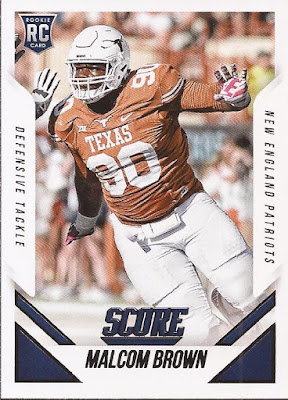 And Mr. Brown. Ok - I'm going to say that rookies are in their college uniforms. 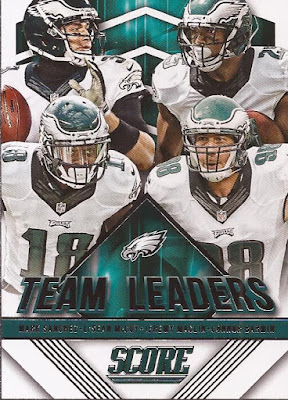 Team Leaders insert set. Wow - that is a lot to cram on a card. I wonder what one of these would look like if you got all four pictured players to autograph it. 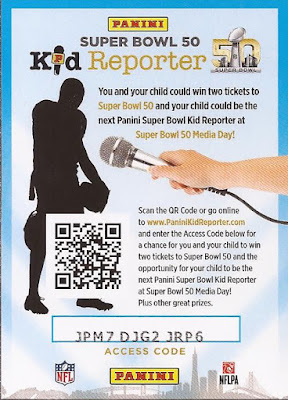 If you are counting, then yes - this was the 12th card in the pack. I don't know if I was actually shorted, or if Panini REALLY thinks a damn ad code card counts as one of the cards in the pack. I would like to think I am shorted. Otherwise, I think we have a law suit. 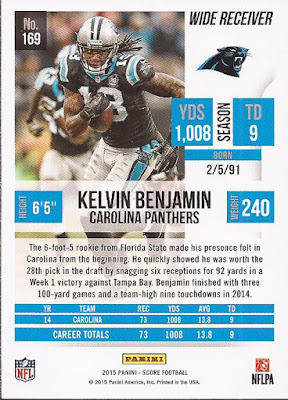 Back of the actual base cards. Recycled image, though I do like that the biography of the player floats over the image. That's a nice look that isn't used enough in cards. And the boxes in the upper right of the previous year's stats is nice. One of the better backs for Panini, even if you are only getting one year and then a career total at the bottom. Trust me.

I was hearing it called the "Golden Game", I'm with you it's SUPER BOWL!