Written by JediJeff at 4:04 PM
We've posted a couple packs of the minor league release of the Heritage product. Here's the 2014 release, which is not that different from the MLB release - just goofier club names. 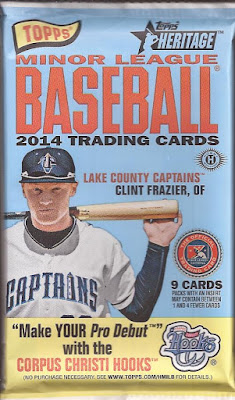 The pack is similar to the base 2014 Heritage release, just busier. Lot of logos on the front, including a chance to be a pro for a day with a minor league team. Nine cards with hits possible. Being so similar, we are blowing through the cards with little comment. 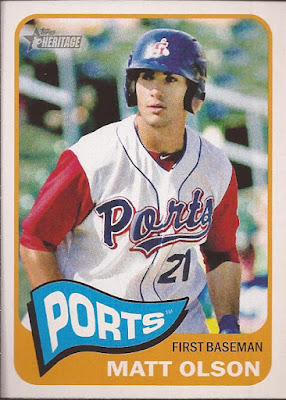 Like I mentioned - it's the exact same style as the MLB release of Heritage, which mimics the 1965 design. You just get the minor league nick names in the banner. 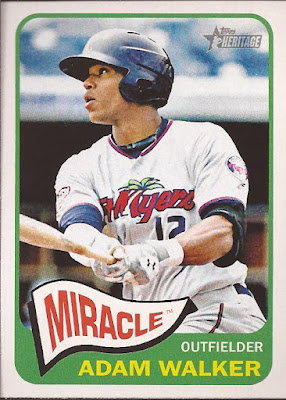 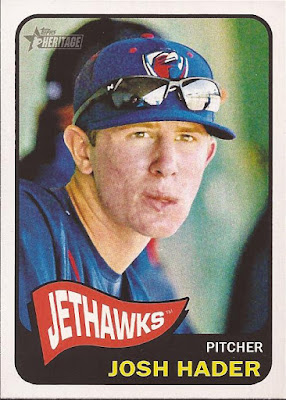 You do get some nice cap logos in the minor leagues. 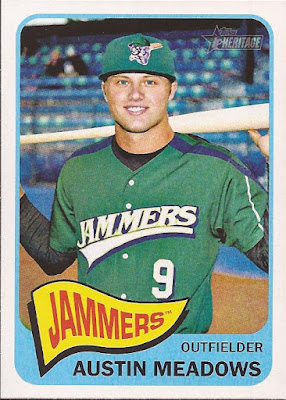 And cards of players (hopefully) before they are big stars. 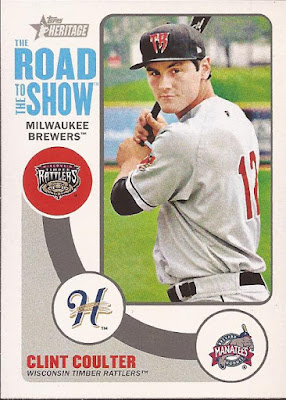 Here is an insert exclusive to the minor league release, showing the player's progression through the club system. 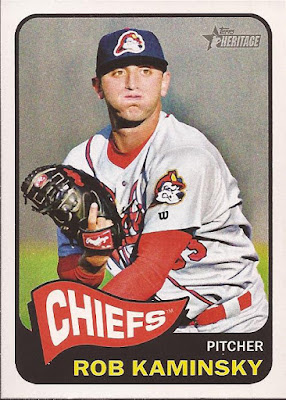 Pitchers work on their derp faces in the minor along with sliders and change ups. 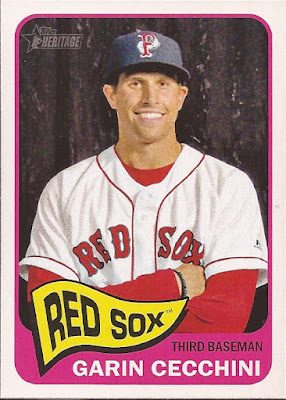 Of course, the Red Sox have boring minor league names. 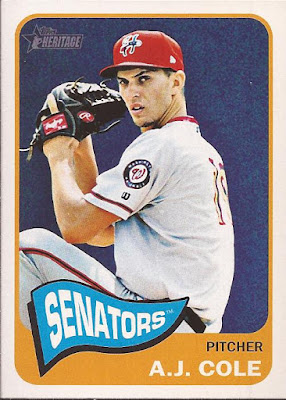 Ditto for the Sens. 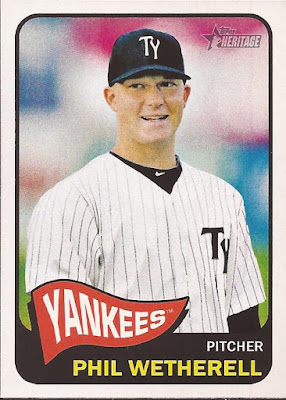 Ty Cobb should have played for this team. 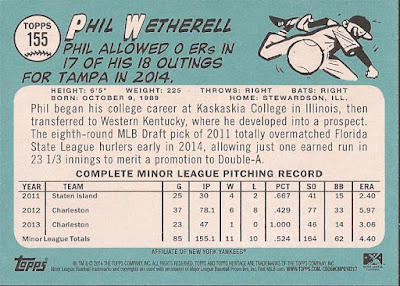 Same back at the MLB Heritage release. Topps does list the affiliate club at the bottom, which is nice.