Written by Rebel Coyote at 6:39 PM 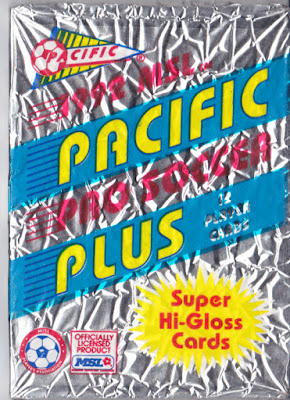 World Cup is going on in Russia and look what I picked up at the local card shop. I love the junk wax era. Major Indoor Soccer League started in 1978. They would change their name to Major Soccer League in 1990. By 1992 it was all over as the league would fold after the season. MISL would come back in 2008 lasting to 2014. There are 12 cards in this pack. Only player I heard of was Tatu from Dallas Sidekicks because he was profiled on Sports Illustrated Kids magazine way back then along with a card. 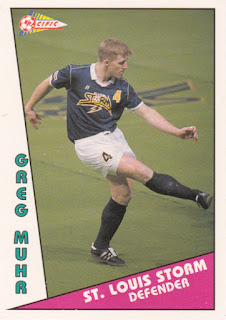 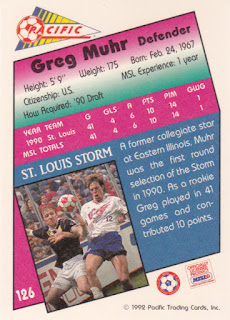 126 - Greg Muhr - good photo shots with player's name, team, and position. Back listed with games, goals, assists, points, penalty in minutes (I wonder what the rules are for the league), and game winning goals. I wish they would put a team logo on it. Despite showing 1990 it meant to be 1990-91 season. 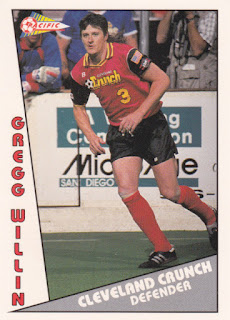 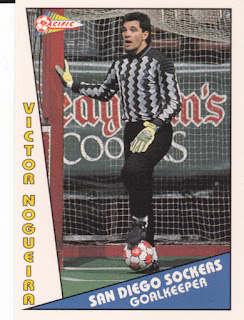 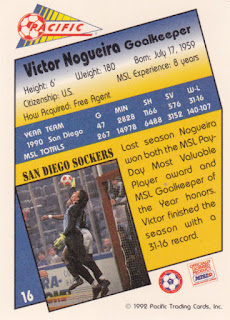 16 - Victor Nogueira - San Diego Sockers was the most dominant team in league history going to 8 MISL championships and winning 7 of them. The team won the last five championships before the league folded. The goalie was MVP in 1989 season along goalkeeper on the year three times. 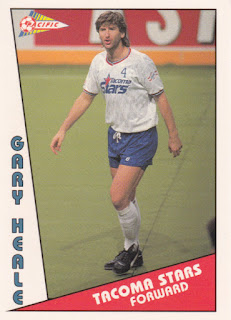 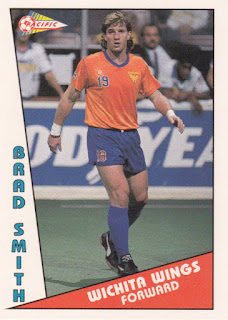 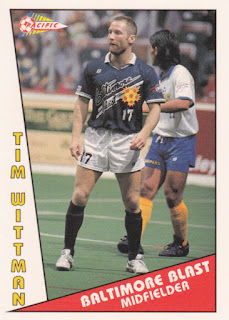 59 - Tim Wittman - Baltimore Blast is the only original team to play entire MISL 14 year existence but here's a catch. The team played in Houston in MISL inaugural season before moving to Baltimore the following season. 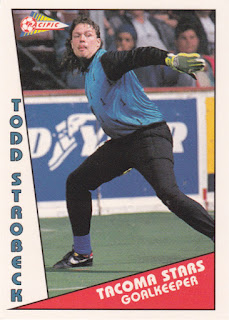 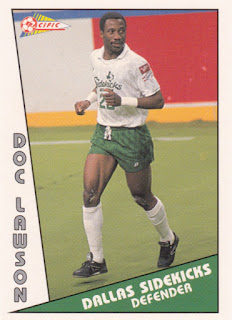 81 - Doc Lawson - last player from inaugural season to play ending his career after the 1990-91 season. 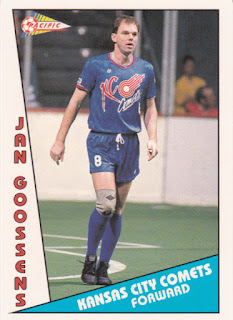 94 - Jan Goosens - one of top players in MISL. It was end of the road for Comets as they folded after 1990-91 season despite being one of teams of MISL inaugural season. 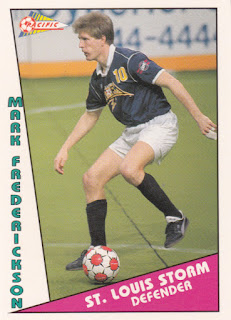 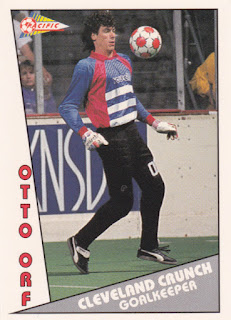 150 - Otto Orf - Cleveland Crunch finish the season on top of their division with with 29-23 record. Orf was at losing end of it with 13 losses and 4 wins.

Is indoor/arena soccer still a thing or the outdoors stadium style game taken over it? Who's watching the World Cup?

Fun fact: I'm a defender, but the team I was on needed a goalie, so I moved to the net. Nogueira was keeper at that time with the Sting, so I went up to him in the locker room for a little advice. He gave me two things to remember:

a) don't over commit
b) if you can't get to the ball, so waste a dive and take yourself out of the play

I haven't watched a complete WC game... yet. Wanted to watch the Japan/Columbia game, but it started at 5am and I accidentally slept in. I'm gonna try to watch them play this Sunday against Senegal... but it's right about the time I head out to the flea market.