Written by Jafronius at 2:23 PM
Greetings!

Hope everyone is doing well.  Back on Monday, The Wifey, the boys, and my mother in law took my father in law to General Mitchell International Airport; he was flying out of Milwaukee for a conference in New Jersey.  I didn't find out until the day after that while I was working and sleeping (preparing for the overnight working), after the gang dropped him off at the airport, they all decided to catch the Cubs - Brewers game at Miller Park.  Lucky them.

They didn't stay the whole game (my mother in law has a thing about leaving early if it's a blowout or if she gets worried about traffic), which is unfortunate for them.  However, they did enjoy rooting for the Cubbies among the Brew Crew fans.

While I was given their game recap, I was told the boys were given baseball cards when they got into the park.  I checked online later and didn't see that it was on the Brewers' official promotional list.  They gave me the cards so that I could post them for all to see...it's 2 promo packs of 2018 Topps Series 1!

They were each given a clear package of 4 Topps Series 1 cards as well as a promo card for Topps Now and the upcoming National Baseball Card Day.  Here's what they got: 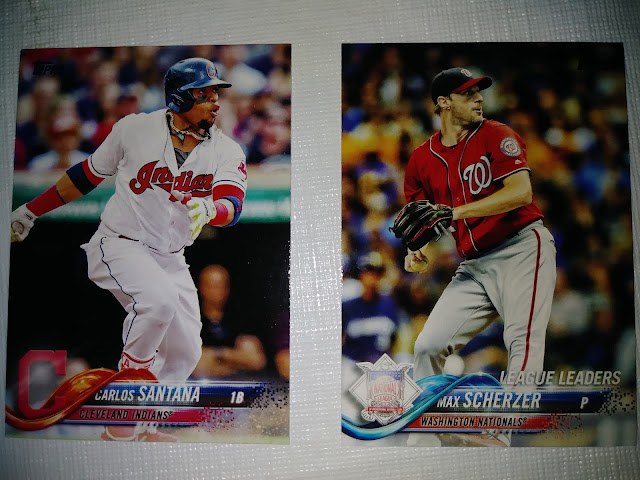 As you can see, these are regular cards, nothing fancy about them.  I was kinda bummed about that, hoping they got some sort of Stadium exclusive release or something. 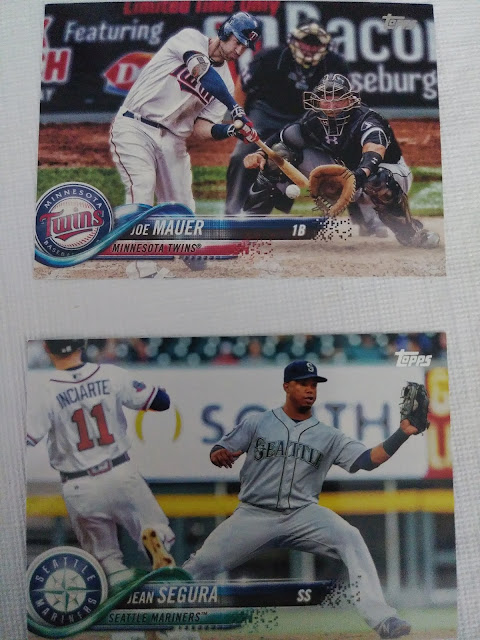 The Mariners are in first place! 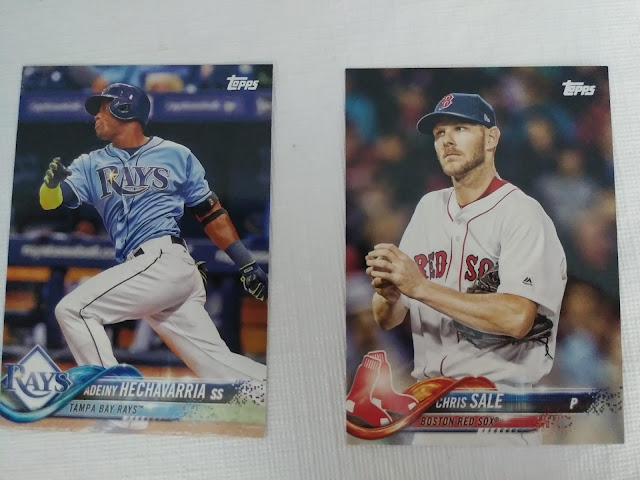 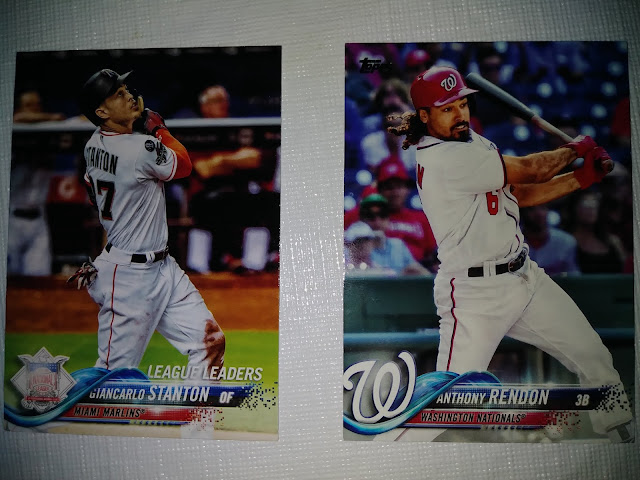 The Marlins aren't in first place!

Here are some backs, as well as the front and back of the promo card: 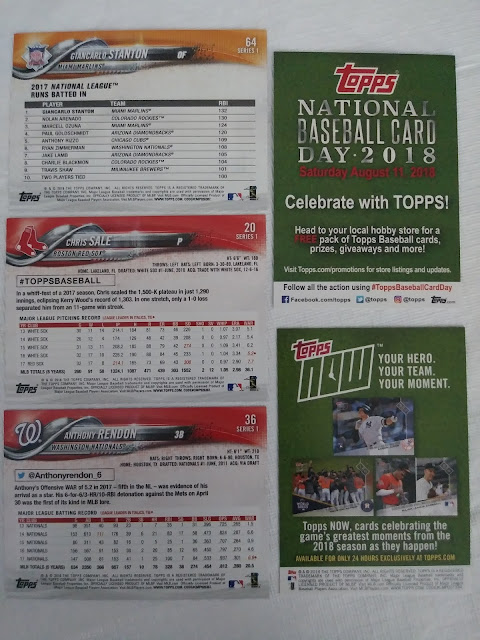 Anyway, those are the packs.  Series 2 was just released but APTBNL has kinda been going retro in recent months, so we're a little behind.  I should be rectifying that unless others beat me to it.  As always, thanks for reading!