The NBA Draft is this week, which feels like a weird thing to say because the Finals just concluded. Panini keeps rolling out more NBA releases no matter what the calendar says. Here's a new one I just discovered. 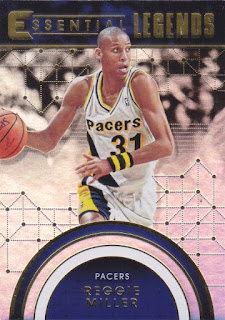 EL-15 - Reggie Miller Essential Legends - The inserts and parallels were bunched up at the beginning of the pack, which is strange. They are all thicker than the base cards. 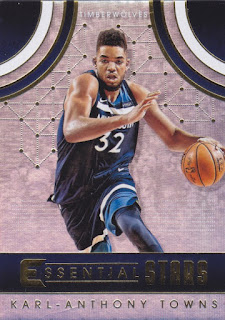 ES-10 - Karl-Anthony Towns Essential Stars - One of the bright young stars of the league. 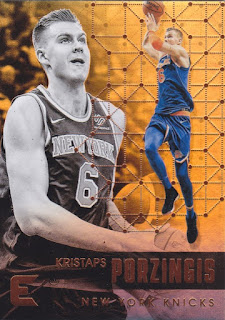 154 - Kristaps Porzingis Orange - This is, I believe, a one per pack retail parallel which is also thicker than the base cards. Porzingis is probably hoping the Knicks will get him some help in the draft. 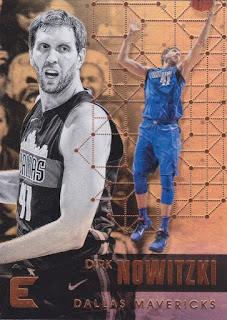 148 - Dirk Nowitzki - Here's what the base looks like. It's a pretty intense design, but I kind of like it. 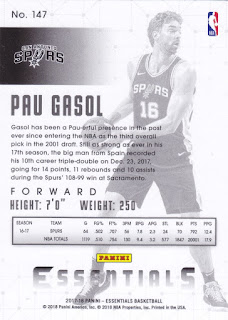 147 - Pau Gasol - Here's a look at the back design. Like Dirk before him, Pau is another longtime veteran big man. 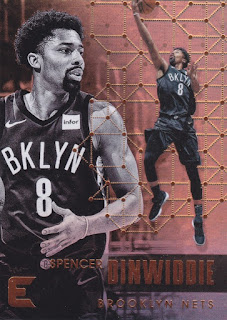 146 - Spencer Dinwiddie - Like the rest of the later Panini releases in this year's calendar, the cards show off the new Nike jerseys. It looks like they missed a few letters in 'Brooklyn'. 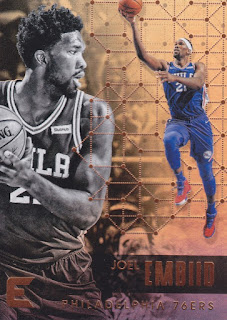 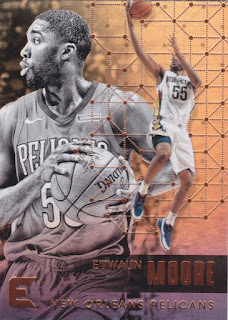 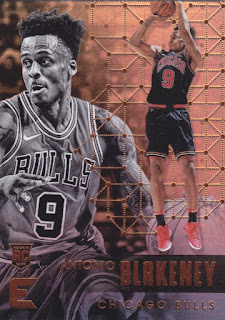 143 - Antonio Blakeney - I have no idea who Blakeney is, but he's a rookie and I didn't watch much of the Bulls this season. They're starting to turn into the Bucks, pre-Giannis days, to me. 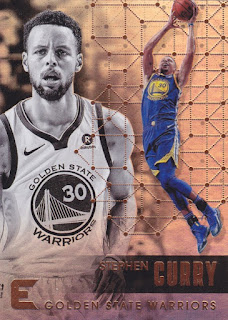 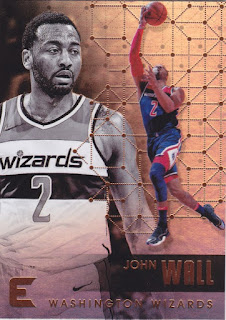 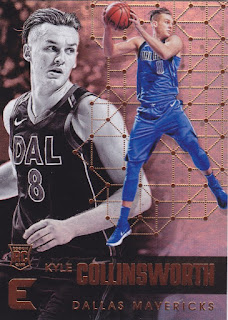 58 - Kyle Collinsworth - Another rook that I haven't heard of. 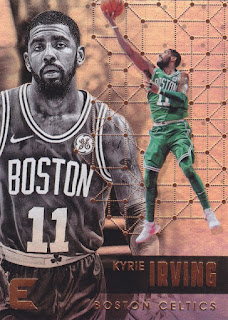 56 - Kyrie Irving - Irving carried the Celtics this season, got hurt, and then they carried on just fine without him. 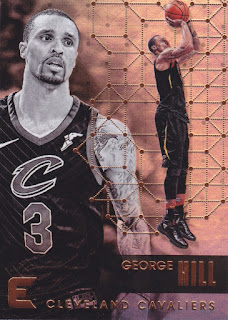 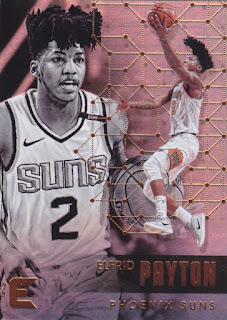 55 - Elfrid Payton - I was happy to hear that Payton finally got this thing cut off his head recently.

Interesting that these have post trade deadline deals in their new uniforms. This probably replaced Excalibur, which would totally make sense as Excalibur finally got good last year. Surprised to see both those rookies. I have heard of them and need both for my project of getting every NBA player ever. I would have been quite happy with that pack.

Nice looking cards a really nice pull. I've been giving these the cold shoulder but I will pick up a pack seeing how they look. Good post.