We have a local retail variety chain in Oregon that has a sports cards section. Occasionally that section has some interesting older packs, which is where I came to find these Excalibur packs from a couple of years ago at what I assume is a discounted price. The NBA season may have come to a close, but we can still open a pack or two around here. 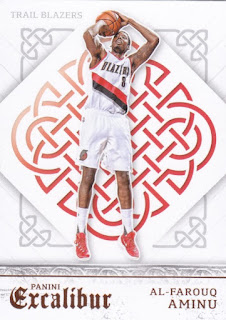 37 - Al-Farouq Aminu - First up is a guy from my team. The Blazers found Aminu at an affordable price when they were attempting to rebuild, and he became an integral part of the team. He probably could technically be classified as a 3&D guy, but he's not a very conventional player.

75 - Jabari Parker - There's no photo on the backs of these cards, and very little room for stats. The Bucks logo is hypnotizing, and somewhat frightening. Fear the deer, indeed. 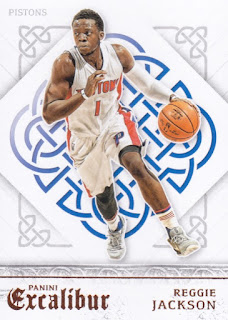 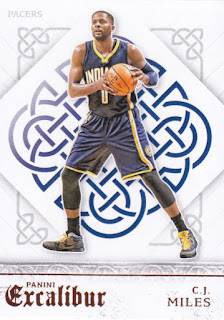 64 - C.J. Miles - I would always get C.J. Miles and C.J. Watson confused, though I think the latter might be out of the league now.

65 - John Wall Crusade - These very swanky Crusade inserts are almost worth the price of the pack themselves. I'm not sure if the pattern here is supposed to be a camo look or Atari 2600. Maybe a little of both? 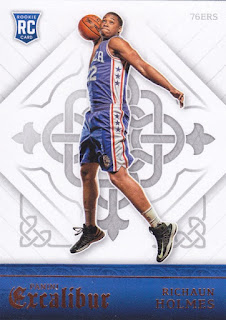 193 - Richaun Holmes - Holmes in a back-up center for the young Sixers squad. Does that make him officially part of The Process? 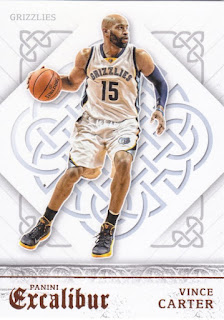 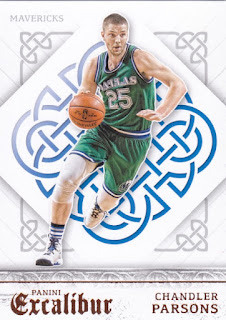 135 - Chandler Parsons - And we end things with a nice throwback jersey. One of the things I dislike about the new Nike deal with the NBA is that most teams seem to have abandoned the throwback concept.