Written by Jafronius at 6:01 PM
Greetings!

Hope everyone is doing well.  The NBA Finals are winding down with it being a foregone conclusion that the Warriors will lock up the title.  I hoped the greatness of LeBron would make it interesting, but one man cannot take down an entire team.  Is this good for the NBA?  I don't see how it is...I don't have as much fun watching the season as I used to.

Anyway, it's been a while since we had a basketball pack on the site, so why not commemorate the Finals with a pack of 2017-18 Panini Prestige! 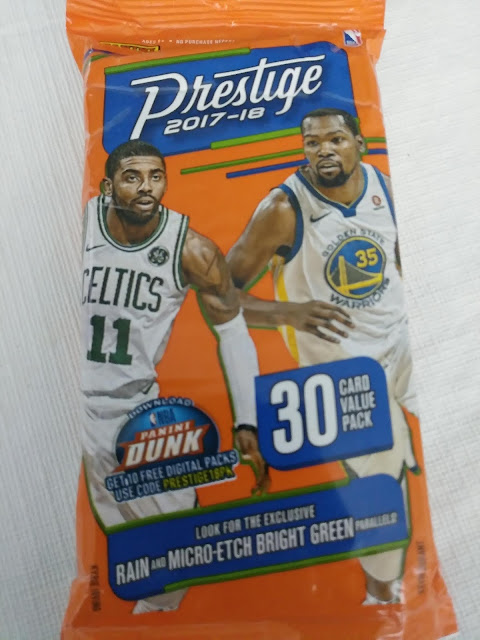 We all kinda know what to expect with Panini, so lets get to it...6 cards per shot: 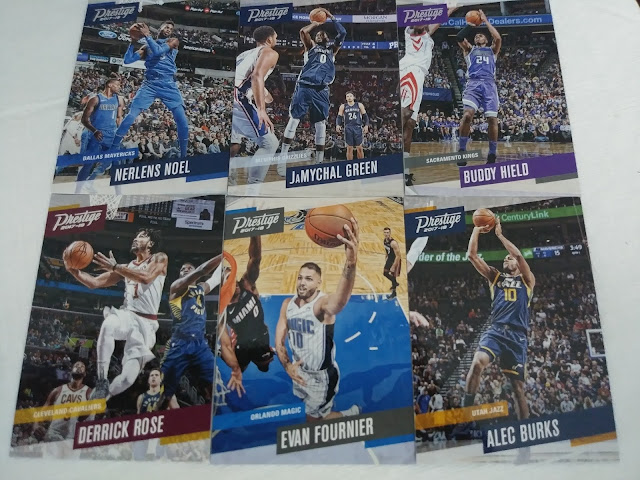 Not a bad look to the set.  It appears the borders are a slight adjustment from that year's NFL version.  The Prestige logo can get in the way of the photo like in that Buddy card. 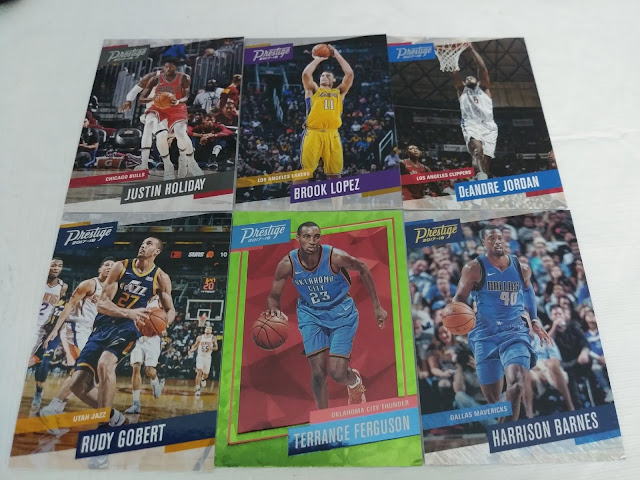 The Ferguson and the Barnes cards were flipped over in the pack.  I'm pretty sure these are the Green and Rain parallels the pack referred to.  Unfortunately, most of the cards in the pack have a pretty noticeable ding on one of the corners, as you can see on the Ferguson. 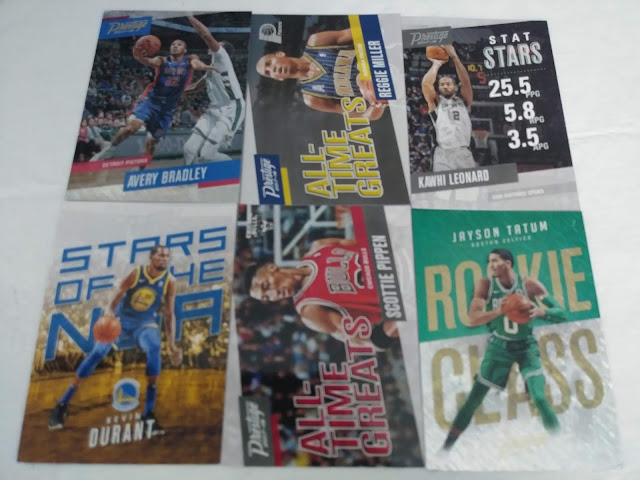 I don't remember if the Bradley card was also flipped over, but the Tatum Parallel was.  The "rain" stands out a little more on that Rookie Class set.  Not sure if getting 2 All-Time Greats in a pack is the norm or a collation thing.  Stars Of The NBA seems unnecessary...why not just an All-Star Game subset? 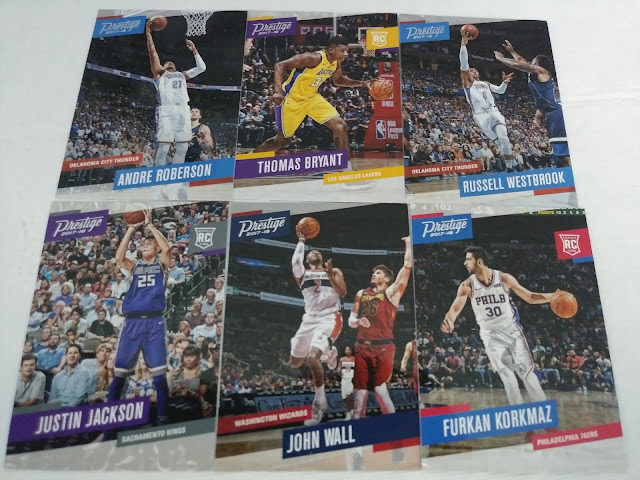 Back to the base.  Here the checklist if you are interested.  200 card set, with the last 50 being rookies.  This leaves 5 cards per team...not sure how they chose who's in.  For example, Tony Parker is not one of the 5 Spurs. 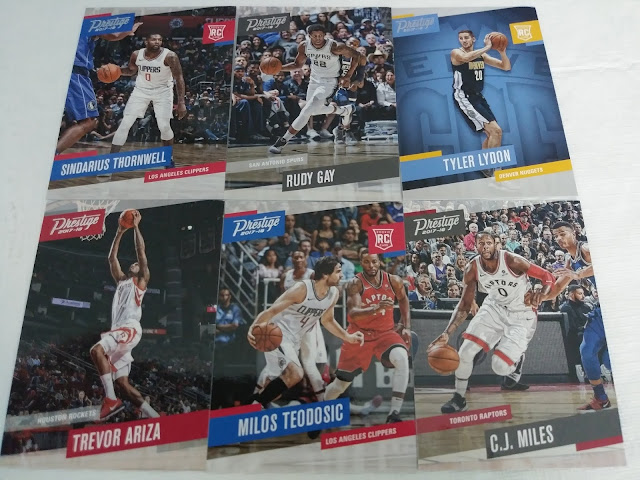 Here are the backs of the inserts (I didn't scan a regular card, but I think you all can assume what it looks like...and you're right): 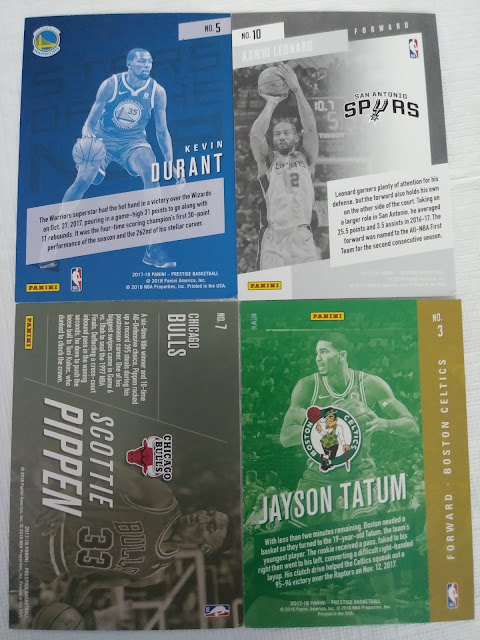 If I counted right, Panini / Donruss released 24 NBA card sets in the 2017-18 card year (retail / hobby / high end).  It seems to me that most of these sets are the same, just different amounts of glossy / foil / whatever.  Then again, I don't have samples from all the sets, it just seems to be the way Panini operates.

Anyway, that's the pack.  Enjoy what's left of the Finals, and thanks for reading!

I definitely wish Cleveland could have put up more of a fight this year. I'll just blame J.R. Smith. I like this set. Is it similar to other Panini offerings? Yes but I still like the design and the inserts. You had a nice pull with a some key big men in Gobert and Jordan, then KD, Wall, Leonard, Westbrook and Tatum. Good stuff and good post.