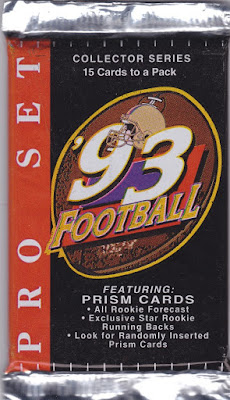 Pro Set football cards were released at the height of my interest in professional football. They had a lot going for them at the time, especially in that the photos looked great and the prices were right. Unfortunately, they flew too close to the sun and things fell apart quickly. One of the first I looked into when I returned to card collecting was to find out whatever happened to Pro Set. Here's a pack I bought online recently from 1993, the company's last full set of NFL cards. 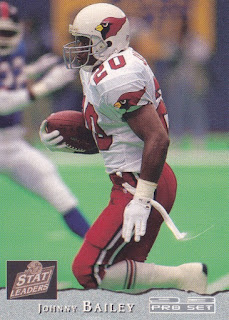 14 - Johnny Bailey Stat Leaders - I had never seen this set before, so I knew that the first card would be a surprise, no matter what it looked like. 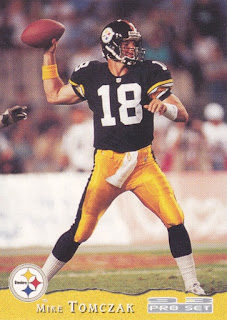 369 - Mike Tomczak - On first glimpse, the design isn't great, but it still contains most of the elements that made me interested in the 1990 and 1991 sets. (The absurdly low prices for entire boxes were a big draw, too.) That '93 Pro Set' logo is awful and almost unreadable, however. 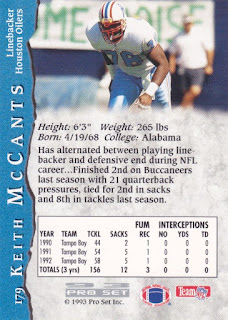 179 - Keith McCants - Here's a look at the back. A second full color photo is a nice touch. These are pretty light on stats (last 3 seasons), even when looking at offensive players at skill positions. 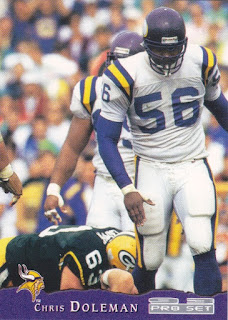 259 - Chris Doleman - Another sign that I used to be a lot more interested in the NFL than I am now is that I've actually heard of most of the players in this pack. I'm sure I couldn't say the same about a pack from 2018, even though my favorite team just won the Super Bowl. 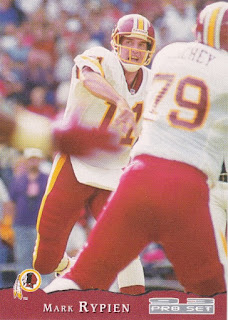 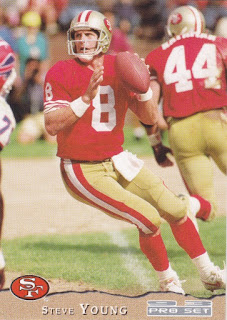 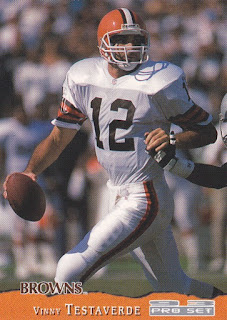 114 - Vinny Testaverde - And here comes Vinny to break the streak we had going. 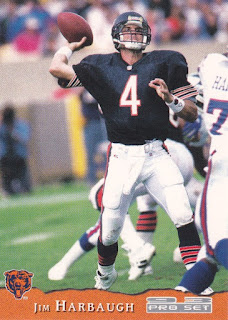 79 - Jim Harbaugh - So many quarterbacks. 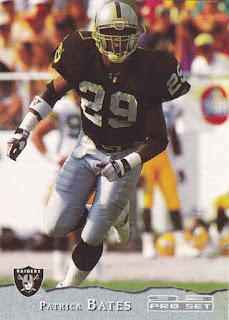 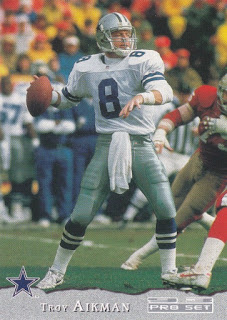 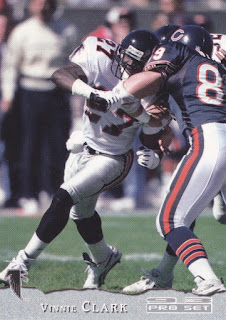 60 - Vinnie Clark - Not the best photo here. I'm not sure if Pro Set still had access to the NFL's photo archives at this point or not. 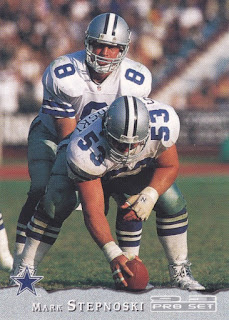 41 - Mark Stepnoski - Here's Aikman again, this time behind his center. 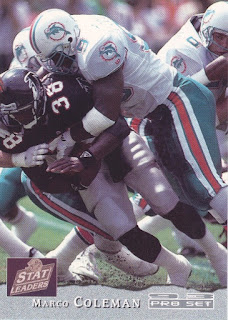 1 - Marco Coleman - Coleman was Pro Set's Rookie of the Year. The actual ROYs that season were Carl Pickens (offense) and Dale Carter (defense). 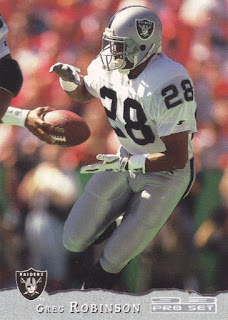 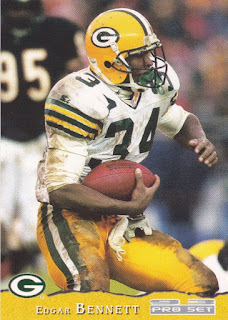 150 - Edgar Bennett - Finally, here's Bennett, a big back who won a ring with Brett Favre's Packers.

I collected in the junk wax era all the way to 1994, but I don't remember this set. I was collecting baseball at this time and working in a card shop, but we must not have carried much of this product. Thanks for sharing.

I do not recall this set of football cards either. Nonetheless, I would love that Mike Tomczak card for my Steelers collection.

These definitely weren't as easy to find as the 1990-92 sets. At the time, I didn't like the 1993 set because it was so different from the prior three seasons (which I loved). Looking back at it now, these were beautiful because of their simplicity.

I missed this Pro Set set. 1994 was pretty much the year I went on my hobby hiatus of about 10 years. I think if it weren't for the Expos moving to DC for the 2005 season, I might have been away from the hobby a few more years. I was beginning to get cards via Ebay at that point. I wouldn't discover trading card forums til '07.

I kind of want more, but I just don't know what I'd do with it all.

Mystery solved. I just read that in 1993 the NFL and NFLPA issued 19 licenses to produce football cards. I wonder i haven’t seen this set before. Pro Set had just come out of bankruptcy and only had the football license left. Hockey abandoned them.