It's a thursday night and I'm bored, so let's rip a pack of 1986 Donruss Baseball. 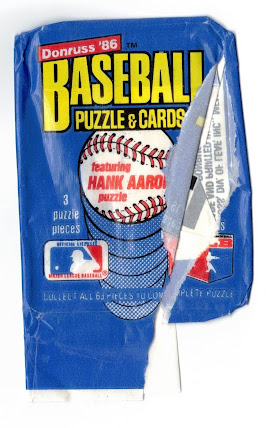 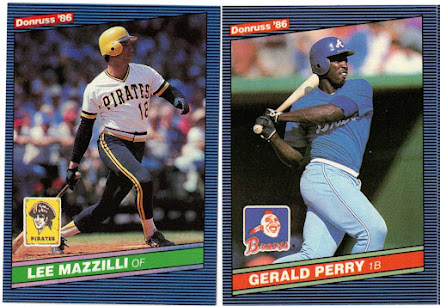 Leading off we have Lee Mazzilli, two-time World Series winner who won his first ring in the year of this set (but for the Mets) and his second as a coach for the Yankees in 2000. Gerald Perry was an All-Star in 1988, coming in 5th in the batting title race. 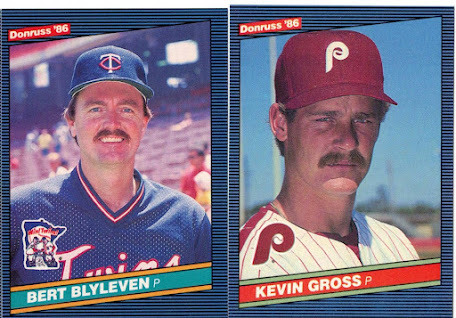 Next we have BBHOF Pitcher Bert Blyleven and Kevin Gross looking very, very disappointed in you. He was also a 1988 All-Star along with Gerald Perry, and also had a no-hitter in 1992. 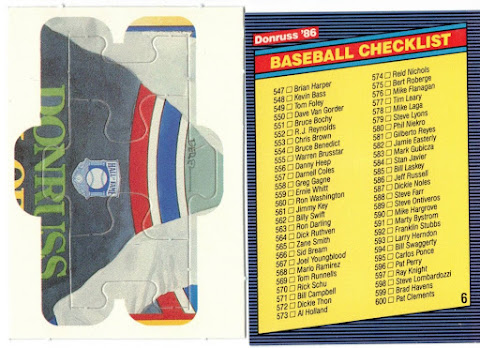 We have our Hank Aaron Puzzle and a checklist. 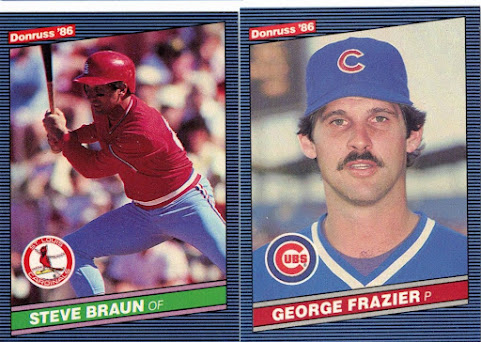 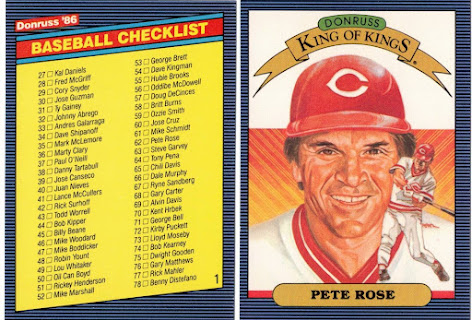 Next up is another checklist card and a "King of Kings" Pete Rose insert. 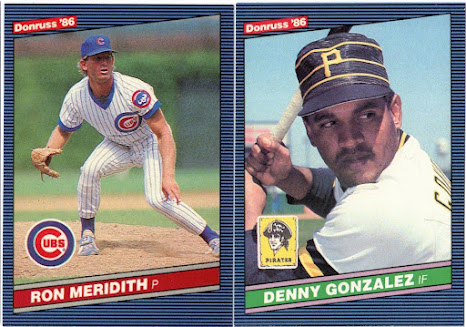 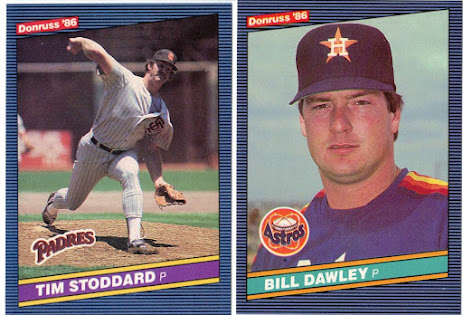 Tim Stoddard compiled a 3.95 ERA and collected 76 saves, standing 6'7". Bill Dawley had an All-Star rookie season in 1983 and gave up the first ever ASG Grand Slam to Fred Lynn. 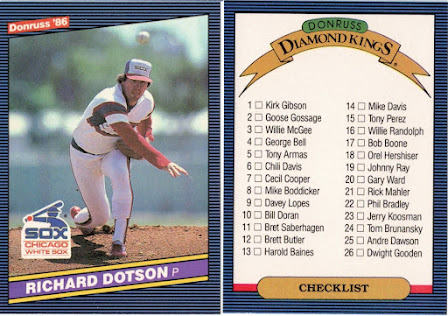 Finally we have Richard Dotson, a 1984 All-Star (who signed a Diamond Kings card for me a few years back) and our last checklist card of the Diamond Kings set.

Ooof, 3 checklists in one pack.