Today on "somehow we haven't opened one of these yet" we have a pack of 1993 Fleer Series 2. 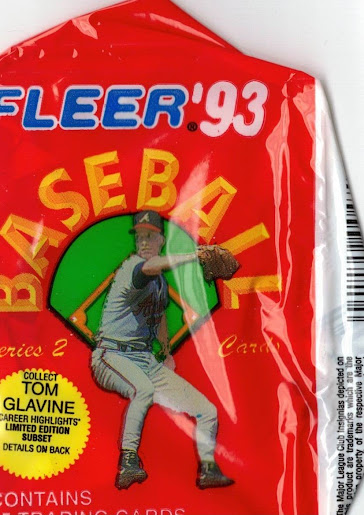 Leading off with Tim Teufel who has gone on to be a bench coach. The late Darren Daulton joins us on a "league leaders" insert. Alejandro Pena is depicted in his Braves uniform with the note that he signed to the Pirates in the corner. 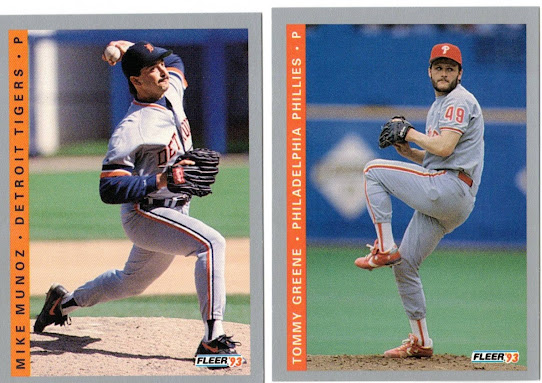 Mike Munoz played between 1989 and 2000 compiling an ERA of 5.19. Tommy Greene didn't exactly have a stellar career either, but did pinch a no-hitter. 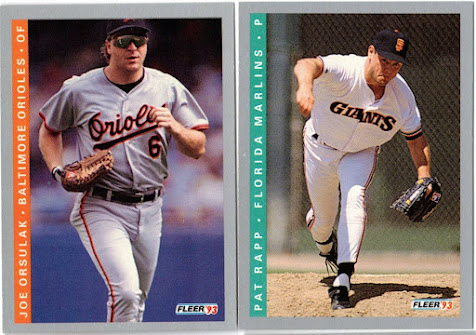 Journeyman Joe Orsulak joins us, along with Pat Rapp in Giants uniform despite having been drafted to the Marlins in their inaugural year. 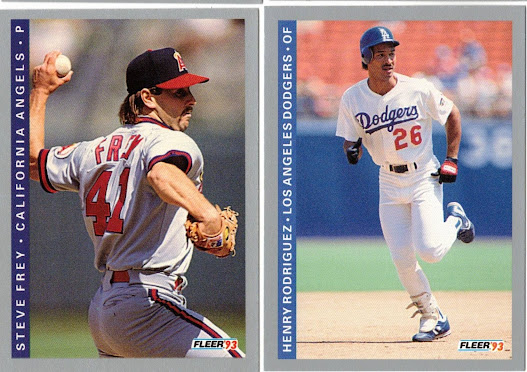 Steve Frey did okay throughout his career. Henry Rodriguez was a 1996 All-Star. 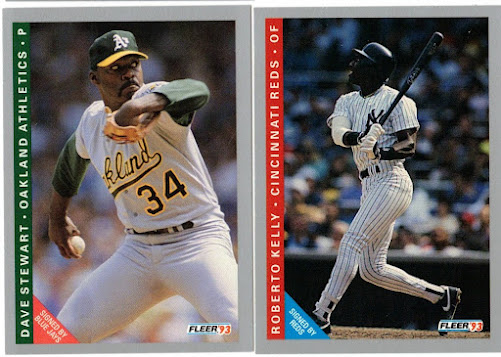 Dave Stewart depicted here with the "signed by Blue Jays" corner flourish, and Roberto Kelly with a similar flourish, indicated he was signed by the Reds. 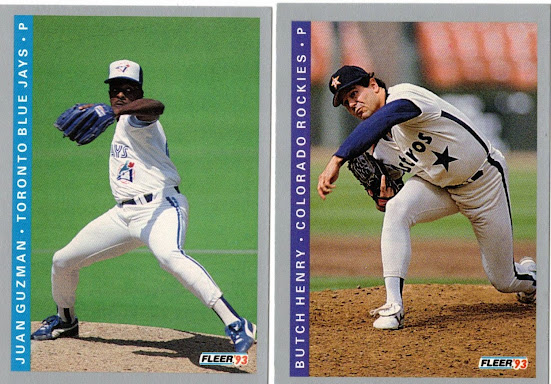 Pithcers Juan Guzman and Butch Henry show up yet again, Henry in an Astros uni despite having been dealt to the Rockies. 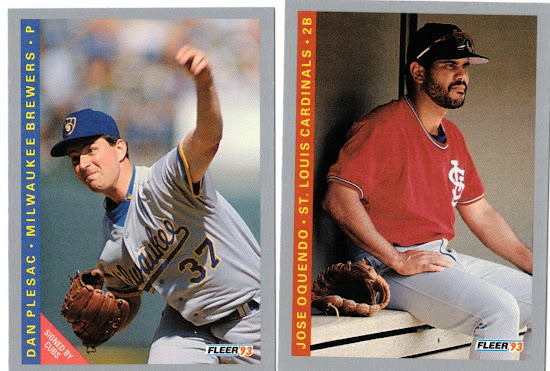 And finally, Dan Plesac who signed with the Cubs, and Jose Oquendo.

Fleer seemed to be scrambling to keep up with transactions, the Roberto Kelly card in particular. It says he's with the Reds and still gets the corner note that says "signed by Reds".

Do you wish you kept it unopened?

I'm glad I opened it.