1993 O-Pee-Chee Premier is a small 132-card set for the Canadian market. Another example of "how have we not opened one of these yet?" 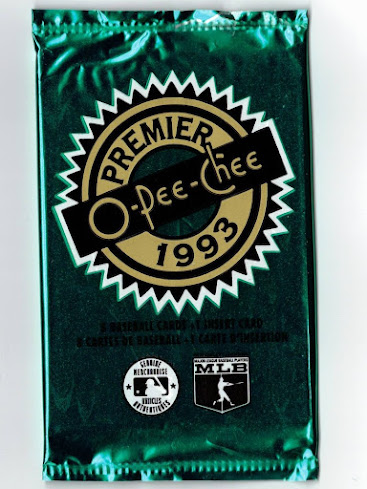 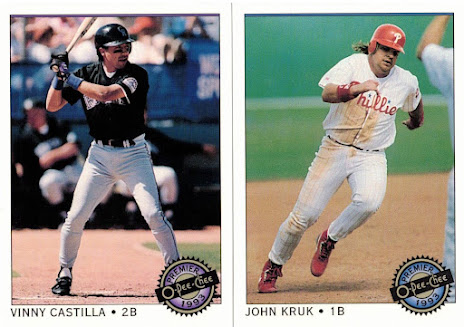 Leading off we have Vinny Castilla, one of the more impressive infield batters of the 90's, and John Kruk, who we all know from broadcasts but had a nice 3 year consecutive run of ASG appearances (culminating in 1993) and a career .300 average. 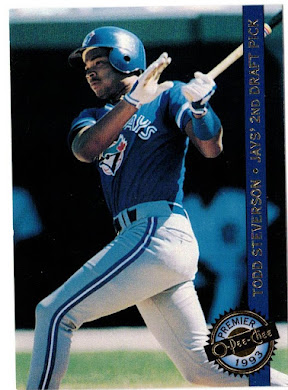 Todd Steverson is our Draft Pick insert. Steverson is perhaps best known for having his pitcher intentionally balk to end a game (in a loss) in the 18th inning while managing the Modesto Nuts. Some could argue his rationale was reasonable... he didn't want to prolong the game and risk unnecessary injury to his players, but he probably could have just forfeited instead of throwing the game. He was suspended for a year for these actions. Seems a little overkill to me. 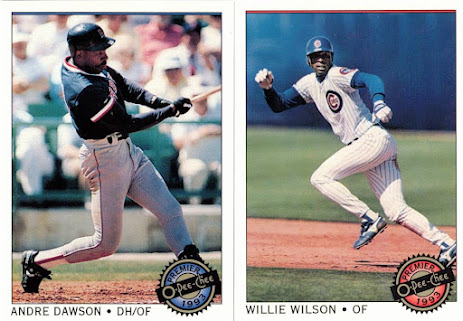 One of my all-time favorite players, Andre "The Hawk" Dawson, pictured in a Red Sox uniform (you might find this under "right player wrong uniform" in the baseball dictionary) and Willie Wilson, a name shared by 9 professional baseball players in one form or another. This Willie Wilson is a Royals Hall-Of-Famer and won a ring with them in 1985. 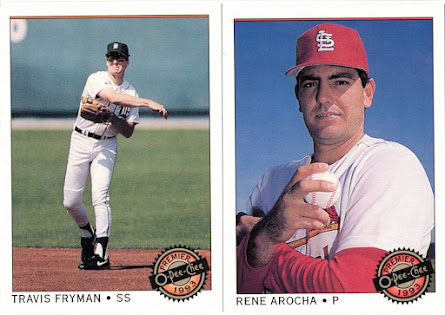 When you hear Travis Fryman, you think of the 90's in baseball. His career was pretty reflective of that, appearing in 5 All-Star games between 1992 and 2000. Rene Arocha pitched in just four major league seasons but finished with a winning record. 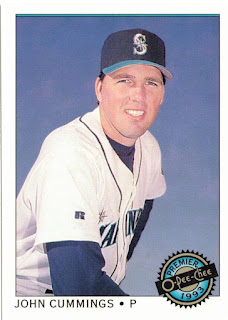 You may be wondering why I saved John Cummings for last. Well, it's because of the juvenile humor. 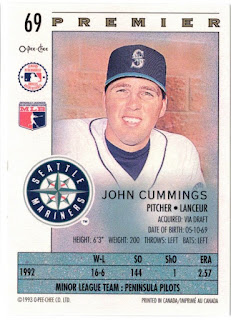 I refuse to believe a man with this surname was chosen for card #69 by coincidence.