I'm not sure how, but this is the first pack of 1987 Fleer Baseball to be ripped here on this site, unless a tag is missing. 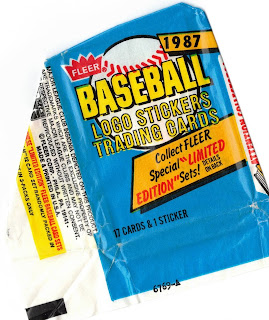 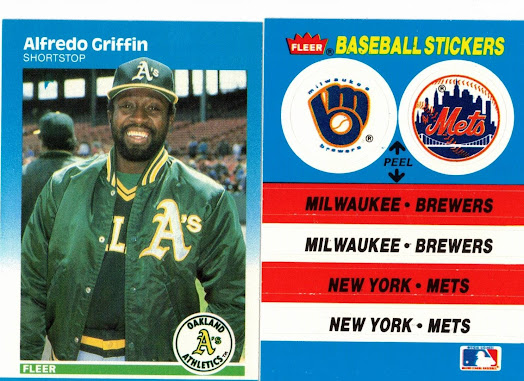 Starting off we have Alfredo Griffin and our Brewers/Mets sticker card. I used to find these stickers useful for sorting my cards. If there was a way to describe the aesthetic of the base cards, I would call them "sterile". The same can be said for the backs of the base cards... 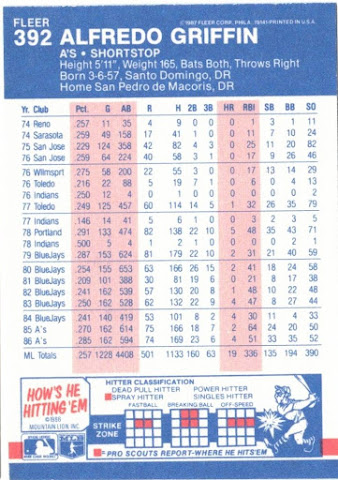 But the benefit of the sterile back is that we get a long, detailed history of the player stats which makes it worthwhile, in addition to a scouting report. The backs of the sticker cards are fun: 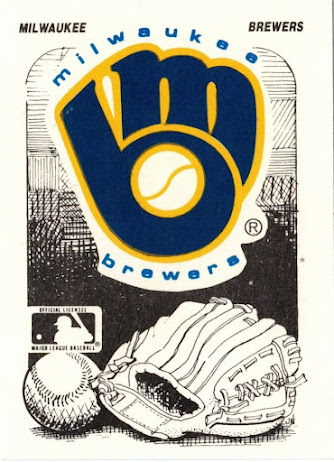 Kinda corny, but at least we get a full color team logo. 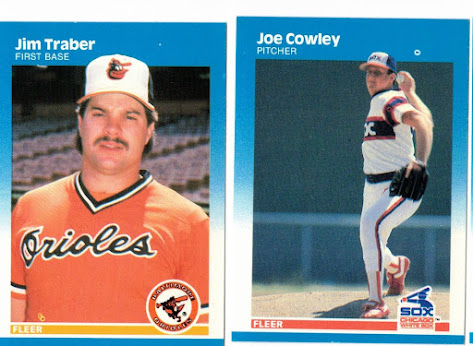 Jim Traber had a few seasons throughout the 80's with Baltimore and also played in Japan. Joe Cowley had a career spanning 5 seasons but a no-hitter to his credit. 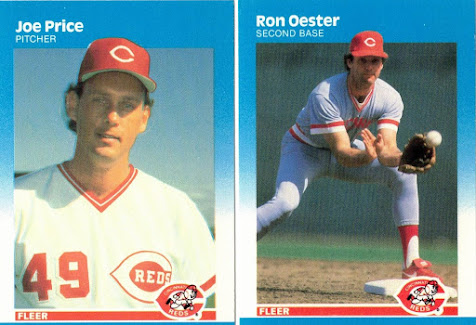 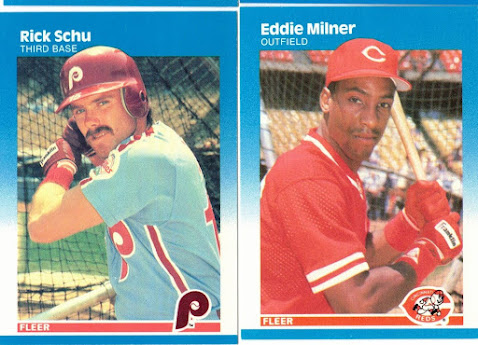 Rick Schu is probably better known as a coach in the D-Backs, Nationals, and Giants systems. Eddie Milner was born in Columbus, OH, began and ended his career with the Reds, and unfortunately passed away in 2015 in Cincinnati at the age of 60. RIP Eddie. 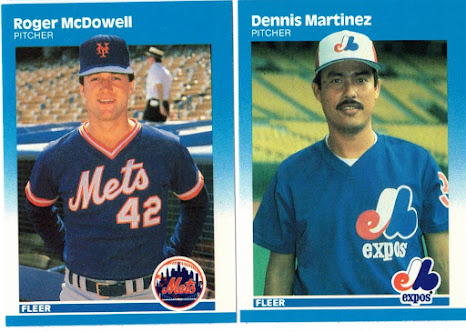 A couple of great pitchers: 1986 World Champion Roger McDowell, and the legendary and seemingly ageless Dennis Martinez, who began his career in 1976 and retired in 1998 with 245 wins, over 2000 strikeouts, 4 ASG apperances, a perfect game, and was the MLB wins leader in 1981... and the MLB ERA leader in 1991! One could make a compelling argument that Dennis Martinez belongs in the BBHOF. 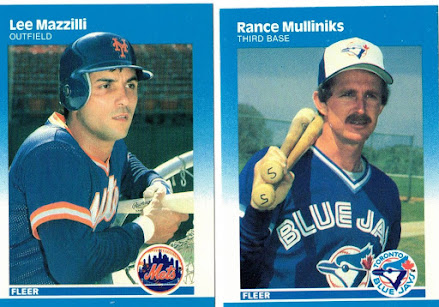 Next we have Lee Mazzilli who was in a previous pack I recently ripped, and Rance Mulliniks. Rance? It couldn't just be Lance? Rance? 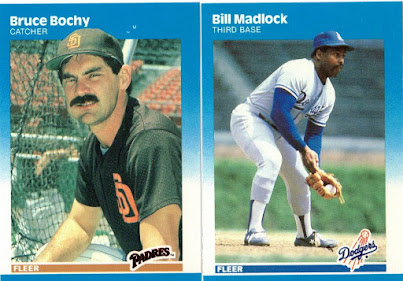 Bruce Bochy enjoying a mouthful of what is most certainly chewing gum in his size 8 hat, not realizing he would go on to be one of the great Major League managers, and Bill Madlock, a 4x NL Batting Champion with a ring to his credit on the 1979 Pirates. Only Tony Gwynn won more NL Batting Titles since Madlock. 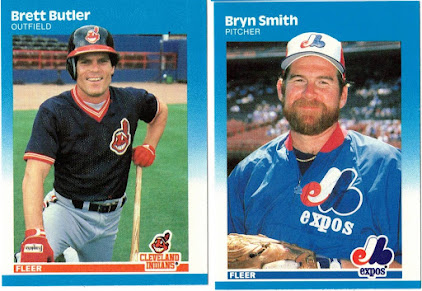 Brett Butler had 2,375 hits over 17 seasons with a career .290 batting average and yet somehow only one All-Star appearance. Bryn Smith, the oldest living Rockies player, notched 1,028 strikeouts between 1981 and 1993.

I didn't get a chance to open up a lot of Fleer back in 1987. I was buying boxes of 87T at Price Club... and 87D was plentiful at the Japanese grocery store my parents would shop at. Fleer sightings were sporadic at best. I like the design though... and just like Topps and Donruss... it featured a really solid rookie card class.