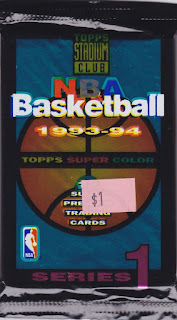 Last time you saw Series 2. This time you'll see how it all began. It's kind of like an origin story, mid-'90s basketball style. This one cost me a buck, same as last time. 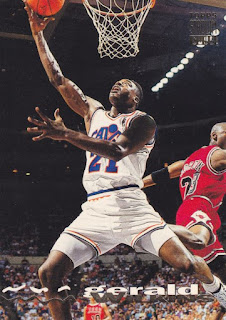 145 - Gerald Wilkins - The less famous brother of Dominique was not the NBA's answer to Billy Ripken. He was actually quite good. Not superstar good or anything, but a very good player nonetheless. We get about 60% of a Michael Jordan in this photo. 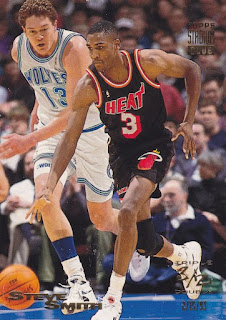 3 - Steve Smith Triple Double - Man, were we ever obsessed with triple-doubles back in the day? I guess a casual mention in a certain Ice Cube song may have had something to do with that. Steve Smith was a player I liked, and he eventually would go on to play for my hometown Blazers. By that point, I felt like he had devolved into a mostly spot-up 3 point shooter. 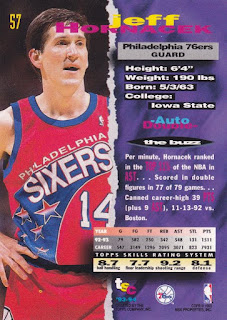 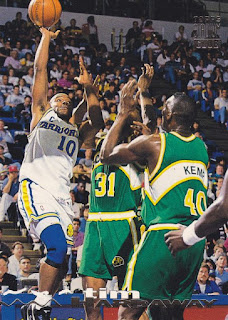 148 - Tim Hardaway - I used to really like the "T" in Run-TMC, which is a shame considering that he turned out to be quite the homophobe. 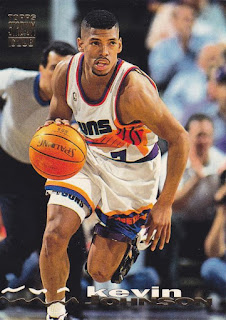 15 - Kevin Johnson - Star point guard one day, mayor of one of the worst NBA towns the next. 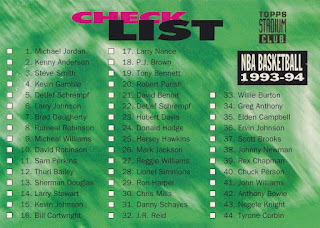 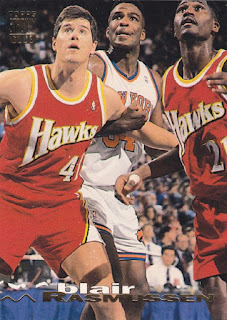 161 - Blair Rasmussen - This ex-Oregon Duck occupies a place in one of my binders. Really. Because I collect those guys. 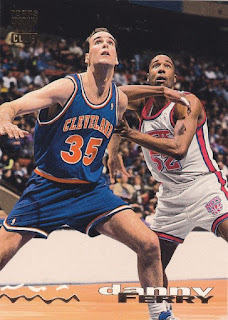 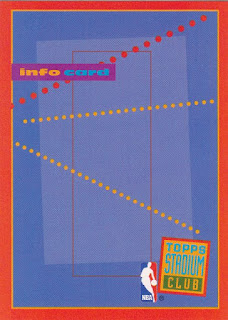 - Info Card - This looks like the front cover of an '80s computer game manual, or something Atari-like. 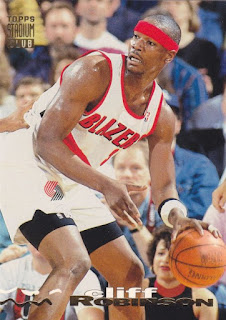 158 - Cliff Robinson - There's a Blazer! Everybody do the Uncle Cliffy Dance! 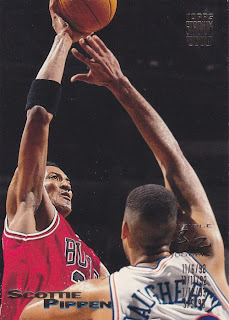 103 - Scottie Pippen Triple Double - Surely, they could have found a better photo than this. 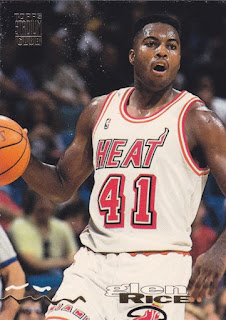 47 - Glen Rice - Another staple of the good-but-not-quite great Heat teams of the '90s. 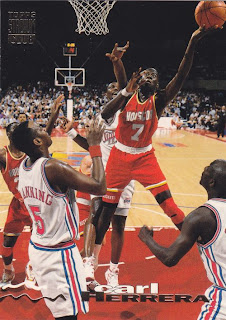 162 - Carl Herrera - And here we end it with Herrera, a reserve player who I don't remember a ton about.

I said it last time and I'll say it again: I have a bunch of basketball cards that I don't need. If you like a particular team and wouldn't mind a few (hundred) cards, let me know!