Written by JediJeff at 6:58 PM
Jeff again. The only time this pack was ever opened, the post had no photos of the cards. Unacceptable! You, the fine reader, deserve better. So let's rip another pack and share the contents. Being this is pack #2 of series 2, let's post images two at a time, with two 2 word comments on each card. Oh, and for you that love the look of the wrapper... 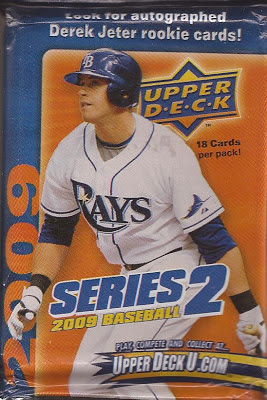 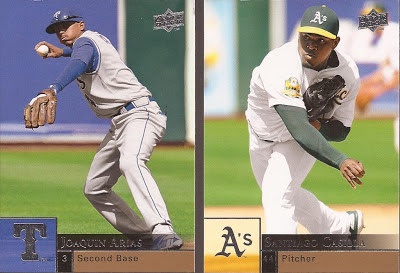 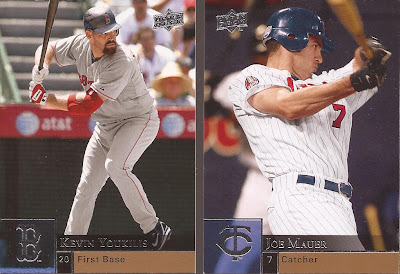 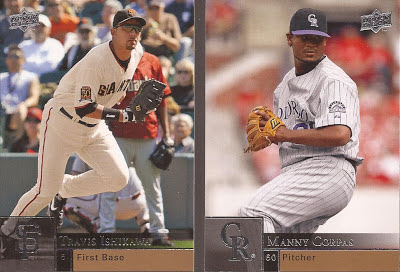 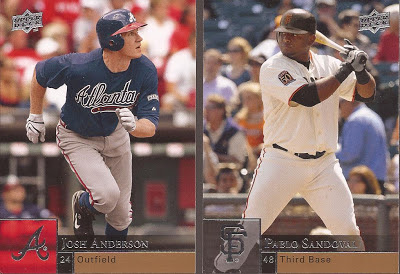 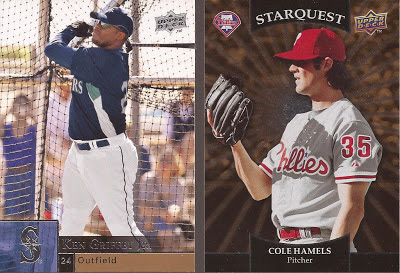 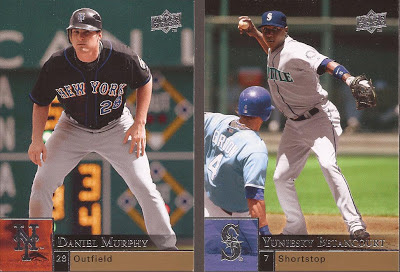 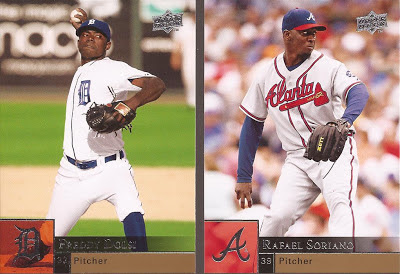 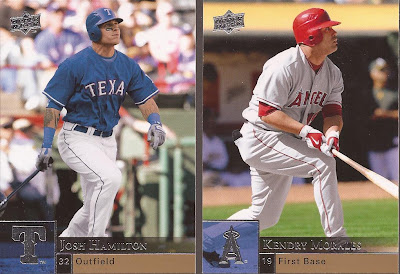 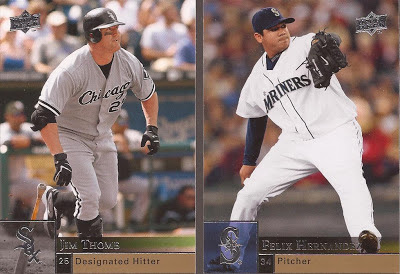 And there you have it. The backs are pretty boring - I really won't waste the time. Same image as the front, cropped on the face. And stats. You know the drill.

Would any of these numbers be in this fine collection of cardboard?