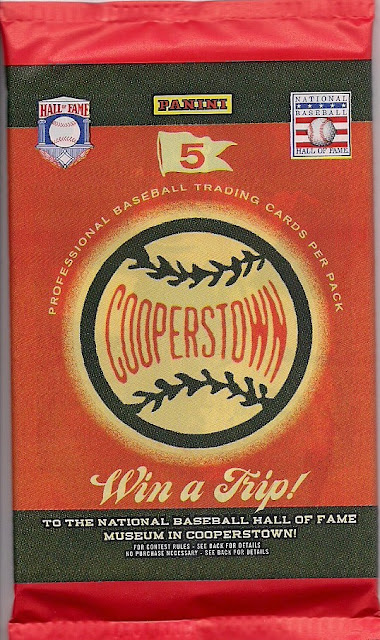 It's an all-legends affair called "Cooperstown." Everyone featured in the set has been inducted into the Baseball Hall of Fame.

That means you won't see any cards of Tim Raines, Lee Smith, Dale Murphy, Gil Hodges or any of those other guys that people are always shouting about getting shut out of the Hall. They've been shut out of this card set, too.

This set is 170 cards of nothing but Hall of Famers, as Panini has been able to find a loophole in the MLB licensing mandate that limits to a certain percentage the retired players in every released product. The loophole? Don't get a license! Print all the Hall of Famers you want!

Of course, there are drawbacks to this plan, as you'll see.

Each pack contains five cards, plus a sweepstakes card in which you could win a trip to Cooperstown. The last 20 cards in the set are short-printed and there are several inserts.

Let's have a look at the cards: 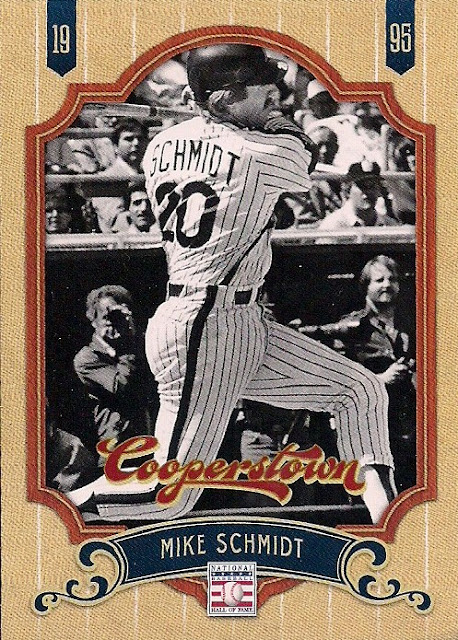 #39 - Mike Schmidt. This is what you can expect. Classic black-and-white photography on a classy, old-style design. Panini avoids showing MLB logos by cropping the top part of the helmet out of the photo. Depending on who you ask, this is no big deal or a deal-breaker. To me, it's a deal-breaker. 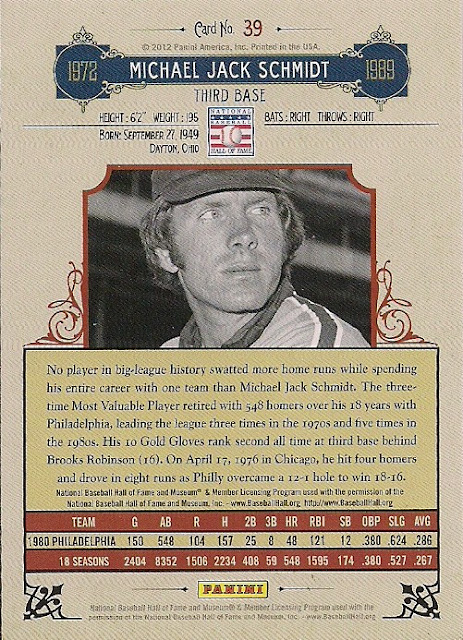 There's your average card back. Most of the photos on the back are different from the front. But using mustache-less photos of Mike Schmidt should be outlawed. 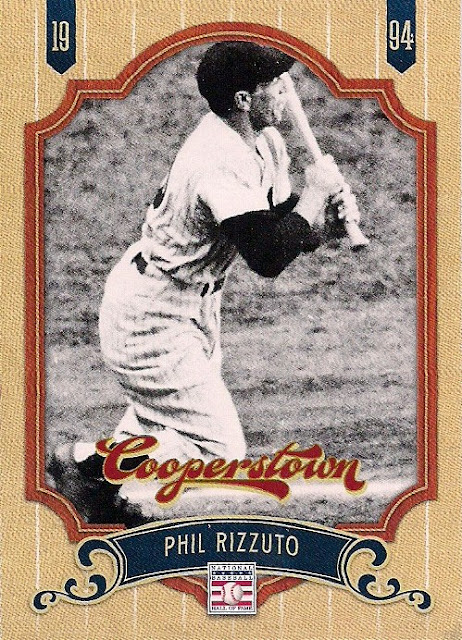 #96 - Phil Rizzuto. In case you're afraid that this set will be littered with Yankees, I was pleasantly surprised with the five packs I opened. Just 3 Yankees. 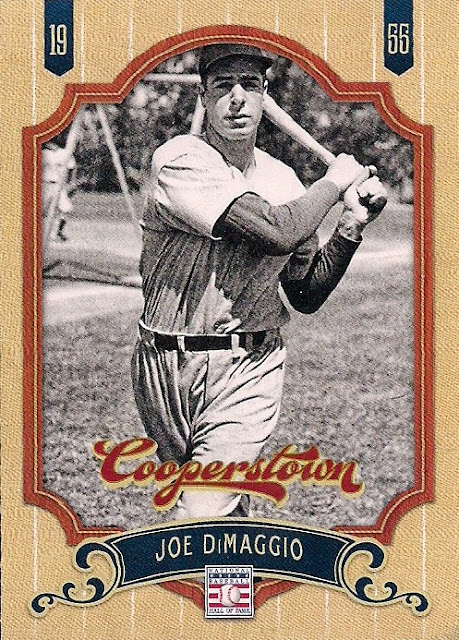 #113 - Joe DiMaggio. Unfortunately, two were in this pack. 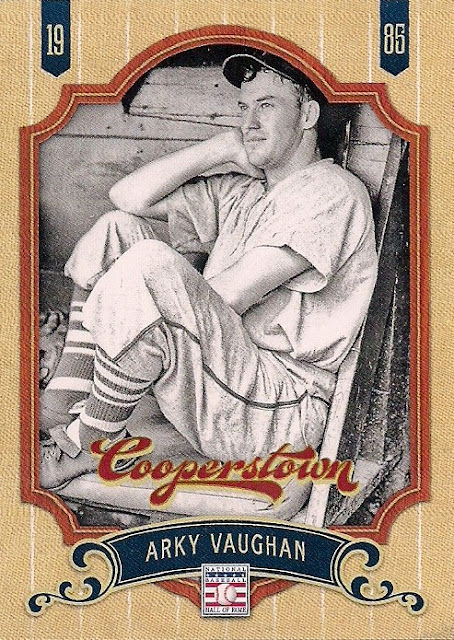 #133 - Arky Vaughan. That Arky is such a daydreamer. He'll never amount to anything. 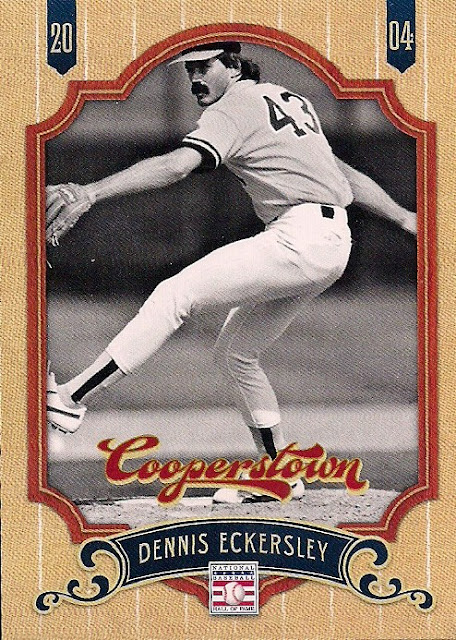 #42 - Dennis Eckersley. We've seen plenty of photos of Eck with a cap on, right? Let's crop that right out of there. 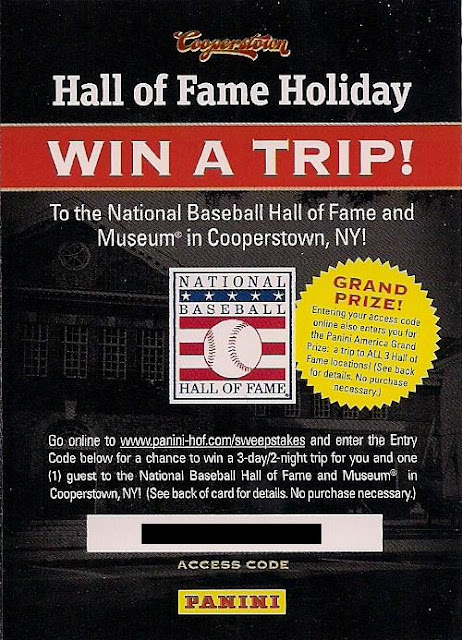 Win a trip to Cooperstown! But no peeking at my access code!

And there you are. No short-prints or inserts in this pack unfortunately.

But I am featuring the four other packs I bought on my blog later tonight, so tune in for that if you like long-winded crankiness.

All I'll say here is that this is a fun little set. And it's been a long time coming for people who remember about 10 years ago when there were Hall of Famers on cards everywhere. The execution is not quite there for me with this set. But as usual your mileage may vary.

I liked the sound of the product, but some of those pics are horrible. I'd rather have them blank out the logo on the hat as opposed to the horrible crop job.