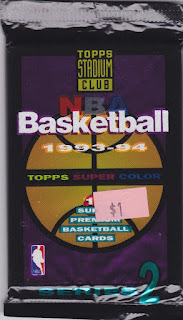 It's basketball season. It's basketball card season! If anyone out there reading this has a hoops team, let me know. I have tons of NBA cards I don't need... like everything you see here. 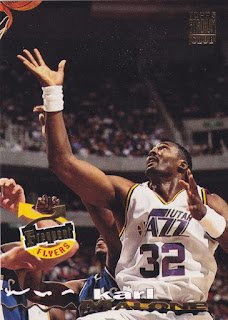 186 - Karl Malone Frequent Flyers - Being that this is Series 2, Topps found a way to get their star players into the set by inventing unnecessary subsets for them. 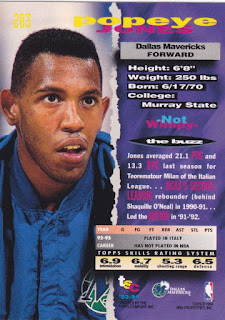 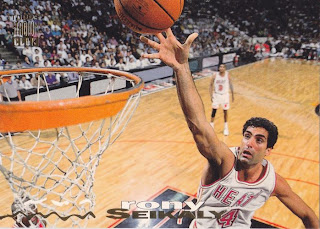 319 - Rony Seikaly - Seikaly was an underrated center in an era where true centers weren't nearly as scarce as they are now. The NBA even acknowledged this recent development by abolishing the position for the purposes of All-Star balloting this season. 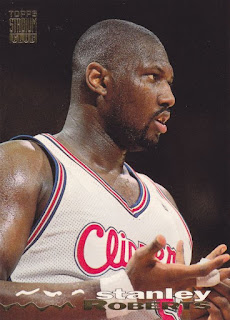 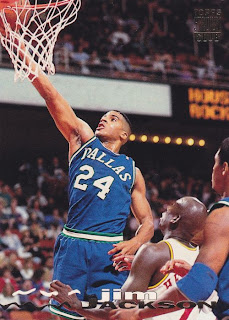 326 - Jim Jackson - Jackson got his career off to a rocky start by holding out for most of his rookie season, finally suiting up for a Dallas team that went 11-71. After spending most of his first five seasons with the Mavs, Jackson set off on a journey that would see him in uniform for an incredible 11 teams in 12 years. 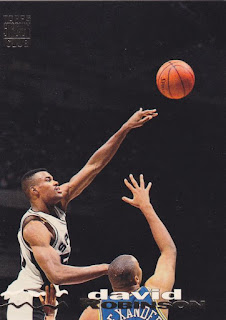 328 - David Robinson - Robinson's rank in the Navy was Lieutenant, not Admiral. Just so you know. 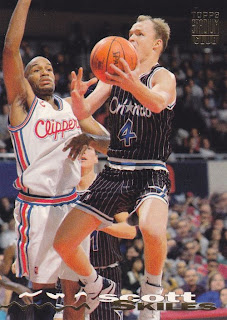 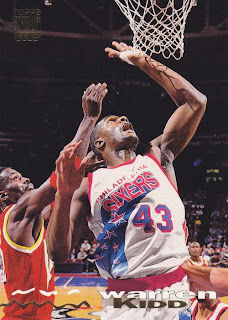 301 - Warren Kidd - No truth to the rumor that Warren Kidd came up with the idea for "What the Kidd Did" first. 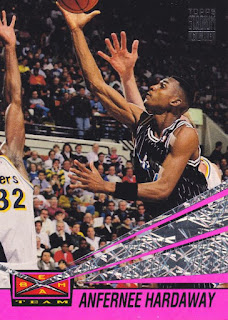 23 of 27 - Anfernee Hardaway Beam Team - Here's a staple of the early Stadium Club years. I don't think I ever pulled a Beam Team card in my life. They were quite difficult. The odds list this as a 1:24 pull. I wonder what Lil' Penny would think of that. 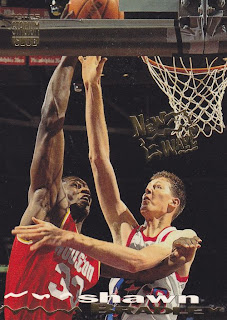 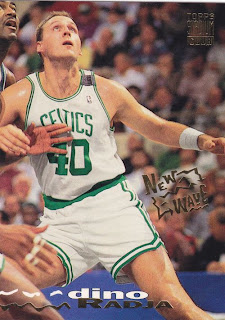 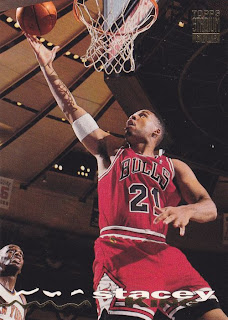 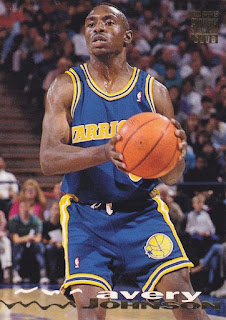 321 - Avery Johnson - Only a couple of current NBA head coaches in this pack.

Big fan of the Boston Celtics here! Any C's cards (including Mr. Radja) that you're looking to unload, I'd love to make a home for them.

Let me know what I would be able to provide in return...

Excellent. I would love to get rid of my Celtics cards. I'm not really looking for anything particular. I have my usual baseball want lists at cardsoncards.blogspot.com and am pretty much accepting of anything Portland Trail Blazers at this point if we're talking NBA. Feel free to send as little or as much as you want. I just need to jettison cards, particularly non-baseball ones.