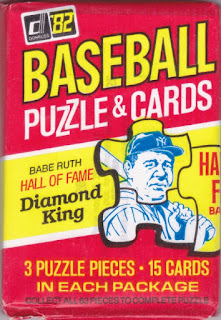 When I saw a chance to snag an unopened pack of 36 year old cards, I had to take it. When I first started collecting cards in the '80s, the 1982 Donruss set was one of the more affordable "older" packs of cards that you could find. That changed a bit when people got excited about that Ripken guy. 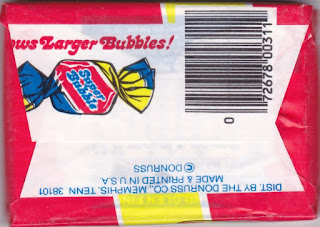 I rarely do this, but I thought I'd show off the back of the wrapper as well. Check the Dubble Bubble ad on the back... or is that Super Bubble?! 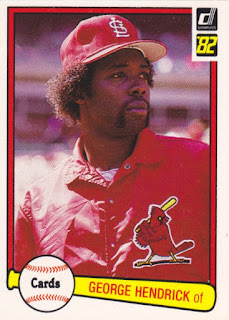 40 - George Hendrick - We start things off right with a Cardinal. This is a great looking jacket. 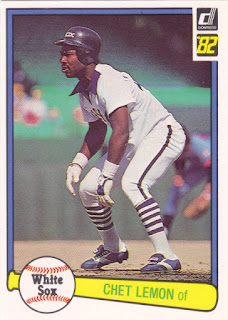 291 - Chet Lemon - Lemon is waiting for an opportunity in his high socks. 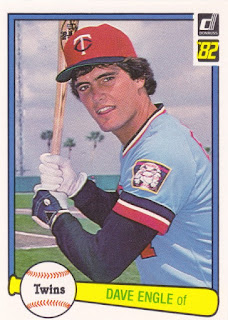 102 - Dave Engle - It's weird to see the Twins wearing the baby blue uniform. Many teams in the '80s went through a baby blue phase. 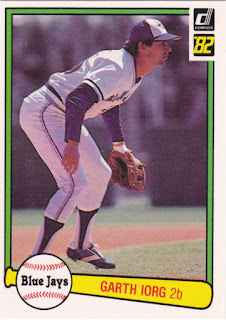 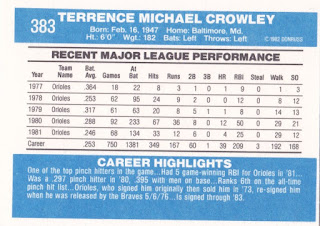 383 - Terry Crowley - This was the debut of the classic Donruss card back, as the fledgling brand went with something nearly unreadable in its debut year. This design would be largely unchanged, aside from colors, through 1991. 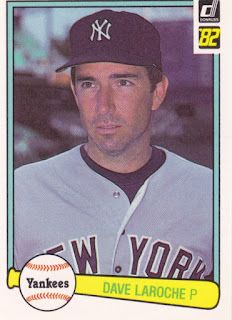 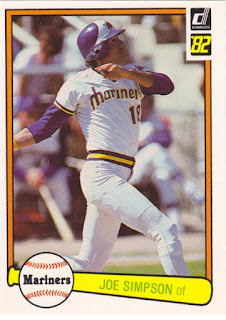 55 - Joe Simpson - Simpson is best known as a Braves broadcaster, but he began his broadcasting career with the Mariners after he retired from playing. 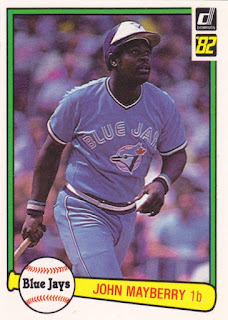 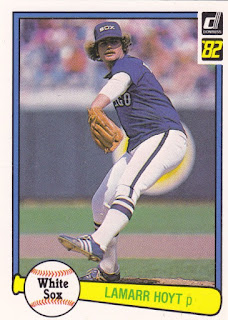 117 - LaMarr Hoyt - I think at this point the White Sox were best known for their goofy uniforms than anything else. 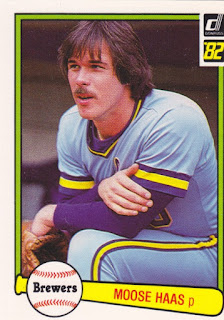 206 - Moose Haas - Moose was on the pennant winning Brewers team in 1982, but did not fare well in the World Series. 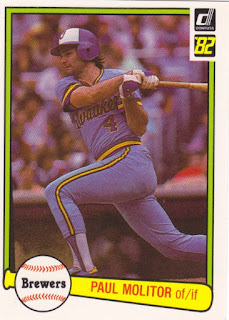 78 - Paul Molitor - Another Brewer. This one is a Hall of Famer, of course. 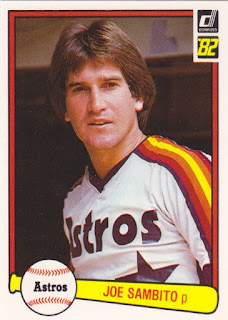 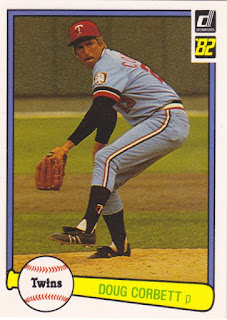 53 - Doug Corbett - Tobacco can clearly visible here. Does anyone have a PC of chew guys? 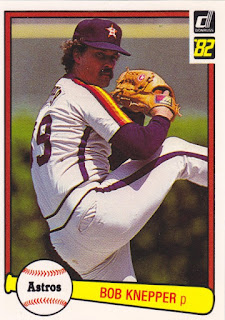 41 - Bob Knepper - This looks like an outdoor photo, so I assume this wasn't in the Astrodome. Knepper is wearing a home jersey, though. Spring training? All-Star Game? 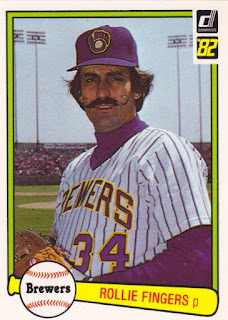 28 - Rollie Fingers - We conclude with yet another Brewer, and another Hall of Famer. 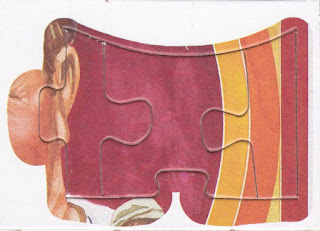 25/26/27 - Babe Ruth Puzzle - But wait, there's more! This was also the debut year of the Donruss puzzle cards. In 1982, they were extra thick compared to later years. This would be a fun one to put together just because of how substantial the pieces are.

Email ThisBlogThis!Share to TwitterShare to FacebookShare to Pinterest
Labels: 1982 Donruss

That mustache on Fingers is magnificent.

I pulled all of those cards except Fingers, Lemon and Simpson from packs I bought in '82 ... the days when I memorized all my baseball cards.

Molitor and Fingers make this a solid pack. I like the set a bit more than I did back in the day. Probably nostalgia kicking in. Good post - thanks.

Brewers hot pack! I probably would have given you anything out of my box of cards (except for my Rickey Hendersons) for that Rollie back in the day. He was a hot commodity in our hood, because he's my buddy's uncle.

Oh yeah!! I love this set and glad to see some older stuff on here. Thanks for sharing. Astros uniforms from the 1980s are the best!

Knepper is wearing the astros 1981 away uni. the home jersey was the full sunrise. Their away grays were not as gray as everyone else's. This has been your uni-watch moment.

Uni Watch, FTW! And for the record, there is no hyphen in Uni Watch. The hyphen only exists in the URL because someone already owns the non-hyphenated domain, and Paul can't get him to sell. This has been YOUR Uni Watch moment! ;-)