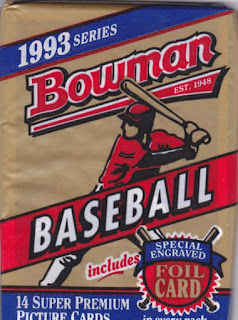 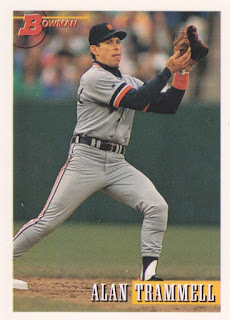 391 - Alan Trammell - By 1993, Bowman may have been "Home of the Rookie Card", but the packs would still contain some solid vets, if not Hall of Fame types like Alan Trammell. 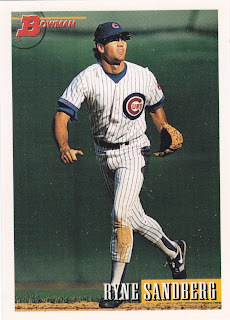 200 - Ryne Sandberg - It's Ryno. There's a decent chance I watched this game on WGN. 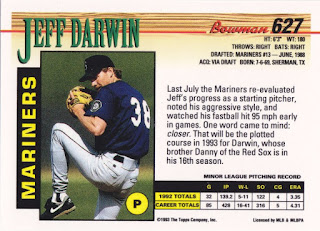 627 - Jeff Darwin - Danny Darwin's younger brother. I'm not sure if he ever made it. 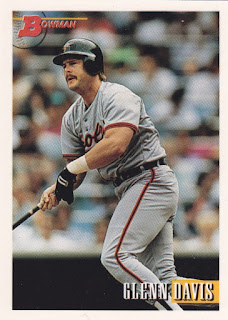 1 - Glenn Davis - Davis, somewhat surprisingly, gets the distinction of card number 1 in this set. 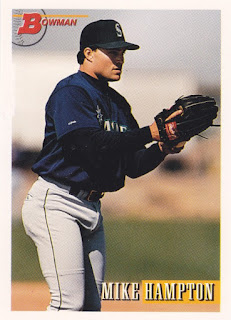 459 - Mike Hampton - Hampton had a lengthy career, but I tend to forget that he originally came up with the M's. 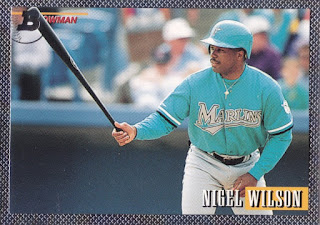 351 - Nigel Wilson - Each pack came with a foil card, although the cards are not actually parallels as far as I know. Both expansion franchises would whiff on their top expansion picks (Colorado took David Nied), but the Marlins still won the World Series in just their 5th season of existence. 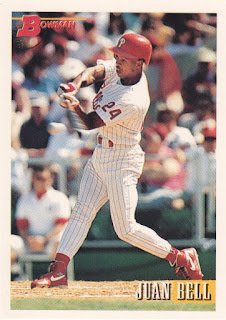 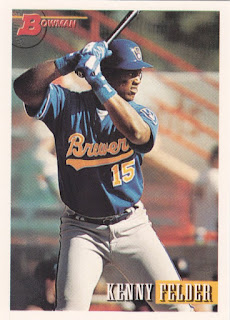 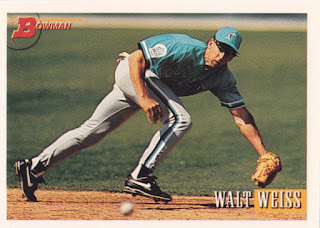 290 - Walt Weiss - Weiss won the Rookie of the Year award and also won a ring with the A's. 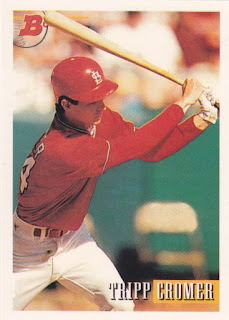 52 - Tripp Cromer - It was nice to pull a Cardinal in this pack. 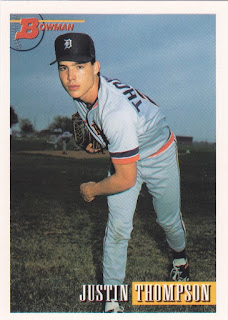 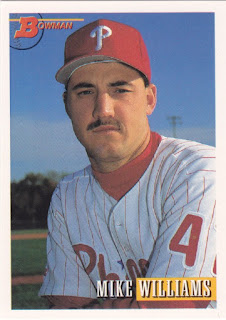 568 - Mike Williams - This guy looks like a coach, but the back of the card claims he was a 25 year old that was lighting up AAA at the time. 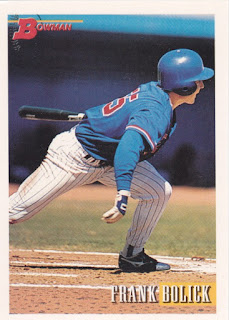 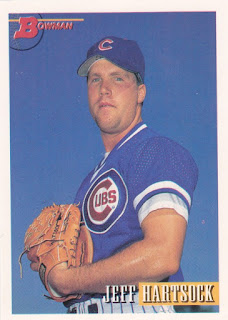 Email ThisBlogThis!Share to TwitterShare to FacebookShare to Pinterest
Labels: 1993 Bowman

Been a while since I've seen these but this was a pretty good set. Trammel and Ryno are great cards. Thanks for the trip down memory lane.