Written by Jafronius at 1:18 PM
Greetings!

Hope everyone is doing well.  Summer break has finally reached the APTBNL offices, with only a trickle of posts so far in July.  I too am one of the posters taking some days off, when I realized I should put a post out there to not only commemorate the All-Star Game, but to mark year 42 of my existence.  I've only made 2 posts on my day of days, and while Allen & Ginter is coming out and there's a fancy new kid-focus Topps set out there as well, I'd rather put up a pack of 2018 Topps Stadium Club! 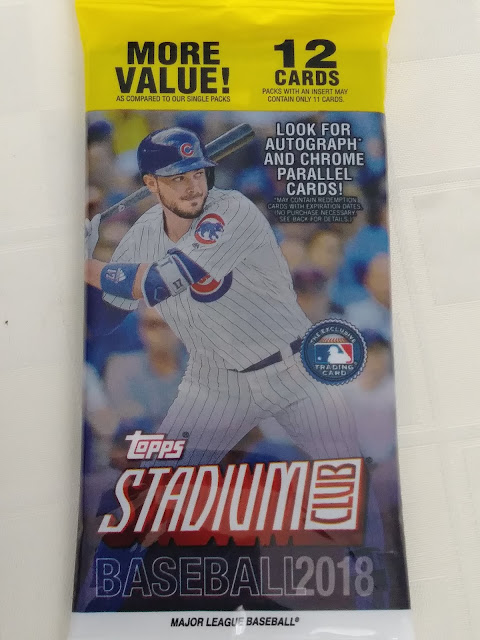 I was able to snag a rack pack last week.  I was hoping to get a blaster box and claim it to The Wifey as a birthday gift, but they were all gone this morning.  Anyway, here's what I got: 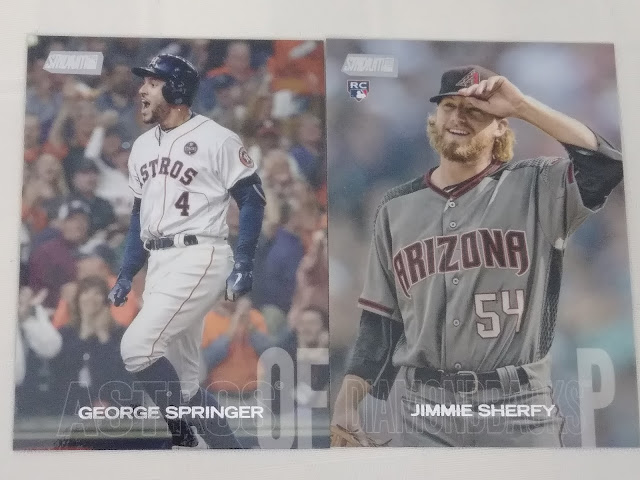 Some bloggers have negative comments on the enlarged team name and position, but the vast majority still approve of the shots used for the players.  I agree that the team name does appear to be harder to read depending on the picture used. 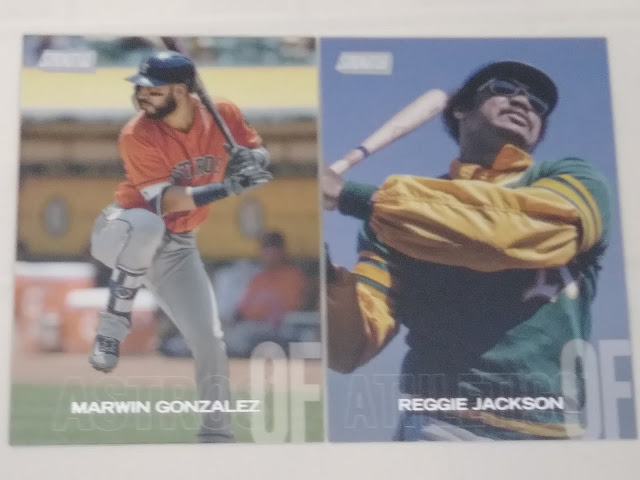 Sorry for the blurriness on this shot.  Here is the checklist for those who are interested. 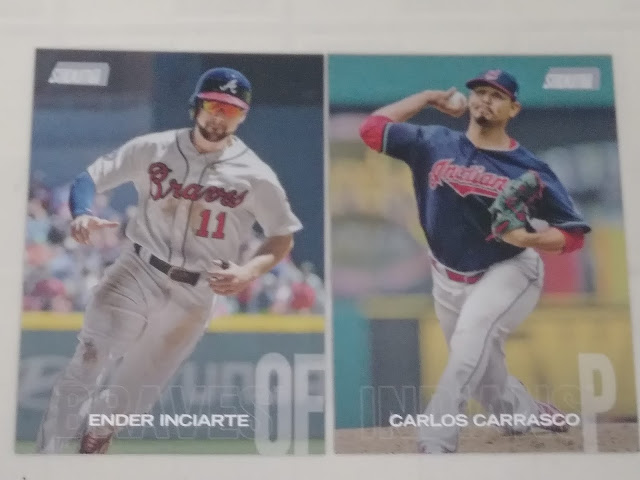 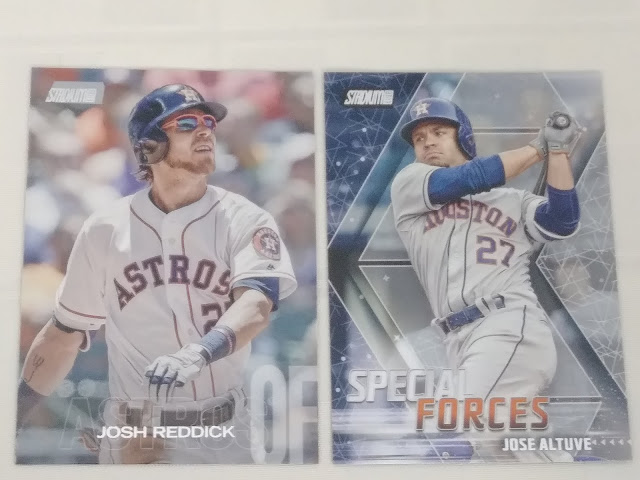 I believe Special Forces is a new insert this year.  It comes 1 in 4 packs.  Yes, half of the cards in the pack so far are Astros. 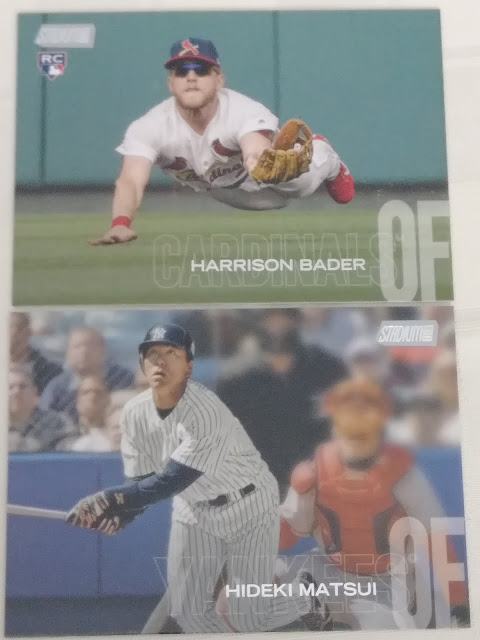 That Bader card could have been much more awesome if the ball was in the shot. 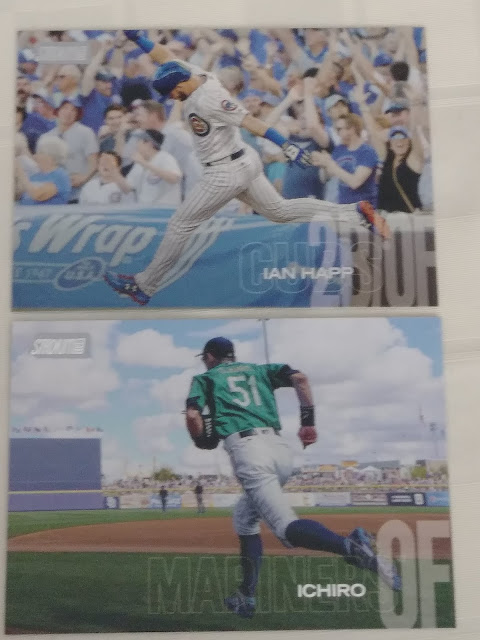 I'm assuming Ichiro would get a card in 2019 for this year's stats, but if not, this is a pretty cool final card for the future HOFer.

Here are some backs because birthday: 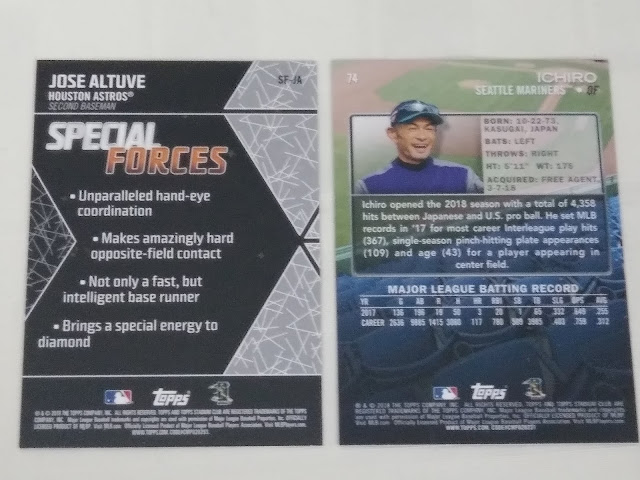 FYI, the seats change color to match the team.

Anyway, that's the pack.  Hope everyone enjoys the All-Star Game, and thanks for reading!

Happy Birthday!
I hadn't seen the Hideki Matsui card before. That's another nice one.
Thanks for sharing!

Glad to see Matsui has returned to our hobby. Too bad they zoomed in too much.

Great looking cards. You are correct in that all the photos on Stadium Club look great. Really digging these cards and can't wait to pick up some of my own. Thanks for the post.