Written by Fuji at 3:00 PM
In 2003, Topps decided to release a product called Shoe Box Collection, which was a factory set in the form of a hobby box.  Each box of this product contained twelve 8-card packs, which were broken down into four decades: 50's, 60's, 70's, and 80's.  Three packs (or 24 cards) were dedicated to each decade, which created a 96 card set. 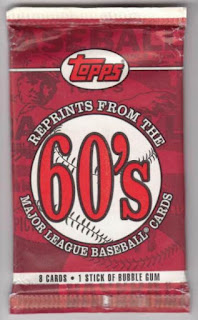 Today we'll be looking at one of the 60's packs. 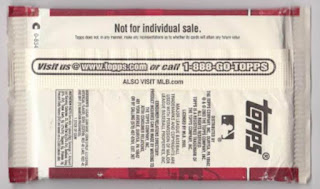 If you look closely at the back, you'll notice that these packs were not for individual sale.  That's because this product was perfectly collated so collectors who purchased a sealed box would receive a complete set.

In addition to the twelve packs of cards, each box contained four vintage cards (one card from each decade) held in a special four card screw down holder.  If you're interested, you can see a photo on Shot Not Taken's blog.  Just click here.

Now that we've gotten the product details out of the way, let's tear into the pack...

First up is our individually wrapped piece of bubble gum:

Now for the cards.  Every player is featured on a replica of their rookie card.

However some players, like Rollie Fingers were pictured with others on their actual rookie card.  Topps decided to create custom cards for these guys.  Sorry Mr. Floyd and Mr. Burchart.

As an A's fan, it's nice to see two Athletics right out of the gate.  Personally, this is my favorite card in the pack.  Maybe one day I'll own an original.

This set is filled with hall of famers.  Third one in a row.

Oops.  Spoke (or wrote) too soon.  Although you gotta admit... Scoop was one heckuva ballplayer.  Definitely a member of the Hall of Very Good and a fan favorite.

And the last card in the pack features a twenty-something year old Knucksie.  As a guy who started collecting in the early 80's... I'm used to the Niekro that looked like the scary old man who lived two doors down from me who yelled at us every time we ran through his yard.

There you have it.  If you're a fan of Archives like myself or if you're in the mood to take a trip down memory lane... then 2003 Topps Shoe Box Collection might just be your thing.  You can see the entire 96 card checklist here.

A huge thanks goes out to SumoMenkoMan who gave me this pack a while back.  He also hooked me up with a 70's and and 80's pack from this product as well.

I was originally going to review those packs as separate posts, but since I covered everything I want to say about this product, I'll just show off the contents of each pack right here. 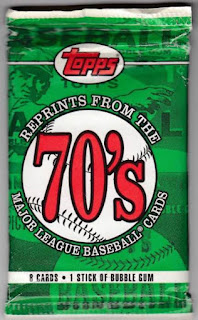 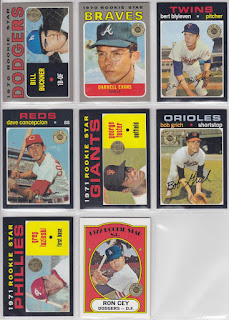 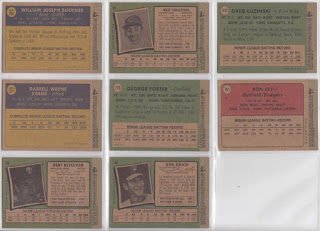 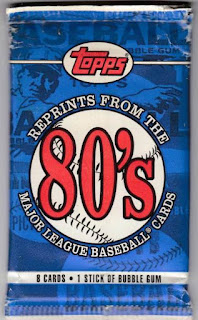 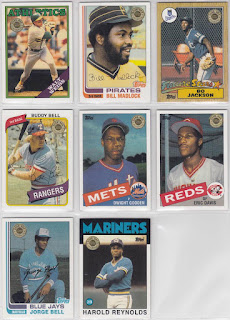 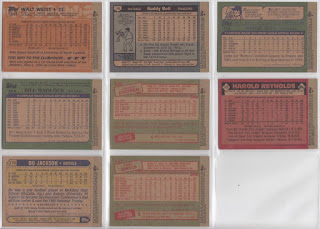 Cool cards. Wish there was a 1950s pack in there for you.

That's a cool way to get to open a complete set

Quite weird that the 70s group is so heavy on '70 and '71 with nothing past '72. No love for Schmidt, Brett, Carter, Yount, Molitor, Murray, or anyone else from the rest of the decade.

Ah, well, Topps really runs the reprints into the ground anyway. Not my thing.

SumoMenkoMan - I was happy with these three packs. Very cool trip back in time.

Brett Alan - There were two other 70's packs. Pretty sure most (if not all) of those guys had cards in the other two packs.