Written by Rebel Coyote at 8:31 PM 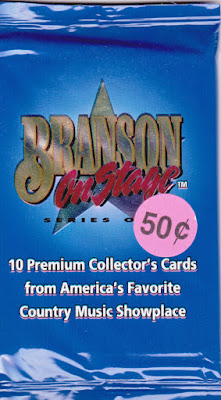 I was driving and on the way I stopped by Heart of Texas Country Museum in Brady. This small free museum have a gift shop where I found a pack of these. This set was produced in 1992 consisting of 99 cards. Let's see who in past country music graced on this set. 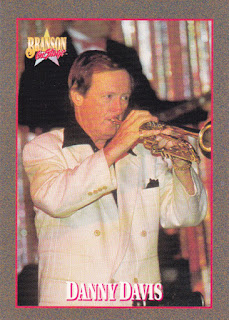 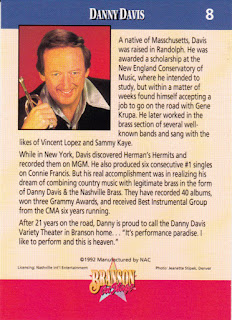 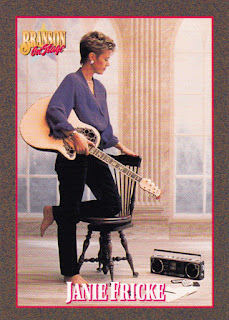 34 - Janie Fricke - success in the 80s where she won CMA female vocalist of the year. 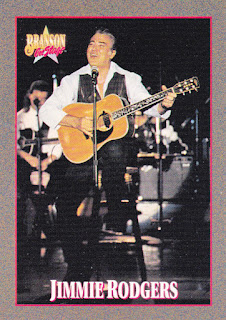 11 - Jimmie Rodgers - known for his hits Honeycomb and Bo Didley 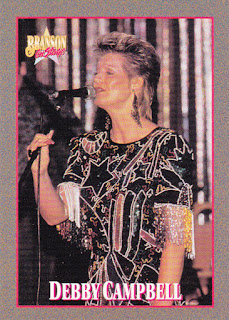 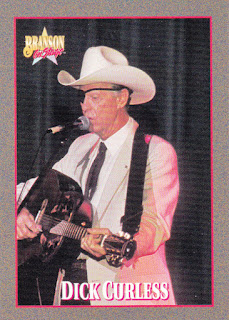 9 - Dick Curless - one of his suits is on display at the Heart of Texas Country Museum. Passed away in 1995 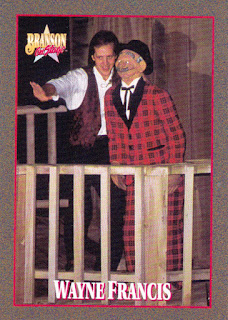 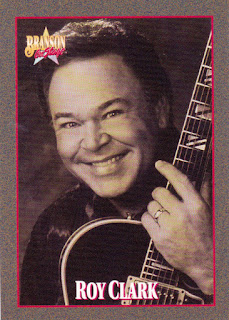 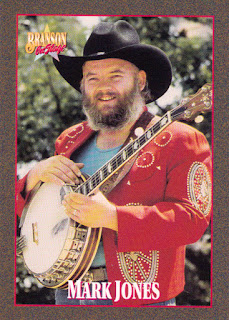 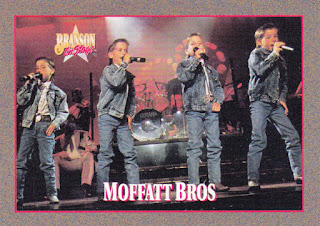 19 - Moffatts - talk about being kids in the spotlight. Canadian country band would get away from country and venture into pop rock. They split up and got back together for farewell tour. They released a single this year.

This might be better than Panini attempt at country music cards.

Email ThisBlogThis!Share to TwitterShare to FacebookShare to Pinterest
Labels: Branson on Stage

I must say, though, it's really hyperbole to say Danny Davis discovered Herman's Hermits. He just picked up their US rights.

I can't think of Branson without thinking of the episode of the Simpsons where they went there. Actually, I want to go there specifically because they have ostrich races!

No, pally, this is BRONSON, Missouri.

Fun cards. I've never seen these before and can say I only know a few of the entertainers. Still a lot of fun. Good stuff.

The Wild West of early 1990s sets was awesome. Everything went and the variety of sets is so fascinating. Thanks for sharing!

Awesome stuff. I want to find some packs... so I can pull a Shoji Tabuchi for my Japanese PC.