Written by BASEBALL DAD at 5:36 PM
1988 Topps Sticker Cards, our pack opening for the night. 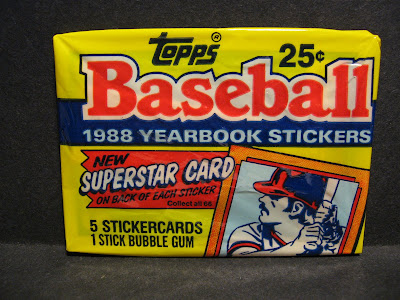 These were sold as stickers with a Superstar Card attached to the back of each one.There were 5 stickercards to a pack for $.25 with 48 cello wrapped packs to a box.The stickercards consist of 66 different players and 1 checklist card. 313 different stickers were attached to the cards,but not all cards had the same sticker. There are 3 different sticker combinations for each card.Some stickers were the same size as the cards, 2 1/8" x 3". Others were half size with two smaller stickers mounted horizontally.The smaller stickers all had individual numbers. An identical set was sold in Canada under the O-Pee-Chee brand name. An album was also available for placement of the stickers. 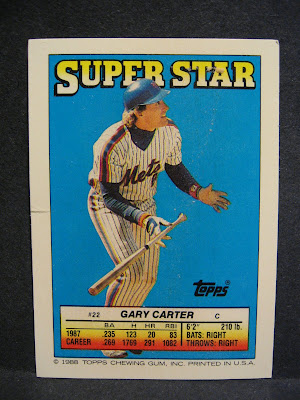 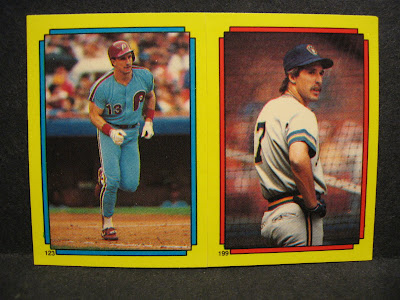 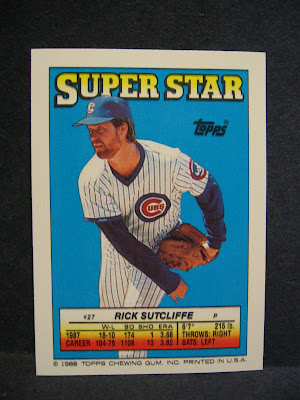 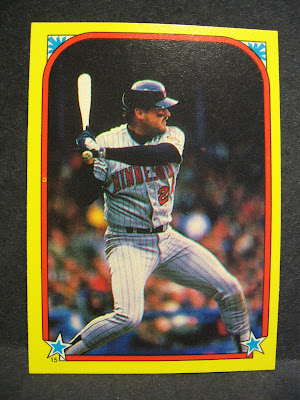 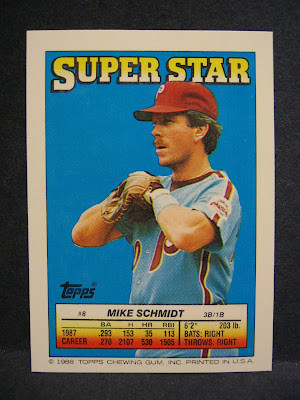 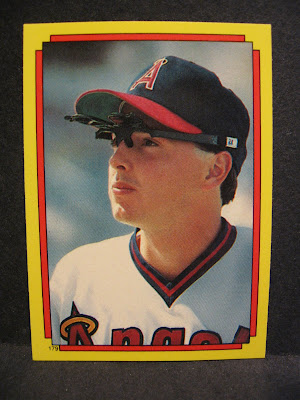 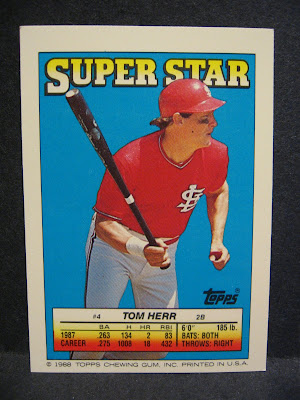 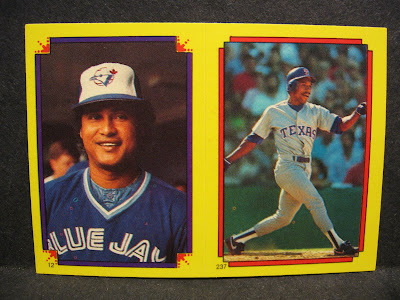 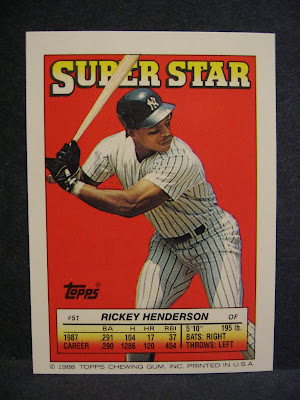 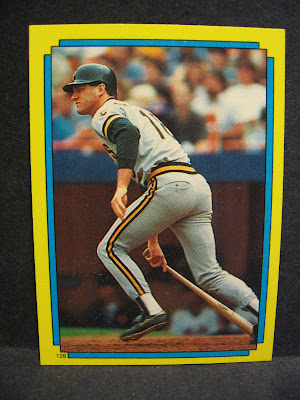 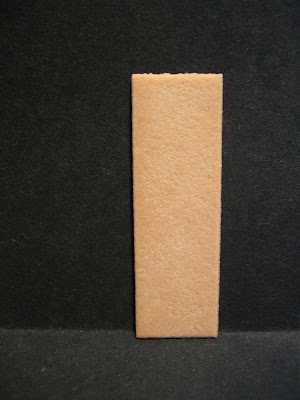 And, of course, what would a pack of cards in the '80's be without a piece of bubble gum !!

I loved collecting the stickers as a kid (that would be 80-81). By the time these came out, I was in my first year of college and baseball stickers were not on my radar (about the only that was in those days was Jack-n-Coca-Cola unfortunately).

I JUST found my old sticker albums in my parent's storage closet while visiting over the holidays. These were the best, plus they were cheap so I got a pack pretty much whenever we went somewhere that had 'em.