Written by Johngy at 7:52 AM
The 1978 Topps Baseball Card Set consists of 726 standard size cards.  The subsets are the Record Breakers, League Leaders, Playoff and World Series Highlights and Rookie Stars.  The Managers' cards featured a black and white picture of the manager as a player next to a current shot. 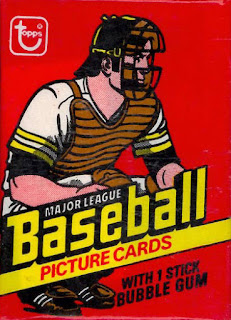 Veteran pitcher Rudy May had been traded to the Montreal Expos by the time this card came out.  Still, it is a great action shot. 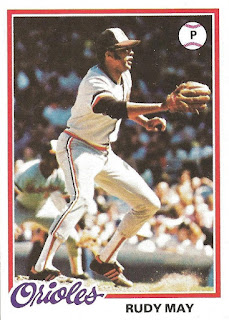 I was never a fan of any sort of "game" included on the back of cards. 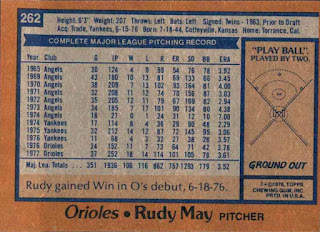 Jesse Jefferson went 9-17 for the expansion Toronto Blue Jays.  I loved getting cards from the "new" team. 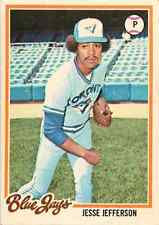 Fran Healy would only play one more game after the release of this card. 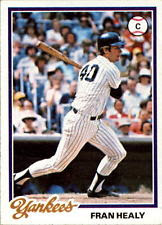 J.R. Richard was in the middle of a nice stretch with the Houston Astros.  Unfortunately, a massive blood clot ended his career in 1980. 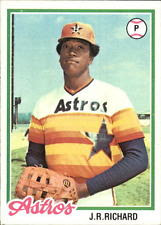 Bobby Murcer just finished his first season with the Chicago Cubs after the big trade for Bill Madlock. 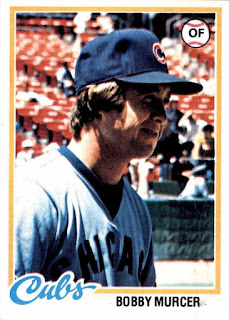 Bruce Kison was in the middle of his career.  The card does give a good luck at one of the many uniform combinations of the Pittsburgh Pirates of that era. 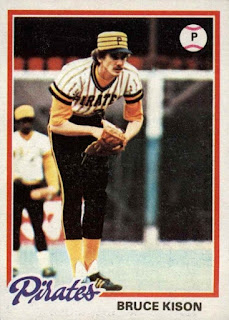 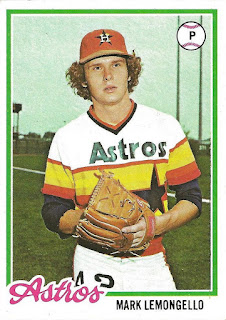 I just loved Ted Simmons.  He should be in the Hall of Fame. 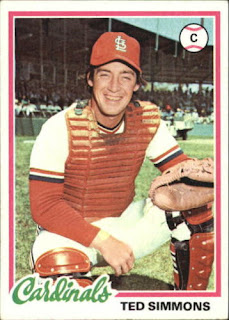 I love everything about this card of Dave Collins. 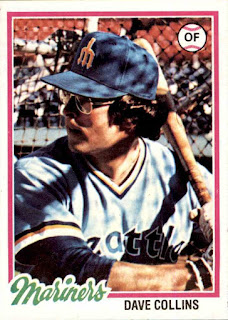 Rowland Office was going to have the best year of his career in 1978. 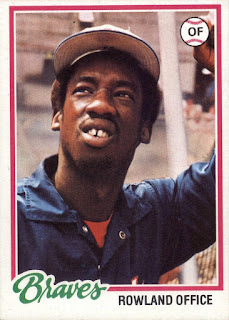 The much-traveled Oscar Gamble got a bad airbrush job to signal his move to the San Diego Padres. 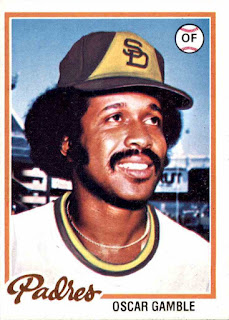 Doug Ault got the cool Rookie Cup on his card.  He also has a cameo appearance by Thurman Munson. 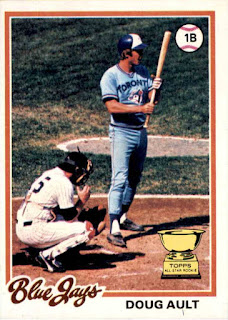 Future Hall of Famer got the tri-colored All-Star shield on his card.  I have grown to like this shield more as the years passed. 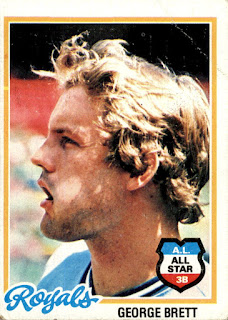 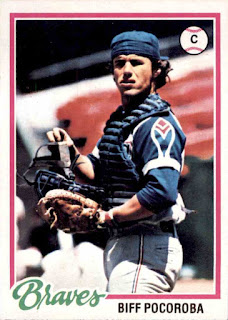 Not my favorite set of the seventies but nice pull. George Brett, Ted Simmons and J.R. Richard stand out for me. Nice post. Thanks.