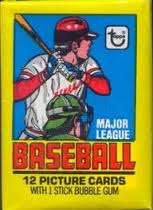 Long-time Kansas City Royals second baseman Frank White was in the prime of his career. 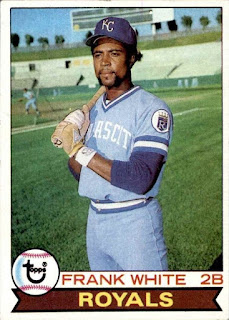 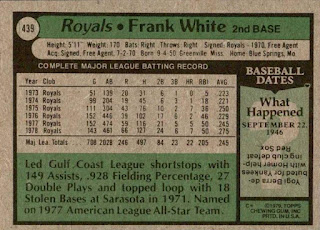 While it was great to see Ken Holtzman back with the Chicago Cubs, the results were not great.  This would be Holtzman's last season, although he would get a career-capper card in the 1980 Topps set. 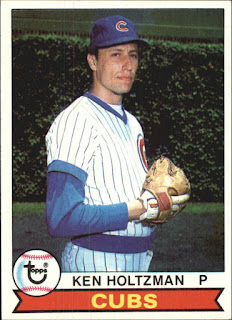 The one-time phenom Clint Hurdle was still trying to establish himself. 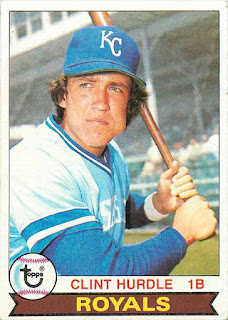 Rich Goose Gossage was in his prime, although he would go on to pitch through 1994, before eventually being inducted into the Baseball Hall of Fame. 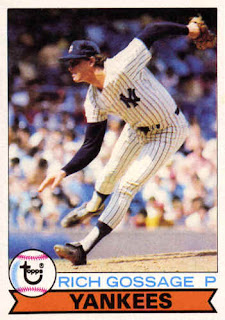 By the time this card was released, Bob Bailey had played his last game, ending a solid 17 year career. 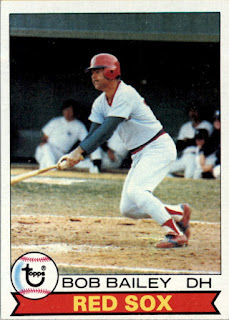 Andre Thornton was entering his prime and would go on to have many more successful years with the Indians.  He is another good one who got away from the Cubs. 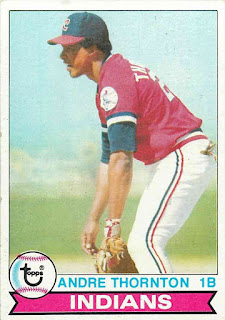 This is the perfect picture of the classic backup catcher.  Montgomery spent the 1970's as Carlton Fisk's backup and earned a place in my Backup Catcher Hall of Fame. 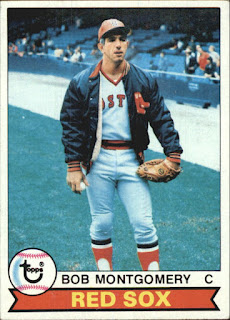 Brother of Jose and Tommy, the versatile veteran was traded to Cincinnati in midseason. 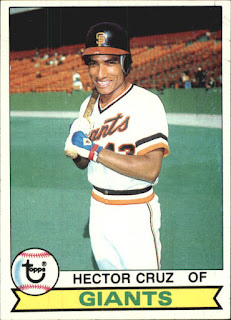 Montanez shows the classic 1st base pose.  He would be traded to the Texas Rangers (his 6th team) in midseason. 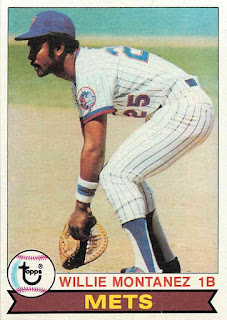 The versatile Kurt Bevacqua would have his best season in 1979.  The Topps Bubble Blowing Champ of 1976 retired after the 1975 season. 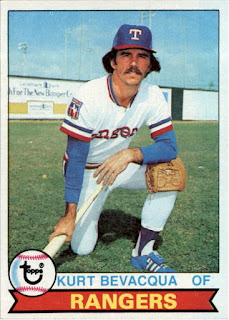 Knuckleballer Joe Niekro was in the early part of the best stretch of his career.  He would go 21-11 in 1979, finishing 2nd (to Bruce Sutter) in the Cy Young Award voting. 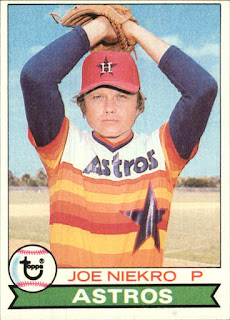 Veteran slugger Lee May was nearing the end of his excellent career.  He played 18 seasons, collecting over 2,000 hits, before retiring after the 1982 season. 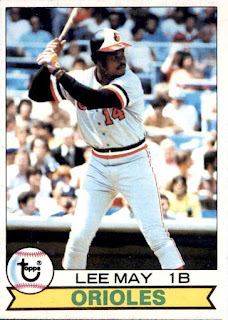 That's a pretty solid pack with a Hall of Famer, some minor stars, a future Manager card... Good stuff.