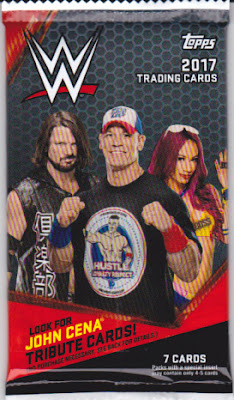 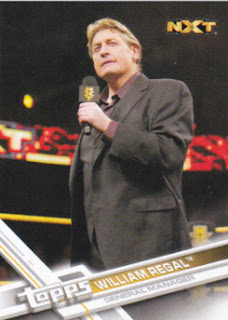 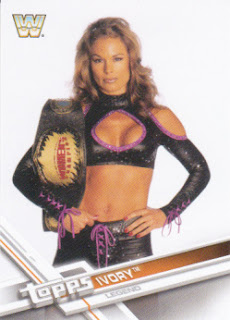 95 - Ivory - former WWF Woman champion during the Attitude Era. She's on the Legends subset but hardly get mentioned. I noticed WWF logo is airbrushed off the title. 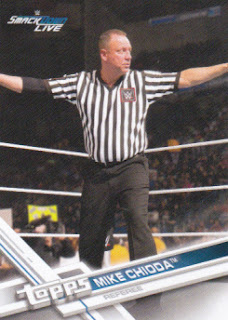 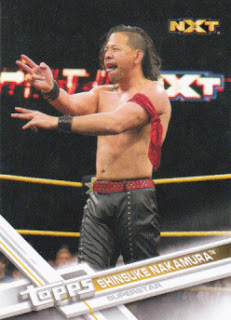 86 - Shinsuke Nakamura - The King of Strong Style is former NXT champion. I saw him lost the belt to Bobby Roode at NXT Takever: San Antonio in person. Now on Smackdown. 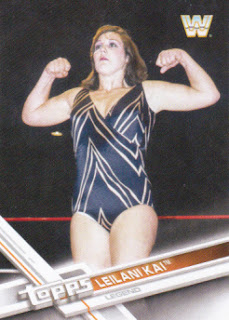 98 - Leilani Kai - former WWF Women Champion in the mid-80s defeating Wendy Richter before losing it back to her at first Wrestlemania. She also fought Madusa at Wrestlemania 10. Teamed with Judy Martin to form The Glamour Girls fighting mostly with Jumping Bomb Angels for the short lived WWF Women Tag Team titles. 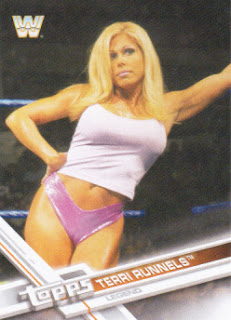 92 - Terri Runnels - the former Marlena and Alexandria York (WCW) as well ex-husband of Goldust on Legends subset. Feel so wrong for her to be on this set. 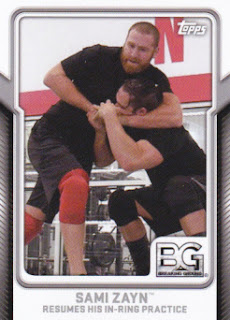 BG9 - Sami Zayn - Breaking Ground insert set about WWE Network show. This one featuring Sami Zayn getting back in shape after being on the shelf for injury.