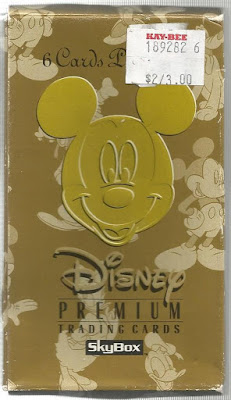 These are 1995 Skybox Disney Premium. The "wrapper" is actually a cardboard box made with a muted "gold" coating. Mickey's face is embossed (er, more accurately, "a relief") on the front. The back of the box consists of two flaps held together by a mickey icon sticker.

The cards are pretty sturdy for trading cards, thus the "Premium" designation. They are the same thickness as regular trading cards, but the material is MUCH sturdier, akin to modern Allen and Ginter maybe, if not even more so.

The fronts feature a high quality image with a gold foil double border. In the upper left, the Disney script insignia in gold foil with the word "Premium" in white all-caps just below it. In the lower right corner, the name of the character or event featured on the card. They are quite gorgeous, really. 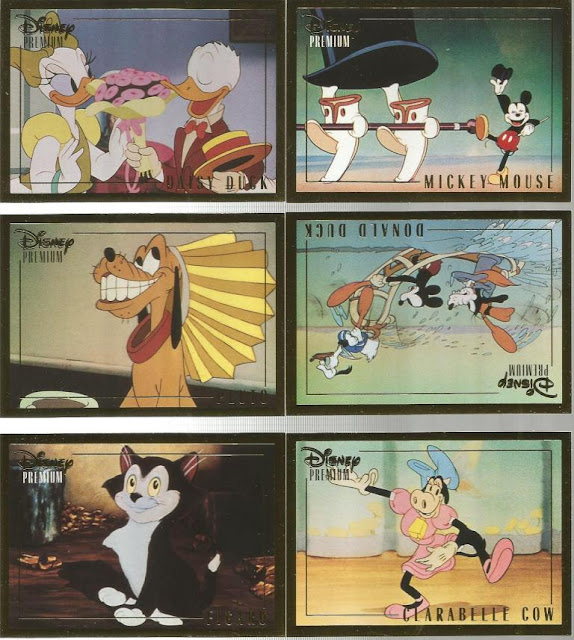 The backs feature a cropped version of the front image surrounded by a gold border. The text on the back features the Disney script, the word "Premium" and the card number near the top. Just below that, in red, a title describing the featured image. There is a storyline/bio info about the featured character on top of a watermark indicating a year. Sometimes the year is connected to the bio and sometimes not. At the bottom of the card, copyright info and logos. 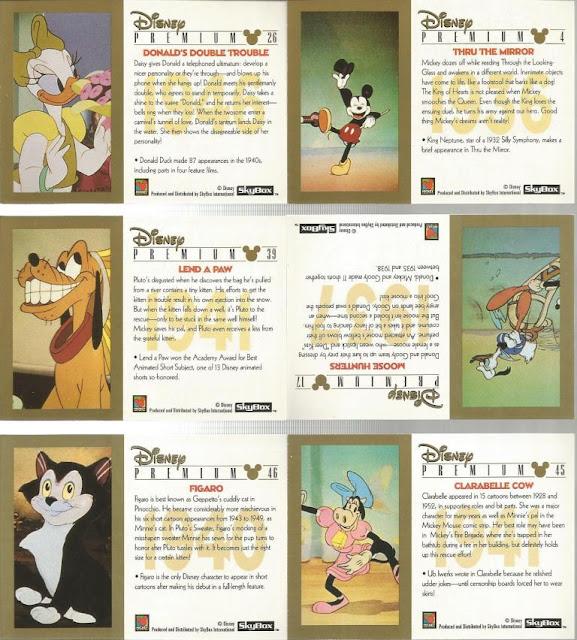 The set itself features 80 base cards and two insert sets (chase sets?). The inserts include "Silver Screen" cards and two "Holobossed" cards, according to the text on the box.