Written by Billy Kingsley at 2:38 PM
The NHL season ended on Sunday night, with (Spoiler alert!) the Pittsburgh Penguins defeating the Nashville Predators to take home the second consecutive, and 5th overall, Stanley Cup for the franchise. It was my first season as an NHL fan, but I got hooked very quickly and the 2017-18 season can't come soon enough! (Personally, I wanted the Predators to win, because how cool would it have been to have a first time champion in my first season?)

To commemorate my first season, I decided to open a pack of O-Pee-Chee Platinum from a blaster I had purchased last month. As is my usual tactic, I don't open every pack as soon as I get it but save them to spread out the fun. 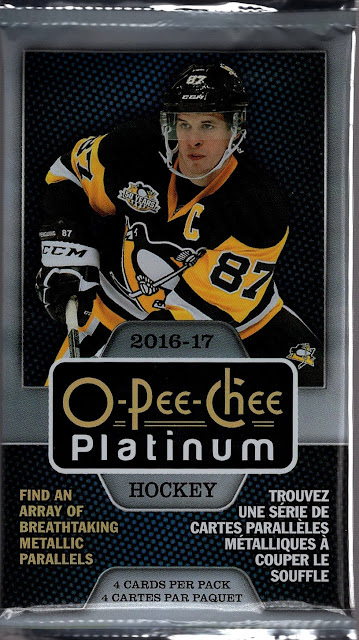 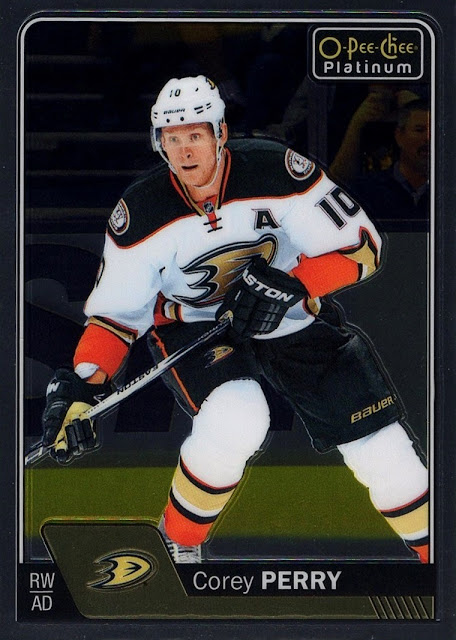 Next was an Ice Blue Traxx parallel, #29, Shane Gostisbehere of the Flyers. This is my first time seeing one of these Ice Blue Traxx in person and they are really nice! Far nicer than they appear in scans. 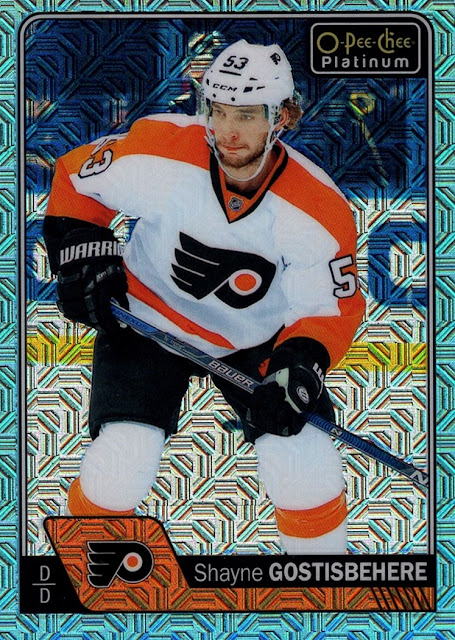 An insert shows up next, from the very large Retro insert. At 100 cards, this insert set is half the size of the base set, which is only 200 cards. This is #R-45 and features Derek Stepan of the New York Rangers. 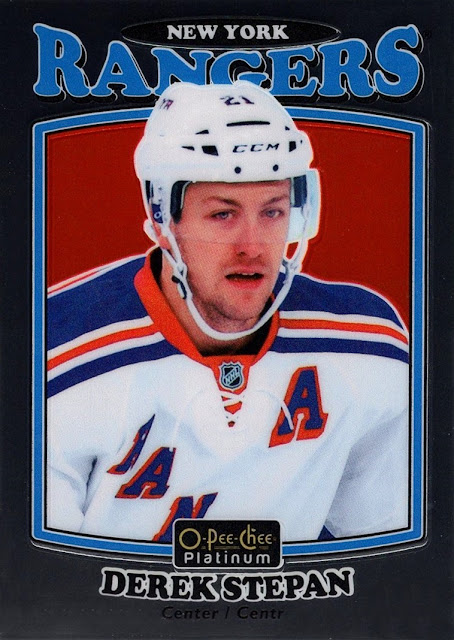 Finally, we conclude with another base card, #82 of Rick Nash, also of the Rangers. Hey, I'm happy with that, as the Rangers have taken an early lead as my favorite team. (Although, like the NBA which I've been following for more than 20 years, I collect and watch every team) 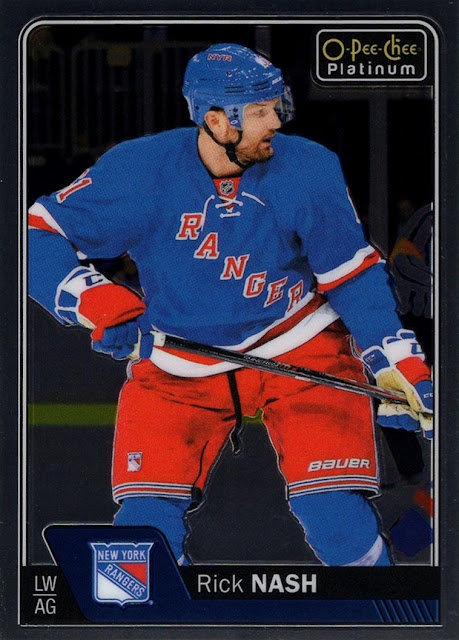 Here's a card back, just for completionist sake. 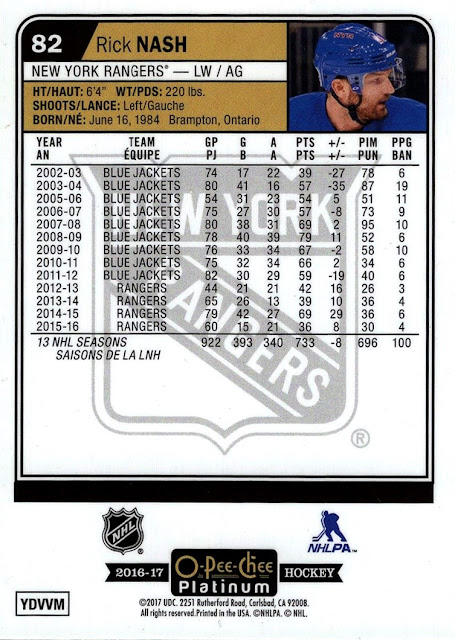 Thanks for reading, and please take a look at my own blog, Cardboard History, if you want to see posts about the NBA, NHL and NASCAR on a regular basis.

I'm with you Billy, I can't wait for next season. I think I'm having hockey withdrawals already.

Nice pack Billy. You're right about the Traxx parallels, they are awesome!