Written by Rebel Coyote at 6:55 PM 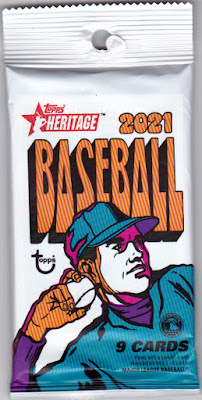 What is this? It's a pack of 2021 baseball cards. I was surprise to see a pack today at Target. It's bare and out of stock at every place that sell cards. When there's opportunity grab a pack. This is first baseball pack I purchased this year. I got is a 9 card pack of this year's Topps Heritage. The 500 card set is from 1972 Topps design. 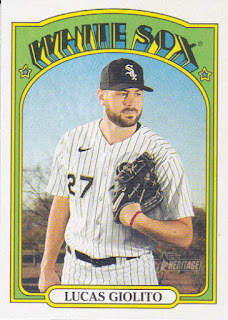 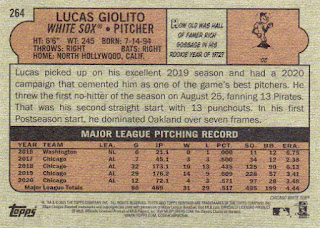 264 - Lucas Giolito - front and back of the card. Giolito threw the first no-hitter of 2020 season 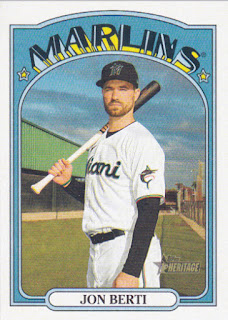 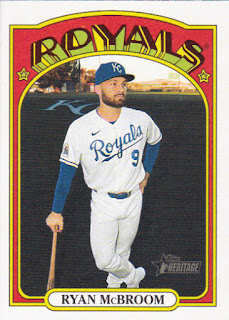 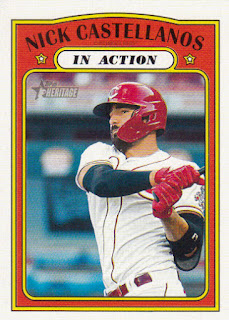 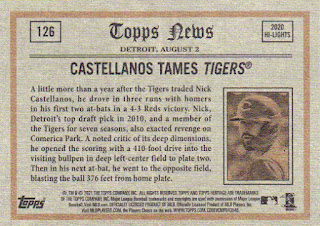 126 - Nick Castellanos - In Action card of Nick. This one feature his highlights from a game against his former team, Detroit Tigers. 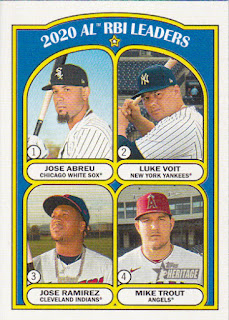 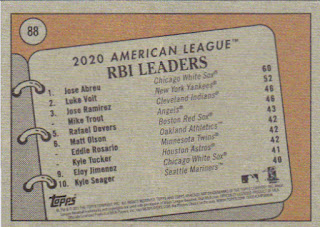 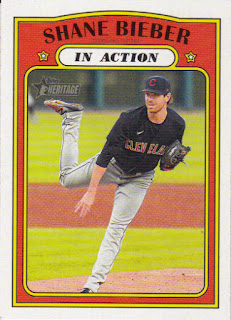 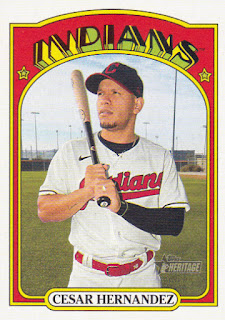 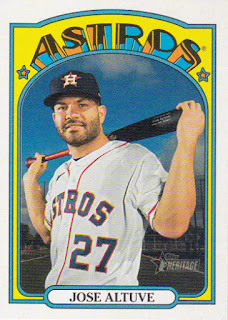 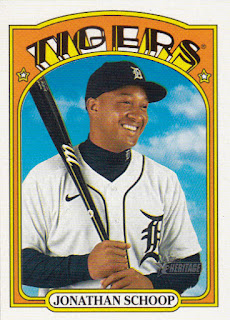 This is the pack of 2021 Topps Heritage. Good luck on finding a pack these days.

Written by Jafronius at 12:08 PM
Greetings...
Hope everyone is doing well.  If it weren't for everyone's favorite Buddha, ol' Jafronius would have been the sole poster for the first quarter of 2021.  That's a lot of posts of just me.
This could be another effect of The Virus...all the current product was purchased by the flippers, so the APTBNL staff dug into their collections or old LCS inventory and posted what they could find.  Now, the old stuff has already been posted and the new stuff is not as hard to find, but you still gotta be lucky. No idea.
Anyway, here's something I came across the last couple of times I was in my L(ish)CS: 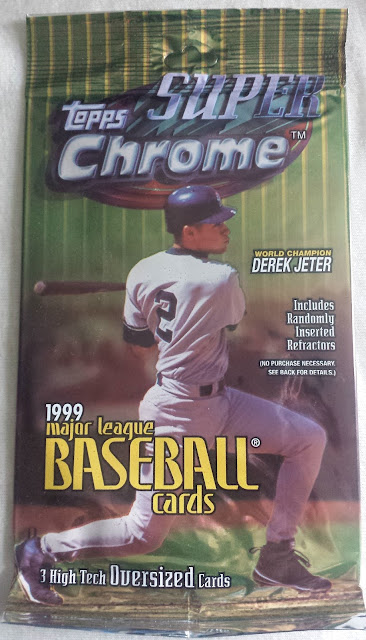 I usually dive into the big green tub of cheap old packs there, but I still wander about the store to see all the cards and packs I won't be able to buy.  The last two times I've been there they had an open box of these Super Chrome packs.  4 bucks for 3 cards was the asking price.
According to Baseballcardpedia.com, Super Chrome was a 2 year effort, with 1999 being the final year.  Each set consisted of 36 cards and the design mirrored that year's Topps flagship set.  1998 had 36 players but 1999 only had 30, with 6 highlight cards.  Here's a link to the checklist if anyone's curious.
The only parallels were refractors, which came 1 in 12 packs.  There were 12 packs in a box.
Here's the first pack: 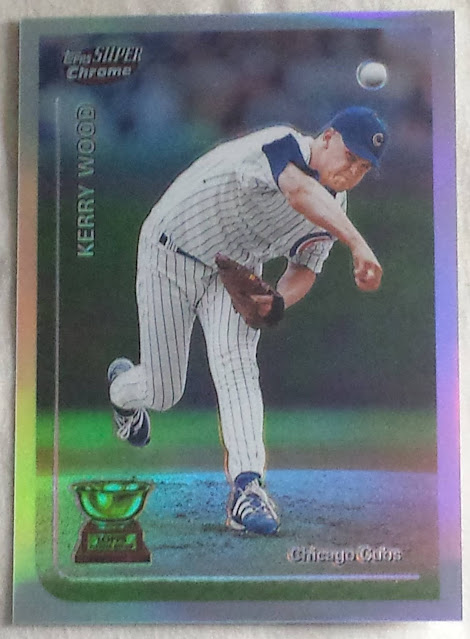 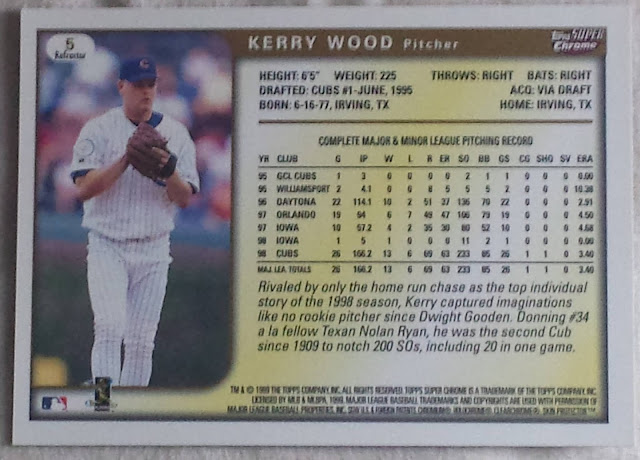 Here's the back of Kid K.  You see the Refractor label at the top left and the Super Chrome logo at the top right. 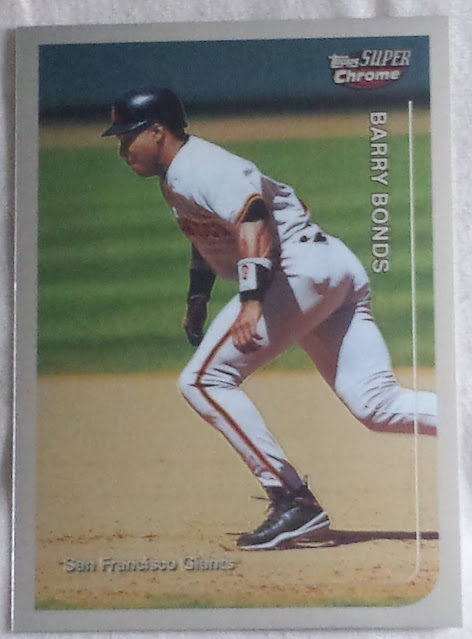 #22 - Barry Bonds
I'm too lazy to look up 1999 cards online but I'm assuming Super Chrome is using the same image as flagship...I don't think Topps was into SP's and SSP's and SSSP's back then. 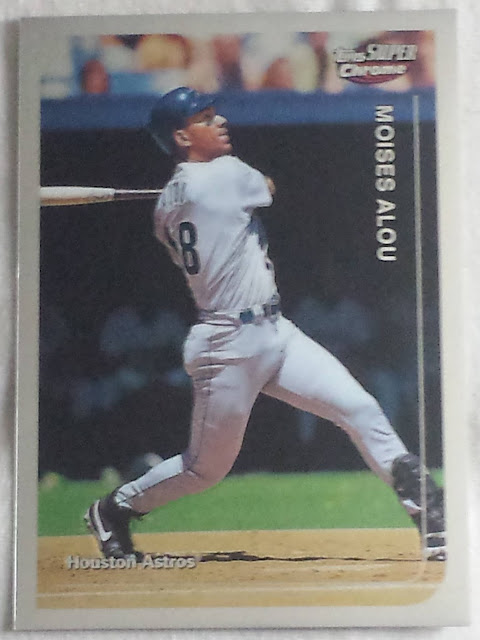 #21 - Moises Alou
That was the first pack.  I was quite pleased, so I picked up another pack the last time I was there. 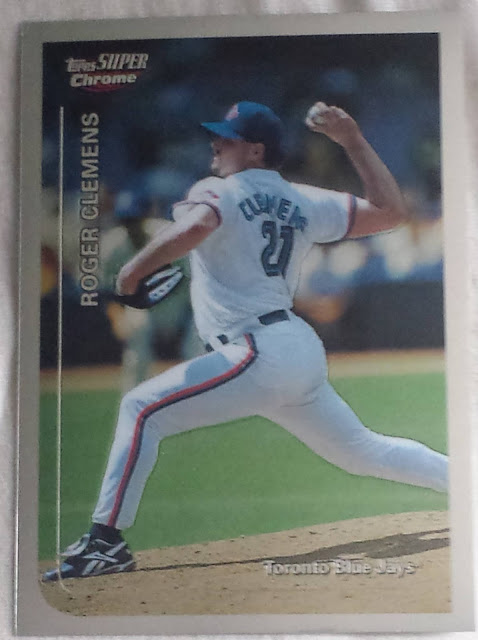 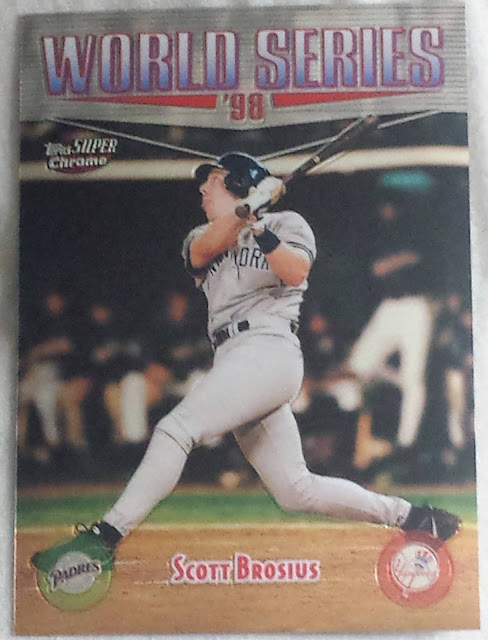 #36 - Scott Brosius (World Series Highlights)
Here's one of the 6 Highlight cards in the 1999 set.  It's too bad 6 players had to be cut for the Highlights, but I guess this is the only way "Ferocious" could get into the Super Chrome set (Is that his nickname?  Probably not...I just like how it rhymes). 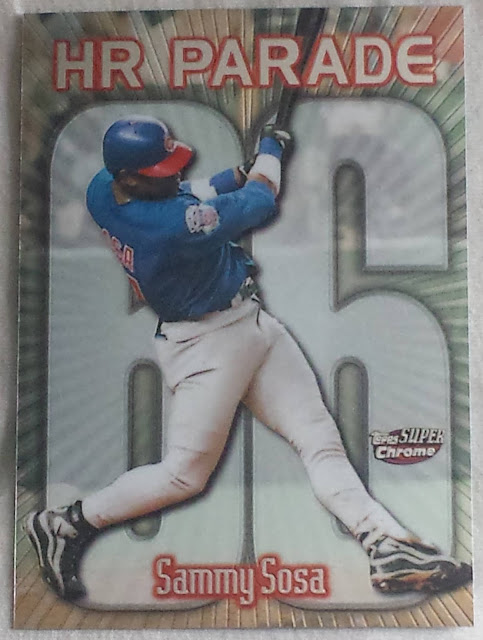 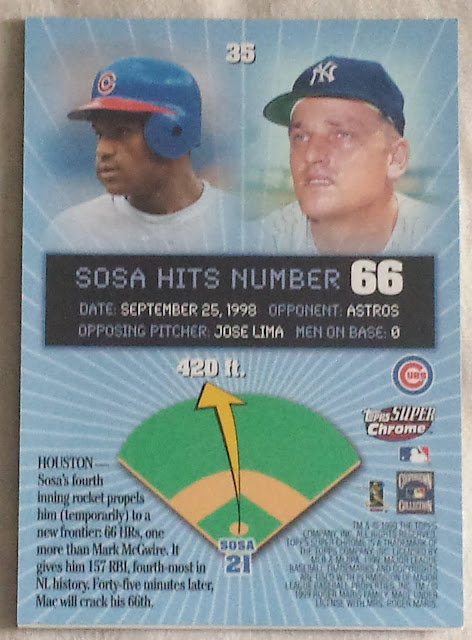 Here's the back of the card.  Not as Chromey but still Super!
Again, these cards are 4 1/8" X 5 3/4" so storing them would be difficult but not impossible.  For those like me who aren't good with fractions, here's Super Chromey Sosa next to regular Stadium Club Sosa:

Anyway, that's the pack.  For the record, these were enjoyable rips.
More eventually.  Have a good weekend, and thanks for reading!
2 comments