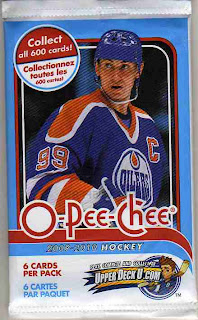 I stopped by Target today to pick up a bubble mailer to send Thorzul some swag for his Trade Me Anything event. I tried not to get anything from the card aisle, but I was sucked in there anyway. Damn you Matt for posting that Targets have Mayo! Luckily there was no Mayo to tempt me, but I still broke down and picked up one pack. One little pack, what could it hurt? I can quit at any time, IT'S JUST ONE PACK. I don't even like hockey anymore, ten dismal years from the Thrashers have sucked the Hockey Love right out of my system. The only reason I haven't abandoned the Thrash altogether and jumped on the Red Wing bandwagon is that Evander Kane looks like he could be a really good player. I saw him pick up his first NHL point with an assist when I stumbled upon a game earlier this year and I was pleasantly surprised. Let's check out the pack, shall we? 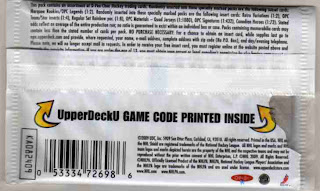 One pack of hockey cards. One pack that turned out to have been pre-OPENED. What cretin is frequenting my local Target?? This is not the first time shenanigans have occurred in that card aisle. The results were actually not too bad: 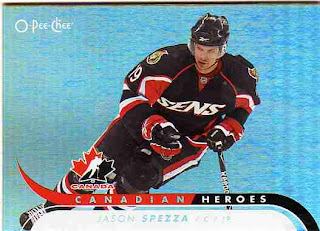 I think this was the cuplrit behind the opening. Aforementioned cretin found a pack with a thick card inside (and these inserts are pretty thick) and ripped the pack to swipe the jersey. However, there was no jersey to be found. This card is shiny and foiley and is one in 72 packs so what the heck. I also like the "SENS" on the sweater. 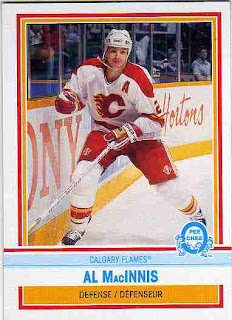 This is a retro? high number? Short print? thingy. I's Al MacInnis, which is cool. Of all the cards in this pack, this will be the one I end up keeping. 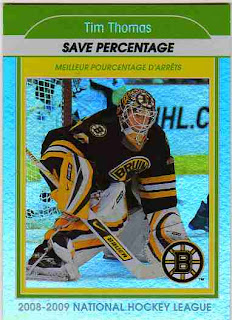 This is some kind of insert card. It's shiny enough... I don't know who the heck Tim Thomas is, but he's obsiously a pretty good goalie and I like the Bruins logo on the sweater. This is how far I have fallen as a hockey fan. I'm judging cards based on their fashion statement and not the player. 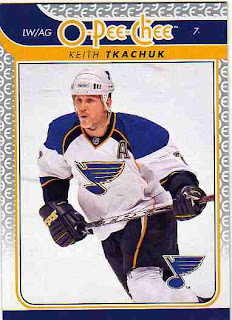 UGH. The Thrashers traded a player and THREE draft picks for 18 games and a first round playoff sweep worth of this guy. The damn Thrashers have totally killed hockey for me. This is the base card design. It's, uh, kinda ugly. The product logo should not be 5 times the size of the player name and those eeees on the border are hideous. 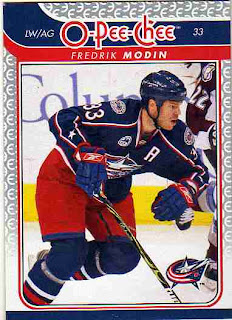 I can't even figure out who this guy plays for. Hey, Upper Deck. No team name on the front is a good idea beacause...? How did these jokers get an exclusive.

So there's my first and last pack of hockey cards this season. If anyone want's 'em (except the Al Mac), pester me. Any of youse hockey heads out there that can provide me with a card of Evander Kane, you shall be handsomely rewarded.

Bahaha, pack searcher fail. Once an insert gets into the 1:72 pack range or higher, it's pretty much a hit regardless. Nice pack.

Saw Evander Kane when he was still in Junior totally stomp on my hometown Portland Winterhawks. You could tell he was something special then.

I feel sorry for you as the Thrashers GM, Don Waddell, has been running that team into the ground for years. If Kovalchuk leaves in the summer, that's pretty much all she wrote for the Thrashers...

hey if you're not gonna keep those cards i'll take 'em off your hands. email me. forsbergroypronger33@yahoo.com