1994 Score was the first foray into UV-coating with the flagship set. I personally think it looks pretty nice, especially when compared to some of the sets that would follow in later years. 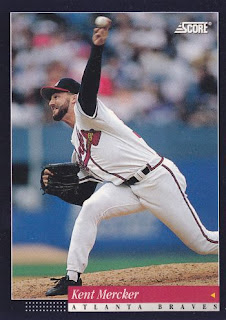 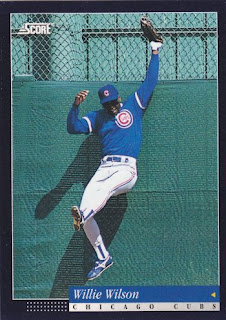 134 - Willie Wilson (Wilson was still hanging around as a lousy Cub at this point.) 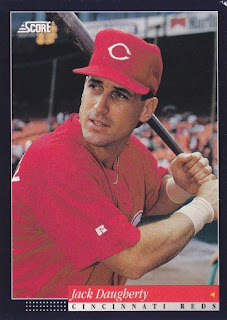 146 - Jack Daugherty (Jack had the name of someone in another profession... country singer perhaps? Private detective?) 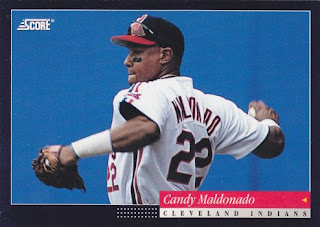 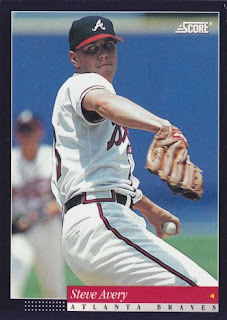 166 - Steve Avery (Avery was a star at this point and was the most collectible pitcher of the Braves staff for a time in the early '90s. No one I knew wanted to touch Smoltz or Glavine.) 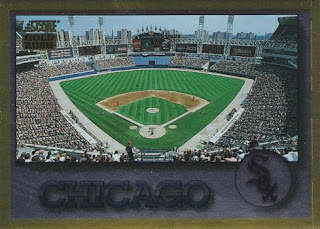 320 - Chicago White Sox Checklist Gold Rush (The gold metallic one-per-pack parallel was Score's answer to Topps Gold and others like it.) 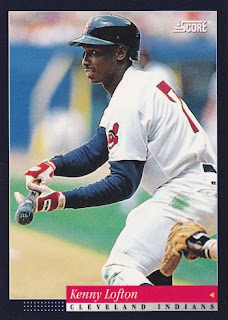 81 - Kenny Lofton (It looks like Lofton is going to take a pitch off his fingers if he's not careful.) 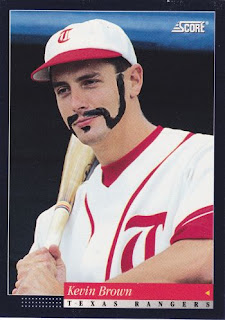 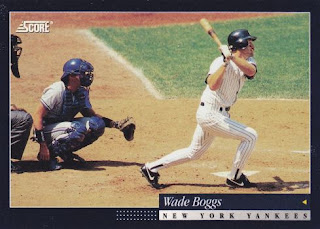 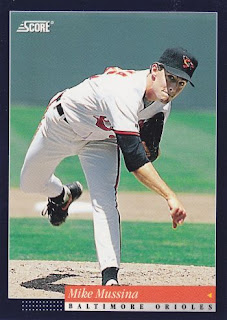 9 - Mike Mussina (Mussina should be a Hall of Famer. It shouldn't be held against him that he pitched for Baltimore for so long.) 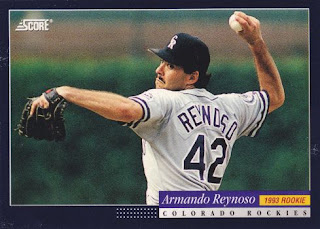 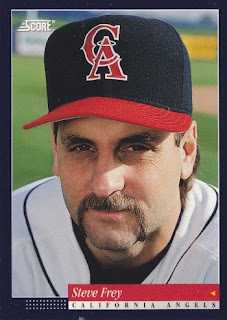 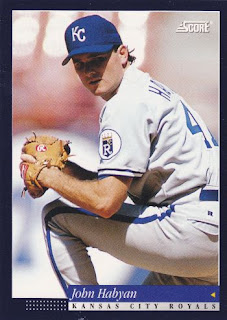 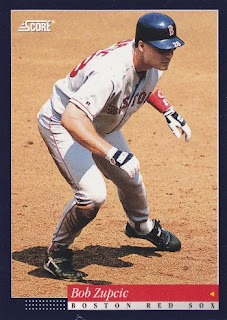 Wow. Thank you for posting the pack wrapper. That really brings back good memories.

Totally brings back memories, this was one of the first sets I ever bought cards of. I honestly don't even remember how I got them but one day I just realized that I had a pile of baseball cards lol, it was a sign. Roids or no roids, I'd love to trade for that Wade Boggs, I remember being 6 and watching him ride the horse around the field after the Yanks won the World Series. That Mussina is cool too. Send me an email at nicocritelli@yahoo.com, you had mentioned on my blog that you were interested in trading for some tribe cards, maybe we can put something together.
-Nico

I think a lot of the Score cards are underrated. They're nice cards.

This is a set I might consider putting together in the future. Especially if UD's future baseball releases are the diasters that I expect them to be.