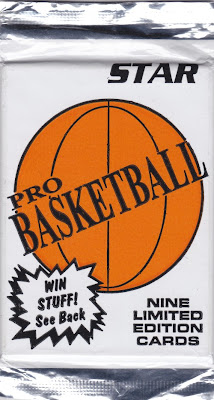 I knew as soon as I looked at the wrapper that I had run into something special. This mysteriously plain wrapper, lacking any information other the brand name, "Pro Basketball", and the chance to "win stuff!" all screamed A Pack To Be Named Later to me. I'm not gonna lie, folks. Even at $1 a pack, this is hot garbage on a sweltering day. Once upon a time, Star used to be a cool, mysterious brand that made some highly sought after NBA cards during years where no one else was up to the task. By 1993, apparently devoid of any license to print anything that anyone would want, they came up with this. 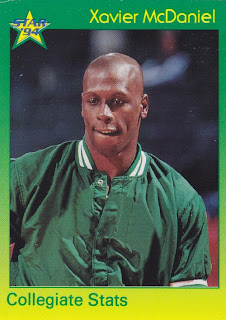 18 - Xavier McDaniel - Well, hey, at least it's trying to be NBA basketball. After looking at the wrapper, I honestly had no idea what to expect. 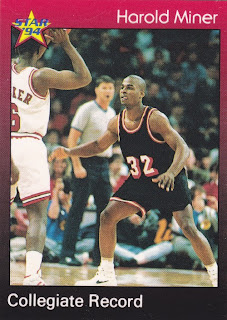 3 - Harold Miner - Star cards were never much to look at or printed on the most substantial card stock, but they managed to only add a thin bit of UV coating to their standard minimalist look, while exploring some fonts that were straight out of an Apple ]['s Print Shop software or something. 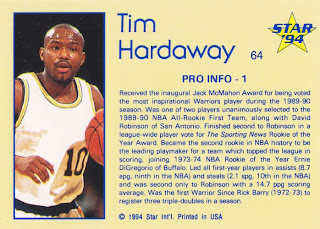 64 - Tim Hardaway - Some cards have stats, while others just have bios. I do give them props for managing to do what Panini can't even figure out in their current sets by including a second photo of the player instead of just lazily cropping the front photo and using it a second time. Of course, they're airbrushed to hell and back. 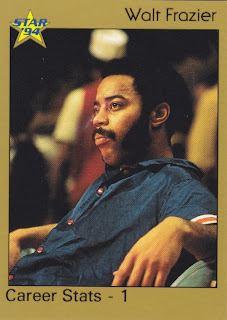 22 - Walt Frazier - This seems to suggest that there's a "Career Stats - 2" card out there somewhere. 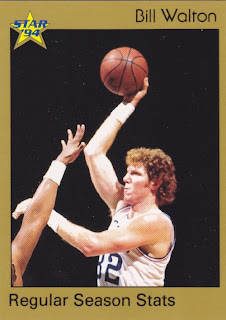 45 - Bill Walton - Star used to make mini sets for individual players and must have enjoyed it so much that they put multiple cards of the same player in their larger sets. I'm guessing Walton has other cards besides the one he's pictured on here, as a seldom seen San Diego Clipper. 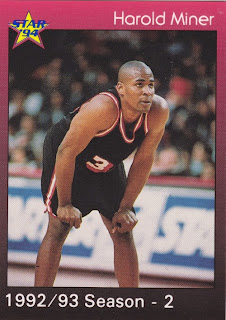 37 - Harold Miner - Multiple Harold Miner cards in the same pack? Not a good sign. I wonder what "Baby Jordan" is up to these days. 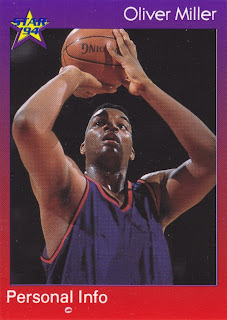 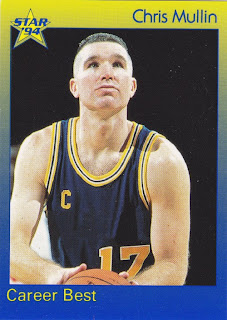 52 - Chris Mullin - This is one of the few cards in the set where the airbrushing is not quite as jarring. It all has to do with team logo placement, I suppose. 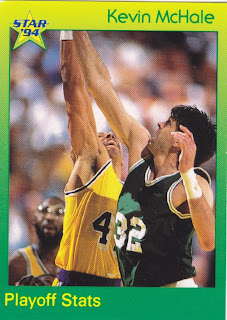 77 - Kevin McHale - Surely they could have picked a better photo of McHale to doctor. Not only did someone have to go to work on two different iconic jerseys, but they really managed to mangle McHale's.

Thanks for sharing. It saves me from ever having to buy this stuff. This product might just be one of the worst basketball sets ever produced.