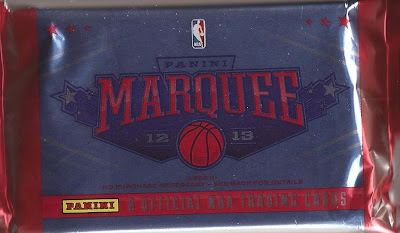 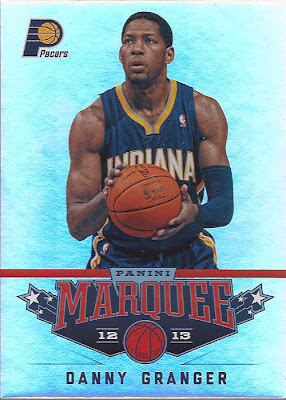 Yeah, they are not electric blue. They scanned that way. This cards are your standard foil, except for one thing: holy crap are they thick! Think fake blocker card thick. Maybe just slightly thinner than a blocker card, but way thicker than your average card. Style is simple with the club name upper left. Panini sure likes their Marquee logo, as you can't miss it on the front. 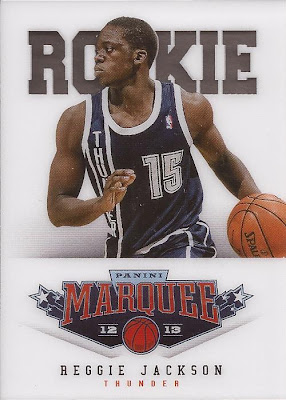 This is an acetate card. I think they fall one per pack. The "ROOKIE" lettering is clear. This card, though, is average thickness. 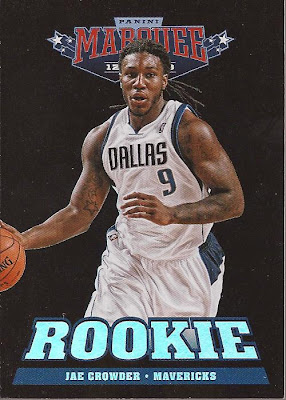 Now this rookie card does have a black background. Why the need for 2 styles of rookie cards? Ask Panini - I just rip the packs open. 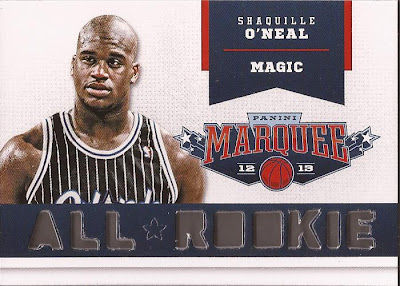 Another insert. According to the pack, this is an "All-Rookie Team laser cut".

Nice laser cutting - you left the star! And that is some weird, stupid gradation line at the bottom of the card. Decent idea with really crappy execution. 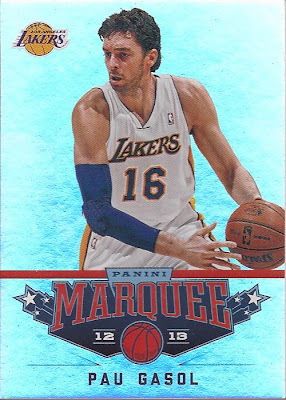 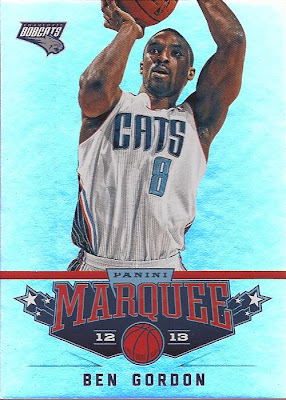 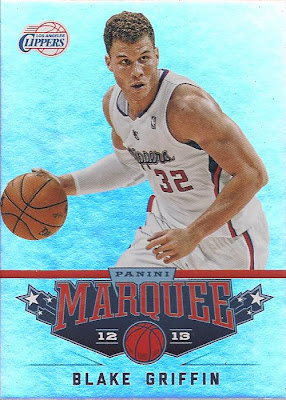 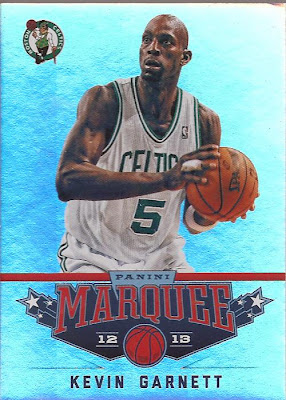 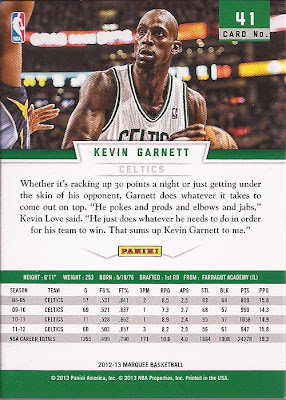 Wow - really different, Panini. There you go. If you want the pack, send me an email.

Not a looker among 'em. Wow, you'd think Panini would class it up on the back of the card for what I'm assuming is a high end product. I could tell the difference between the back of these cards and anything else that they do.