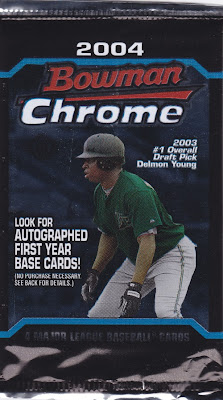 One of the oddball tables at a recent card show I attended had some packs that you just don't see every day. There were several things from what I call "The Lost Era", the years I didn't collect cards. This was roughly from the mid-90's bust to 2005 or so, around the time that people my age apparently start to revisit things from their youth that made them happy - or at least slightly amused. The packs weren't incredibly cheap, but I took a stab at six different packs for the total of $10. Here's one of those packs. 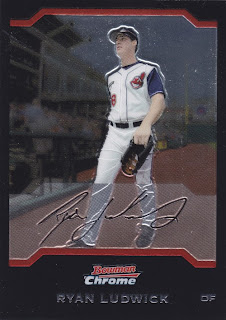 41 - Ryan Ludwick - Ludwick proved to be a key cog in the NL Central-winning Reds machine last year, so it's troubling that he was lost with a major shoulder injury on Opening Day. Of course, as a Cards fan, I should be delighted that the rival team suffered a blow like this. Ludwick was a Cardinal at one point, and is an easy guy to root for. He lost a great portion of his early career to serious injuries, but became an All-Star just shy of his 30th birthday. 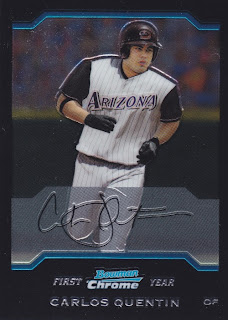 202 - Carlos Quentin - It's rare when there's a fight in sports that's barely polarizing at all. Only the most strident of Padres fans could seemingly defend Carlos Quentin's actions. No matter what you think of Zack Greinke or the Dodgers, it's hard to side with Quentin there. 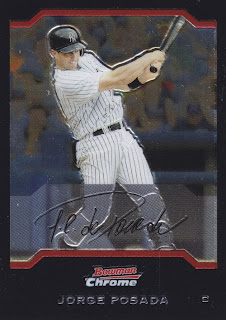 32 - Jorge Posada - A friend of mine would constantly remind me when Jorge Posada's name came up that the now former Yankees catcher would willingly, perhaps even blissfully urinate on his own hands. He's not exactly the most reliable and informative person, but a little Googling turns up some information about this... thing. 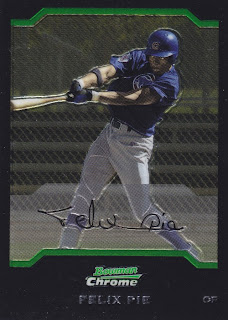 162 - Felix Pie - Pie never set the world on fire in his opportunities with the Cubs and Orioles. He's playing at the AAA level in the Pirates system currently, which means we'll probably see him back in the league at some point.

Moises Alou also became known as "pee hands." You have to wonder about any guy that bats without gloves now.
--Jon