Written by JediJeff at 4:50 PM
Blackhawks just clinched the President's Cup, so let's post a hockey pack I ripped from my LCS's pack wars. I like this product, except for the price tag. 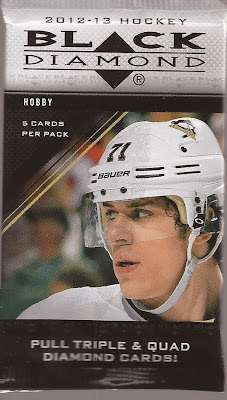 Well slap me silly - it's not Crosby or Ovechkin. It is Malkin, though. You get 5 cards in the pack, and you are looking for the triple and the quad diamond cards. Triples fall one in every 4, which happens to be the same seeding as double. Quads drop one every 12 packs. 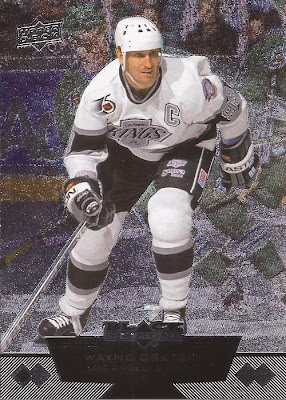 The Great One right on top. I love the hashing they do in the background of these cards. While you cannot tell in the scan, the hash marks go in directions in relation with the image, so you get some much better texture than the scan shows. The name at the bottom scanned like crap, though. You have to hold them in the light at the right angle to read the name. Single diamond, btw. 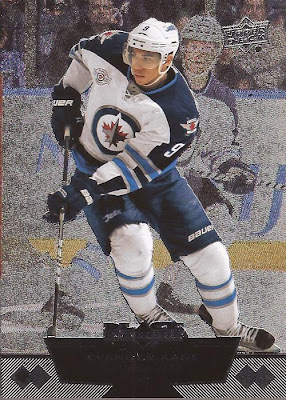 The Kane that is not Patrick - Evander. I like the lack of the Betteman strips on the Jets uniforms. I just wish they went back to mimic an earlier look.Single diamond. 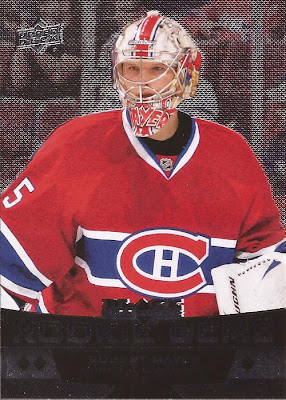 This is a Rookie Gems, though you can only guess that because the bottom of the card is different than the others. Great mask on a guy still in the minors. Triple diamond. 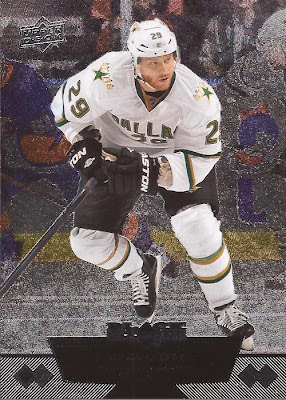 Steve Ott. Single diamond. The great thing about Upper Deck is....well, let me show you the back. 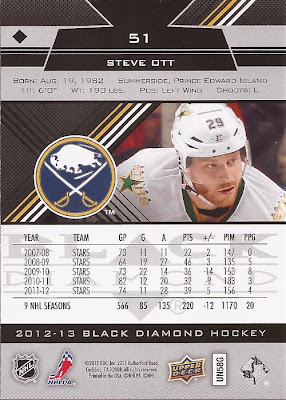 Yes, it is the same photo as the front, but dig that team logo. Yup - we have a Sabre player shown in last year's team uniform. No photoshopping here. I like when they are not shopped. 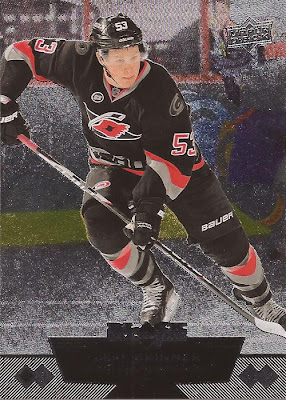 Jeff Skinner. Nice pull of the youngest player ever in the All Star game and 2010-11 Calder Cup winner for ROY.

I like these cards. Be a nice box to rip if I could find one cheap.