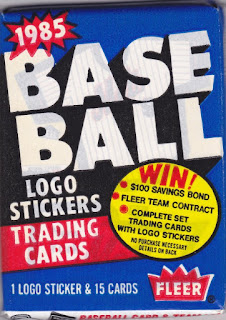 From grey to more grey, here's a wax pack of one of my favorite sets of all-time, 1985 Fleer. I'm still working on this set, a project I began a few years ago. 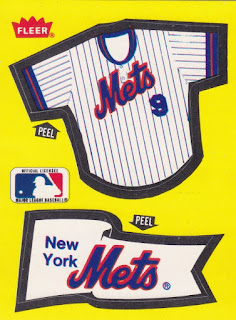 - Mets Jersey/Pennant sticker - There are a couple of different stickers for each team. One of the things that I miss about '80s Fleer cards are the stickers. They're just fun, and so much more edible than Topps' gum. There's a great website called The Fleer Sticker Project that can tell you all about 'em. 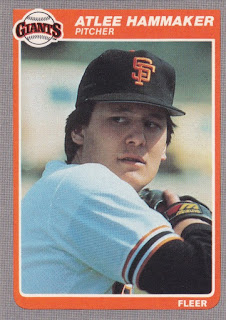 608 - Atlee Hammaker - Each card is color coded according to the team that is represented. This was my favorite thing about this set growing up, and it really helped me learn all of the teams and their representative colors. 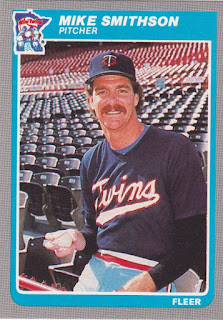 289 - Mike Smithson - Smithson was the type of workhorse that would be appreciated in today's game, but I don't really remember anything about him. He logged 252 innings in 1984 and posted a 3.68 ERA, with a pretty solid K:BB ratio. Whew, look at those empty seats! 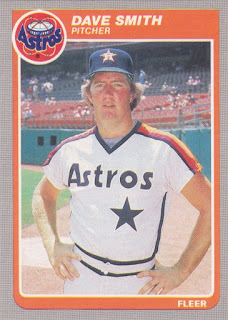 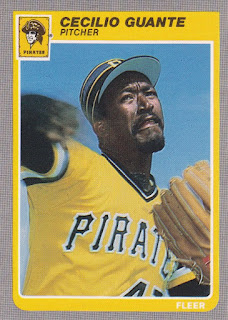 465 - Cecilio Guante - This is an excruciating closeup shot. 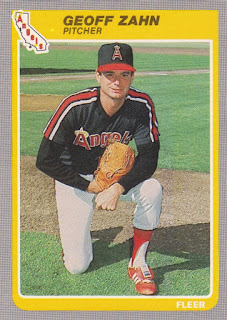 317 - Geoff Zahn - As is often the case in these types of sets, there were some curious choices with how team colors were assigned. I always associate the old California Angels with yellow because of this set (and 1986 Fleer as well) and I guess they must have grabbed the color from the halo? 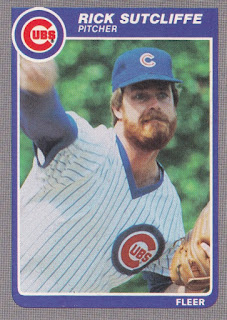 69 - Rick Sutcliffe - After a lousy start to his season with Cleveland, Sutcliffe went 16-1 with the Cubs and became one of the National League's most dominant pitchers. It seemed like he was on WGN every other day back then. 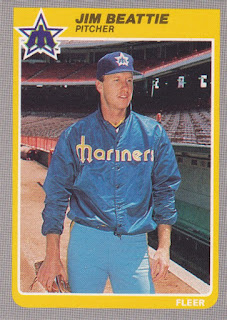 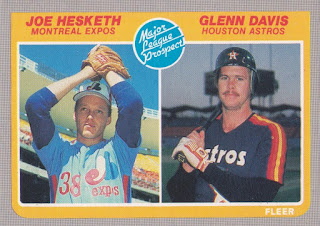 652 - Joe Hesketh / Glenn Davis Major League Prospects - This ended up being the only card I needed for my set in the two packs that I purchased. Hopefully I can upgrade a few cards, though. I remember this being a pretty nice card to have back in the day, as Davis had a couple of All-Star appearances under his belt. 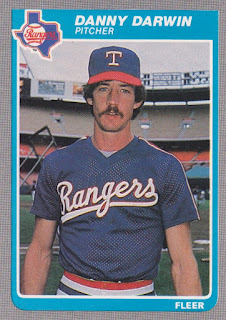 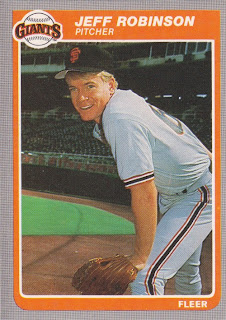 620 - Jeff Robinson - Jeff had scarcely a care in the world, having no idea that Fleer would confuse him with another Jeff Robinson just a few years later. 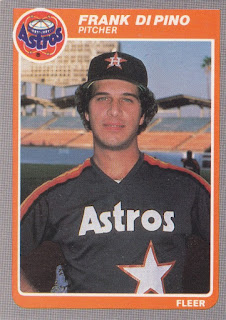 349 - Frank DiPino - Before he became a Cardinal, DiPino would go on to win the first night game at Wrigley Field. 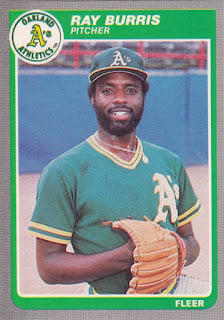 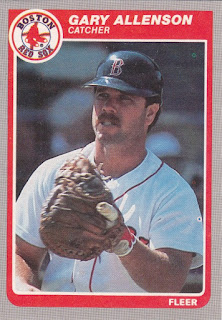 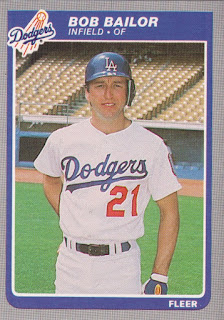 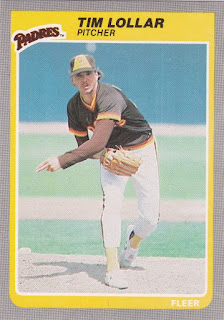 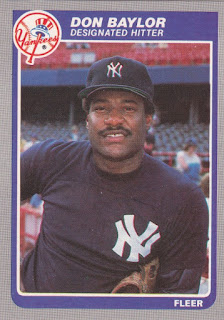 121 - Don Baylor - Apparently Dodger Blue was the same as Yankees Blue in Fleer's eyes. Not too many players got the DH designation on their cards back then, but Baylor certainly did. These days you could start your own league full of current major leaguers who can't properly field a position.

Email ThisBlogThis!Share to TwitterShare to FacebookShare to Pinterest
Labels: 1985 Fleer

Great times.
There are not enough moustaches in todays sport.