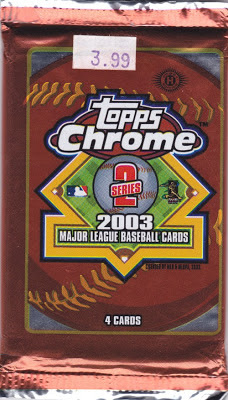 2003 Topps Chrome is a fantastic looking set. If it was more affordable, I'd probably be collecting it instead of the base 2003 Topps sets. I found this pack at a card show last month for less than $2. 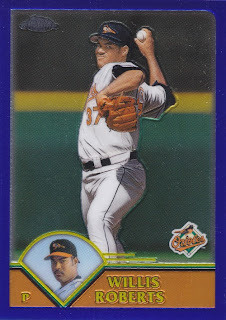 371 - Willis Roberts - Roberts spent 6 seasons in the league, but I've never heard of him. 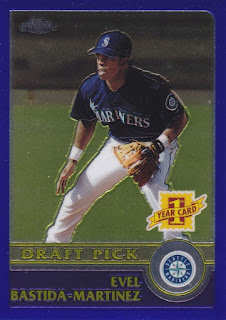 424 - Evel Bastida-Martinez - The last bit of news about this guy's career mentioned something about him getting suspended (and eventually reinstated) for going after another player with a bat during a game. In 2004. That's probably not good. 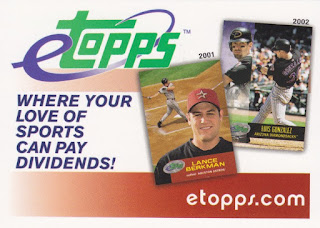 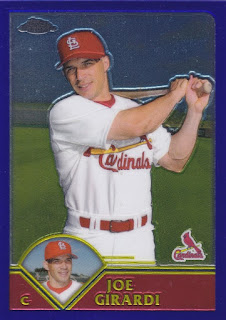 341 - Joe Girardi - The current Yankees manager as a Cardinal. 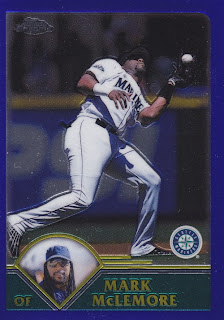 262 - Mark McLemore - Not the rapper, but he did apparently write a song that was a tribute to the late great Mariners broadcaster Dave Niehaus. The rapper, did, I mean.

Joe Girardi in a Cardinals uni is a nice card. I liked Girardi as a player and the backup catcher never gets many pieces of cardboard.