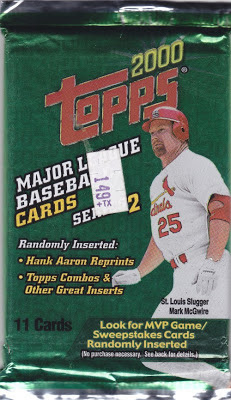 Here's another pack I snagged at a card show recently. I barely have any 2000 Topps cards and have never so much as seen a pack of the stuff on a shelf before. This wasn't really on a shelf, either. It was buried in a pile of dusty junk on a table in a well-past-its-prime mall. And now you get to open it, virtually. 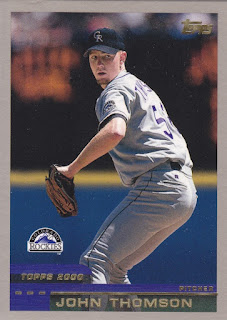 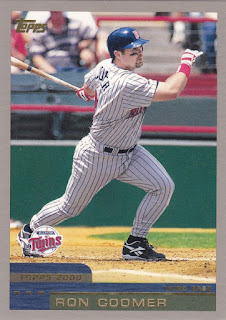 437 - Ron Coomer - In the past 10 years, Topps has used a non-white border design exactly one time, and it was boring old greasy fingers-attractin' black. Topps base cards continue to be the most disappointing thing to me about my return to collecting, so it's nice to go back to a time when they seemed to at least be trying some things. 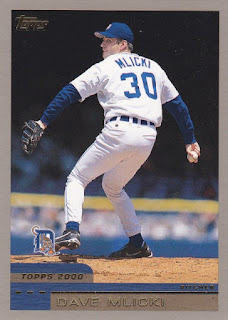 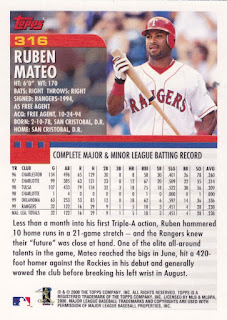 316 - Ruben Mateo - I'm sure this upset the Topps purists, but this is a seriously nice looking card back, complete with a completely different photo of the player. Aside from this set, you have to go all the way back to 1993 to find cards with a portrait-oriented reverse. 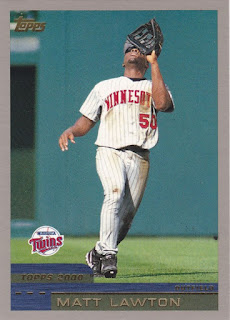 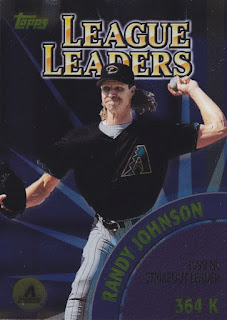 465 - Randy Johnson / Pedro Martinez League Leaders - Here's the first problem I've seen. These foilboard two-in-one cards look dated and kind of terrible. I've probably passed over quite a few of these cards that I actually needed in nickel and dime bins because I never bothered to notice someone I collect on the reverse. 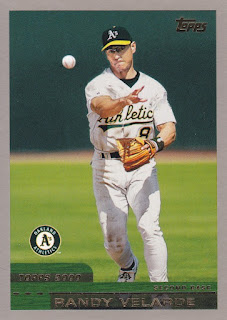 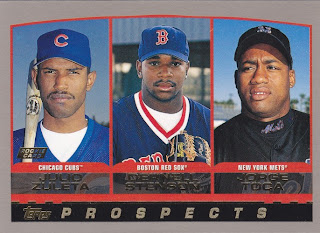 444 - Julio Zuleta / Dernell Stenson / Jorge Toca Prospects - These fine fellows have a grand total of 141 games logged between them. 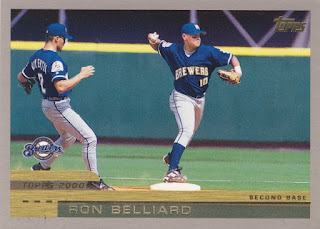 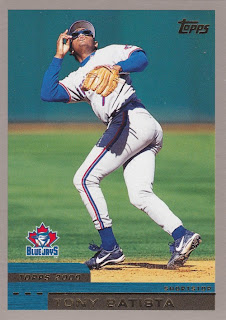 439 - Tony Batista - Okay, enough about the design. Playerwise, this pack flat out sucked, aside from the League Leaders thing. 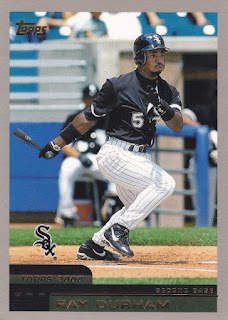 My problem with the portrait-oriented reverse is that you cannot see the card number if your set is stored in a box. It does look good in a binder, but if I am putting together a set in a box it is very annoying. Plus, gray is not a good look for a baseball card. Overall, I think this is one of the worst flagship sets ever.