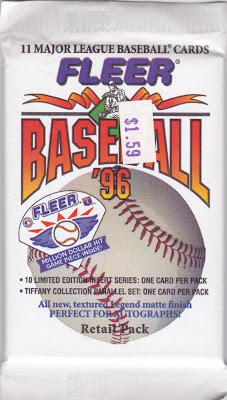 We've already seen the hobby version of this product, but 1996 Fleer is such a weird bird that I figure everyone deserved another look. This time, that look is in the form of a retail pack. Sadly, I paid nearly 8 cents more than the price on the sticker for this batch of fun. Inflation, I guess! 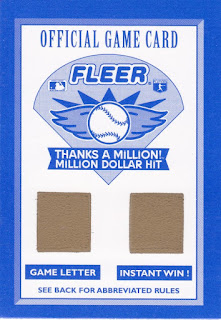 - Official Game Card - We start off with an official game card. Did I win? Maybe? The Thanks a Million! contest ended before Bill Clinton was reelected, though. 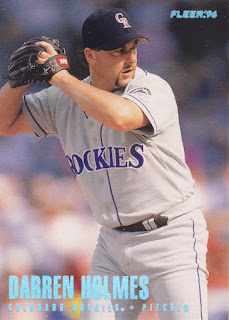 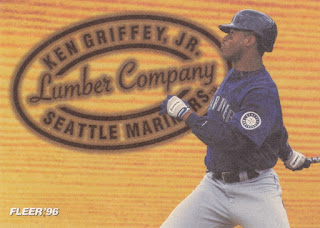 4 of 12 - Ken Griffey, Jr. Lumber Company - Right off the bat, it's an insert card and a pretty good one at that. I know Griffey still draws some interest in the card collecting world. 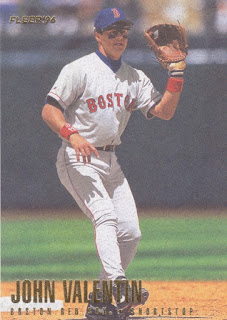 37 - John Valentin - So about these cards... they're crazy thin, right? I love that they are matte finished and, while I'd probably reduce the size of the gold block lettering, the design works for me. The problem is that these cards are basically the same thickness as an index card. Fleer did something radical that I really appreciate all these years later, but I can't imagine the reaction to it was very good and I'm sure the whole thing was a major cost reduction run through a marketing person's filter. 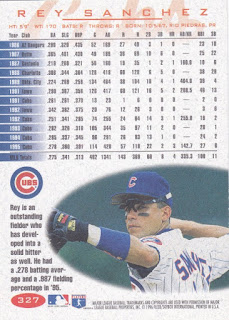 327 - Rey Sanchez - Lots of stats on the back and a big brand new picture. 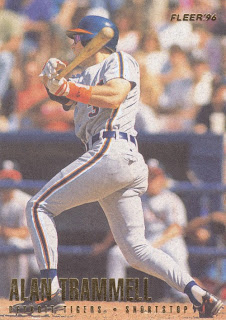 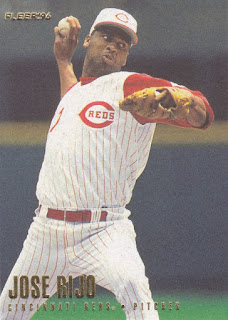 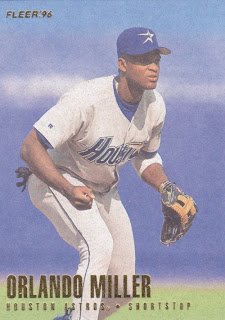 416 - Orlando Miller - I get a bit misty-eyed when I see Astros players in the old orange rainbow jerseys. I can't say the same thing about these jerseys. 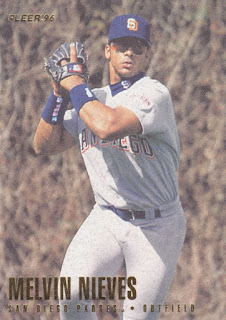 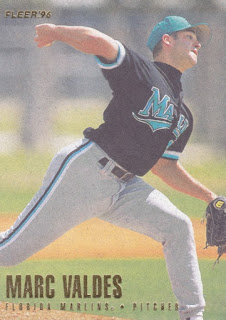 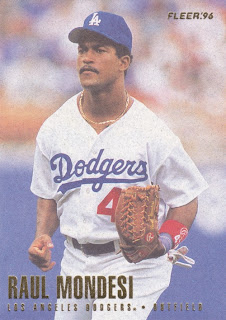 441 - Raul Mondesi - Mondesi was coming off of his only All-Star season. 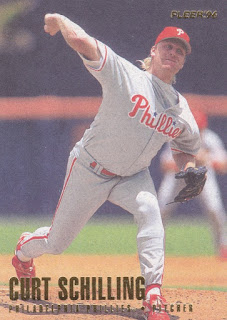 507 - Curt Schilling - Apparently this guy did something somewhere for someone at some point. I wonder if anyone DNA-tested that sock.