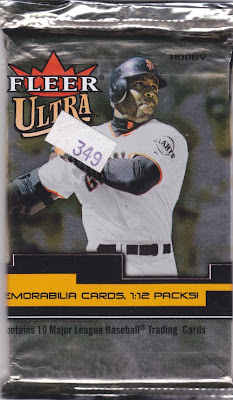 Ah, 2003. This pack comes from the point in time over which 50 Cent once reigned. Steroid monster Barry Bonds won his third consecutive MVP award despite only accumulating 390 ABs, which is in the range of what many platoon players see. Of course, he walked 148 times and was hit by 10 pitches, so there's that. 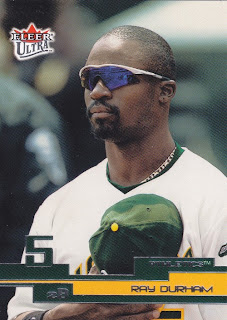 33 - Ray Durham - This is a weird design. Lots of straight lines and 90 degree angles. 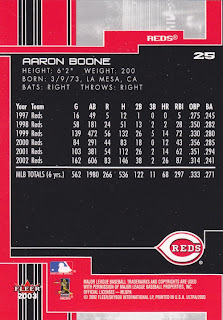 25 - Aaron Boone - 2003 was the year that Aaron Boone burned the Red Sox and then basically wasn't heard from again. 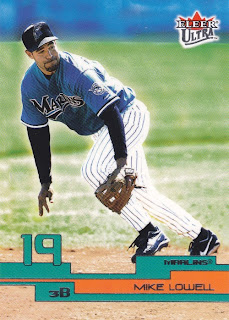 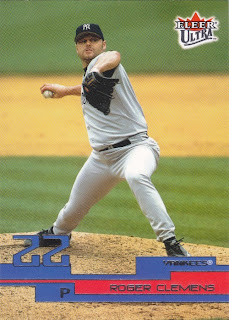 36 - Roger Clemens - I'm usually a Yankees defender, but I can't defend this guy. 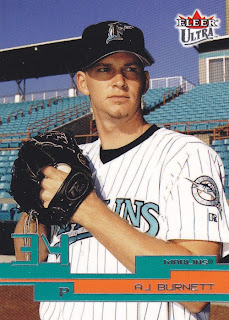 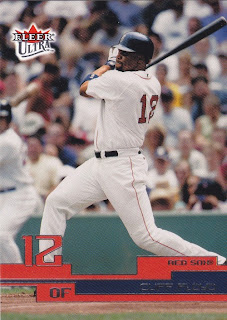 
C'mon, guys. Let's get him some followers! 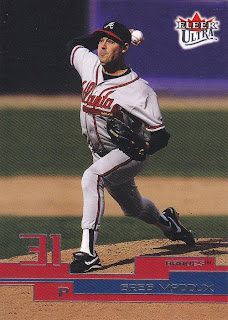 66 - Greg Maddux - Maddux is very popular with the collectors. And the ladies. Especially when he puts on those '90s glasses. 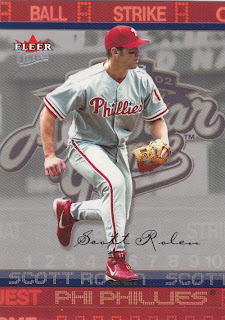 211 - Scott Rolen All-Stars - All-Stars are part of the base set but fall at 1:4 packs according the wrapper. This is my favorite card of the pack by far. I hadn't seen these before and they look nice. 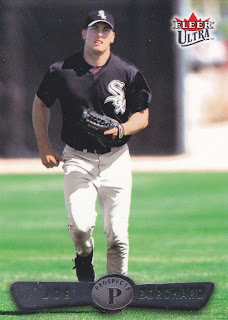 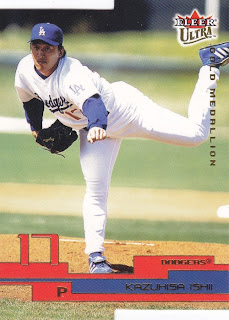 28 - Kazuhisa Ishii Gold Medallion - Fitting with the overall design of the set, these Gold Medallion parallels are die cut in an odd way. Is this the Tetris Set? If you like naming sets, feel free to chime in.

I don't remember ever seeing this design. I must not have the Griffey yet....

I like the die cut Gold Medallion cards. One of the better iterations of the Gold Medallion I've ever seen (remember the stamp from '95? So boring....)

I'm with The Junior Junkie. I don't think I own a single 2003 Fleer Ultra card in my collection.

haha, I was hoping someone would catch "the juggler" thing.