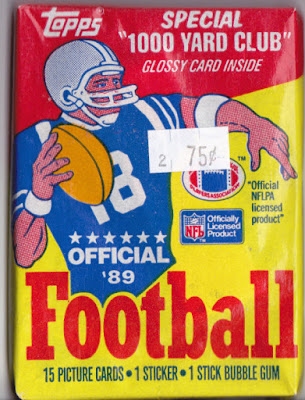 Who's ready for the Super Bowl? Let's rip a pack from 1989 Topps. Front of pack mention one sticker when there is none. It consist of 1000 yard club insert card. 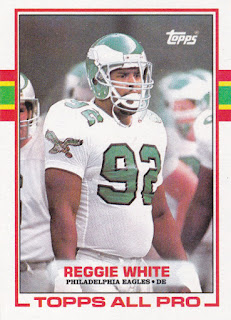 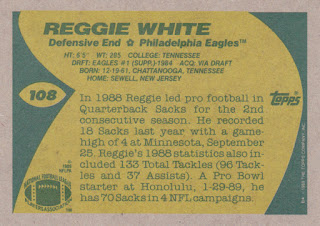 108 - Reggie White - got a legend with the late Reggie White. He would go to Packers getting a Super Ring against the Patriots. 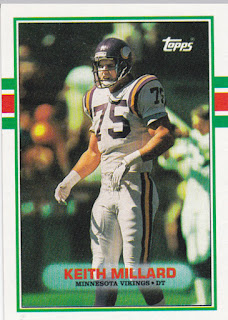 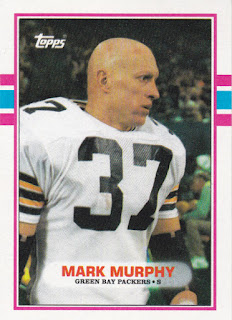 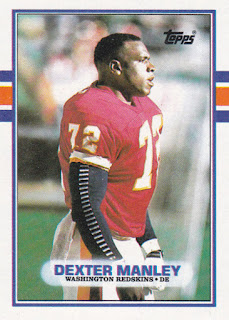 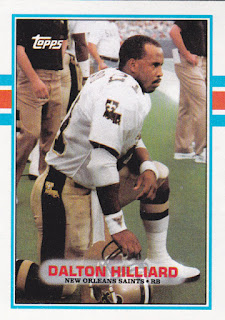 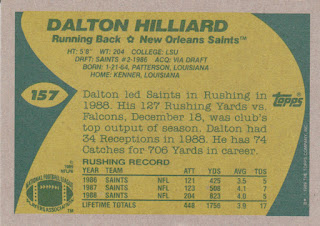 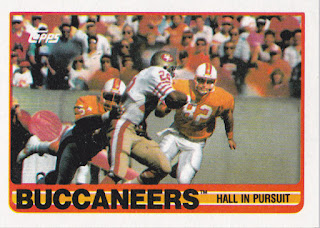 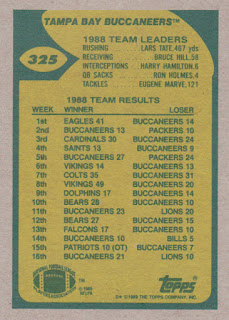 325 - Tampa Bay Buccanneers - finished 5-11 in 1988. Photo showed them chasing down 49ers player from a game that took place in week 2 of 1989 season which Bucs lost. Hall referring to Ron Hall (No. 82) who played tight end. Must be special team play since Ronnie Lott (no. 42) intercepted both of Vinny Testaverde passes. 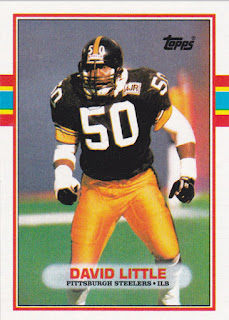 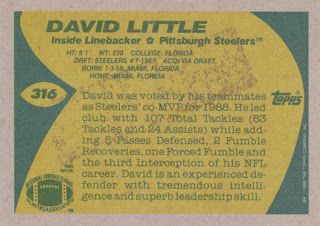 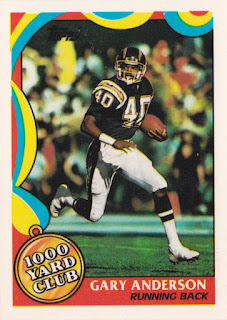 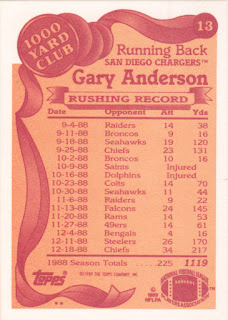 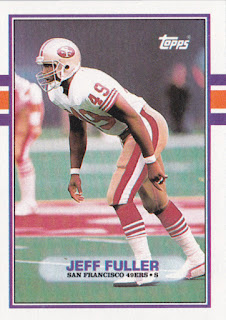 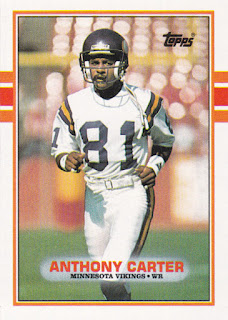 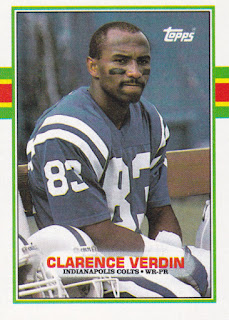 215 - Clarence Verdin - before there was Dante Hall and Devin Hester there this guy who was one of best return specialist during this time. 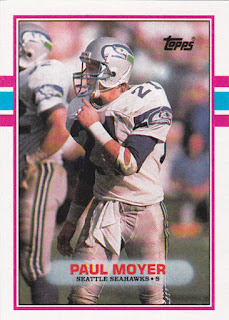 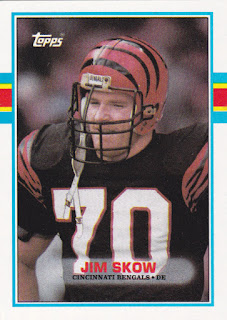 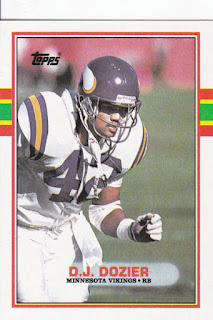 88 - D.J. Dozier - lesser known two sport player. After his football career ended he played in Mets minor league system getting called in 1992 playing in his only 25 games of his MLB career. 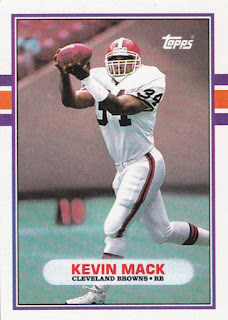 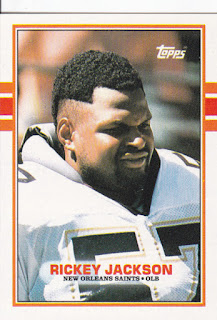 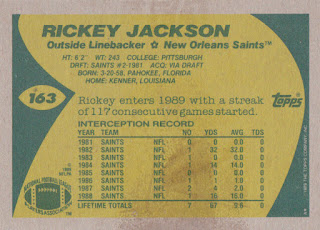 Who got the pizza and wings ready for the Super Bowl?

Reggie White - a bit of foreshadowing? HoF and just a good guy. Not a huge fan of the design but some good cards here. Gary Anderson and Anthony Carter are a couple of favorites of mine. I also love any Bucs in the creamsicle unis. Dalton Hilliard was a really good back in the day. Thanks for the trip down memory lane. Some great stuff there.

Three Vikes is a sweet pack in my book.