Written by Jafronius at 1:11 PM
Greetings!

Hope everyone is doing well.  Today is Valentine's Day, so I don't expect much activity on the site since most of you will be off doing romantic things with the significant other.  In the history of APTBNL, there have been 4 posts on this day (I've made two of them).  However, none of the 4 posts have been about what this day represents...love!  Not anymore (kinda)...here's some stickers from Beauty & The Beast!


During the holidays, I came across these guys during a Dollar Tree run and thought this could be a nice stocking stuffer for The Wifey, because she's a huge fan of the movies (the animated and live-action versions).  Therefore, I got a handful of packs and an album for her.

When she opened the gift Christmas Day, it was almost like my boys opening their first pack of cards.  She declared that we'd be buying more packs to get her to the point where she can order the rest of the cards she needed from Panini to complete the set.  I guess I lucked out Rittenhouse or Topps didn't release some high end collector set for the movie.

Anyway, I was able to take some pics of stickers from a pack before she put them in the book.  7 autocollants par paquet...let's see what she got: 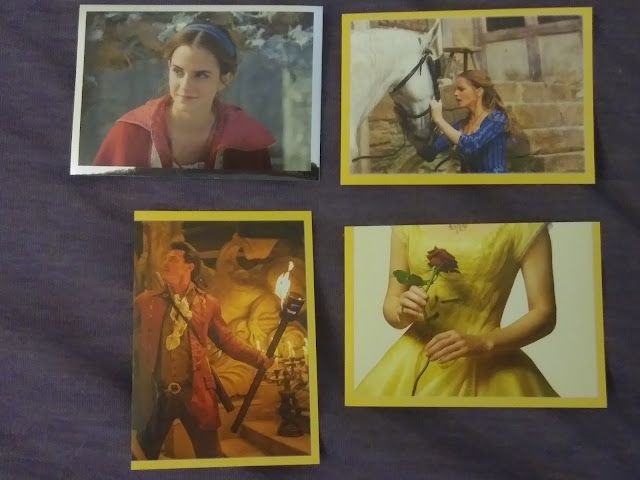 Since they're stickers, there's no info on the back, so you get a shiny bordered Belle, Belle with a horse, Gaston with a torch, and Belle's torso.  The shiny borders doesn't mean there's a parallel set to collect; I think there's a page in the album where all the stickers are shiny bordered. 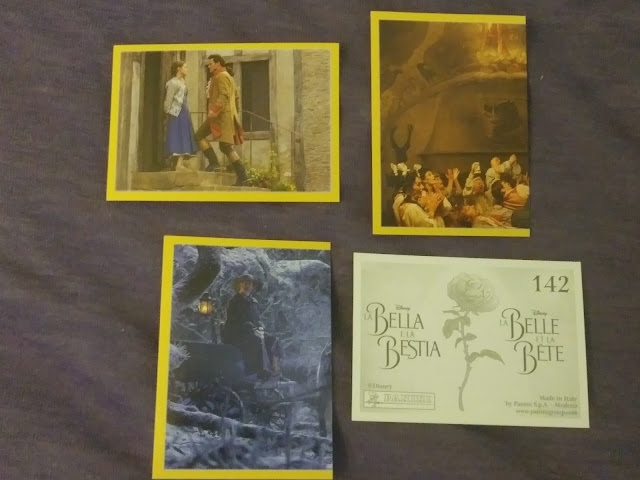 Here you have Belle and Gaston, some sort of party, and someone in a carriage (sorry, The Wifey saw the movie twice, without me).  I also put the back of #142 as an example. 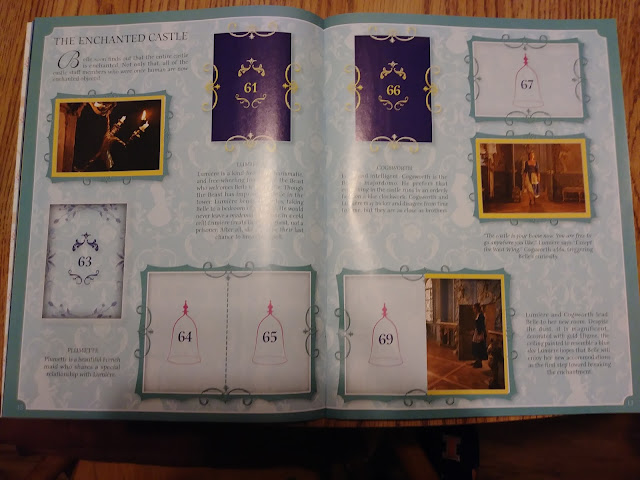 Here's an example of a couple of pages from the album with bonus stickers for you.  She hasn't decided if she wants a second album for all the duplicates she's gotten already.

Anyway, that's the pack.  Happy Valentine's Day to all, and thanks for reading!

Nice lead in to Valentine's Day! I've seen these here in Germany...I might have to pick a few up now.