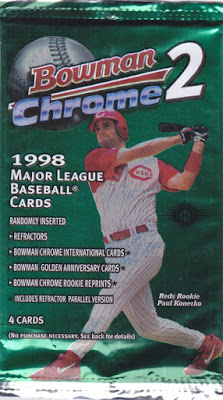 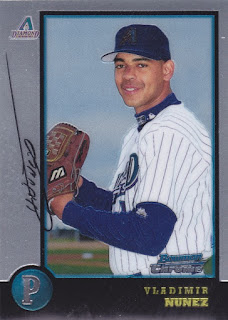 331 - Vladimir Nunez - Over the course of his scattered MLB career, Nunez was just a bit below replacement level. That's not a great level to be at. 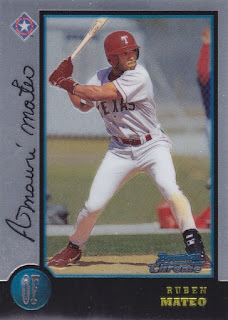 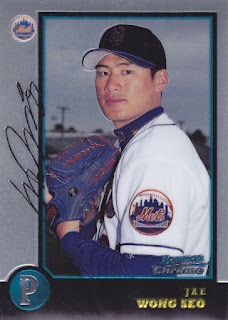 438 - Jae Weong Seo - After some early big seasons as a Mets starter, Jae Seo went on to pitch in the Korean Baseball Organization for eight seasons. 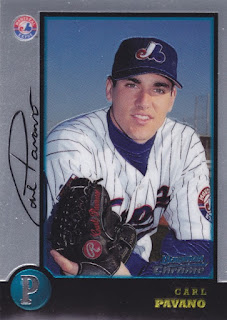 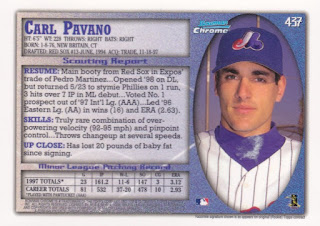 Here's a look at the back, featuring the typical (for the time) Bowman Scouting Report. The binding theme for this pack? All of the cards are "prospects" rather than big leaguers, but none of them are actually the coveted 1st Bowman Card.