Written by Billy Kingsley at 2:50 PM
My mom found a pack of this set at the local dollar store earlier in 2018. Crazy to think that a set from 2003 could still be found on store shelves in 2018 isn't it? Even more so considering that the store didn't even exist yet then, it only opened about 5 years ago!

As it turned out, I even needed one of the cards from the pack, even though I did a hobby box when the set was new! 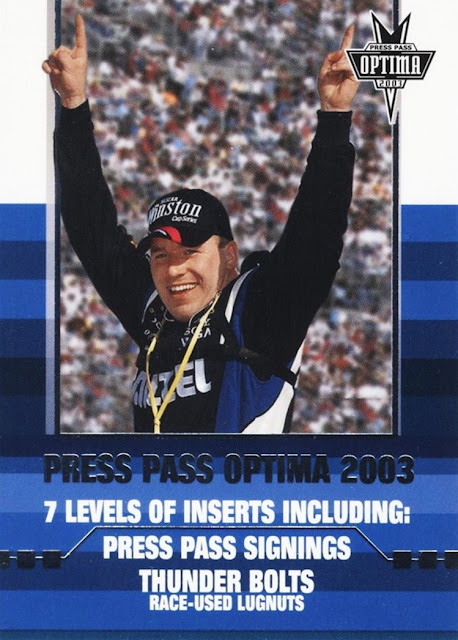 The first card out was #50, the last card in the set, and the checklist, which reuses the packaging picture. The packaging depicted Ryan Newman that year. 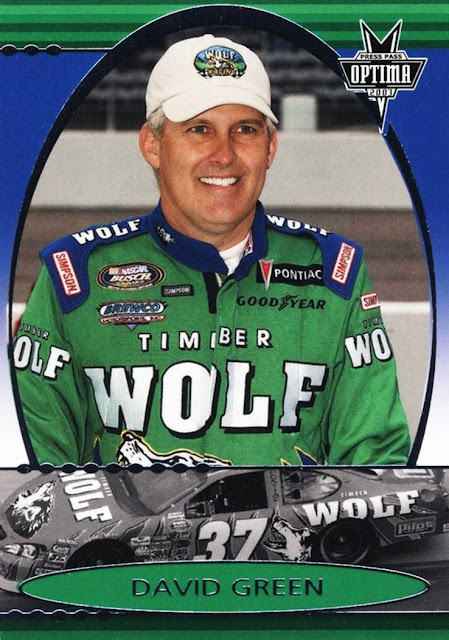 #30, David Green. A rarity to see a tobacco sponsored car NOT get censored! 2003 was the final year for Pontiac in NASCAR. 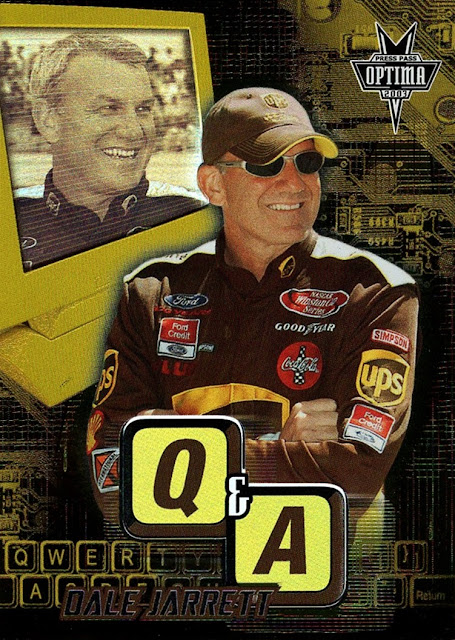 Q&A #QA4. I actually needed this insert! Dale Jarrett was sponsored by UPS so a lot of his cards were brown themed from 2001-07 (when he retired). This insert is team-color coded 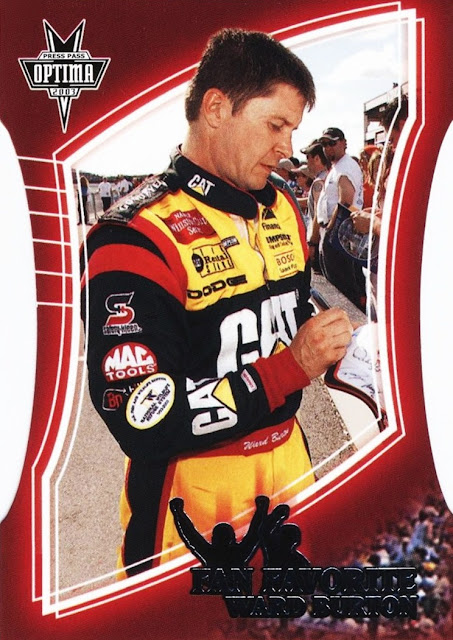 Fan Favorite #FF11. A one-per-pack insert, which is die-cut. The large white curved areas are cut outs, not white cardboard. Ward was coming off his most successful season in 2002, winning the Daytona 500. 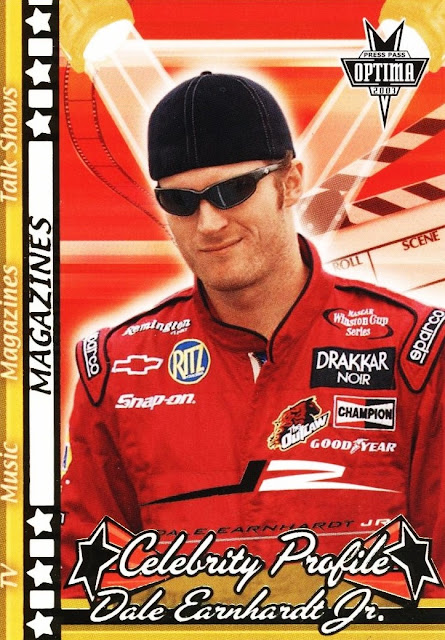 Gold #G48, a one per pack parallel. Dale Jr. is my all-time favorite driver, so that was a plus. This was a duplicate, which was not a plus. However, every Cup card issued for him between 1999-2007 were censored, as Budweiser was his sponsor.

Even though I only needed one card out of the pack, I still consider it a successful pack as I got something new out of it, from the 2003 season which has probably about the highest completion percentage of any season of the Press Pass era.

More NASCAR coverage at my own blog, Cardboard History.  Thank you for reading.

Wow...it is amazing to find that card you needed! Glad you did.

Awesome. Crazy that was still for sale outside of a card store.